Presiding over the west of the town are four windmills, which once provided grain for the island, now they are extremely popular with photographers, along with the area of the town called Venetia (Venice), so called because its houses hug the water. It is a colourful, romantic area, especially when the wind whips up causing waves to crash against the taverna walls – sitting al fresco at times like this does become a perilous experience!

This area has featured in several films, the most notable of which is the scene at the end of the Bourne Identity. Little Venice is frequented by celebrities and by the most famous resident of the island, a pelican, the island’s mascot. Legend has it that around 40 years ago a local fisherman found a wounded pelican and nursed it back to health. The pelican refused to leave the island and made Mykonos his home. When it passed away the island went into mourning and Jackie Onassis donated another pelican to the island called Irene, a zoo in Germany donated another, Petros, and there is now a third after history repeated itself and an injured bird was found a few years back on the island. He was named Nikolas!

Mykonos Town has a great choice of eateries, from the slightly more pricey at Venetia to the more established family tavernas tucked away in the back streets. Its shops sell exquisite clothes, lace, folk art and jewellery as well as the more traditional Mykonian souvenirs: hand made leather sandals & almond cakes.

Twilight falls, lights on the cruise ships twinkle in the bay and the streets of Mykonos Town become busier as people choose a restaurant and plan their evening. Mykonos Town is famed the world over for its nightlife and it doesn’t disappoint. Streets become thronged with locals and visitors and the revelry continues well into the night. Many clubs are very chic (and quite pricey) whilst others cater for a younger crowd; many clubs host international DJs and as if that weren't enough, there are also beach parties and full moon parties!

An oasis of serenity a stone's throw from Mykonos' glamorous nightlife.

A welcoming hotel with a contemporary design.

This small, friendly hotel has had many repeat visitors over the years. 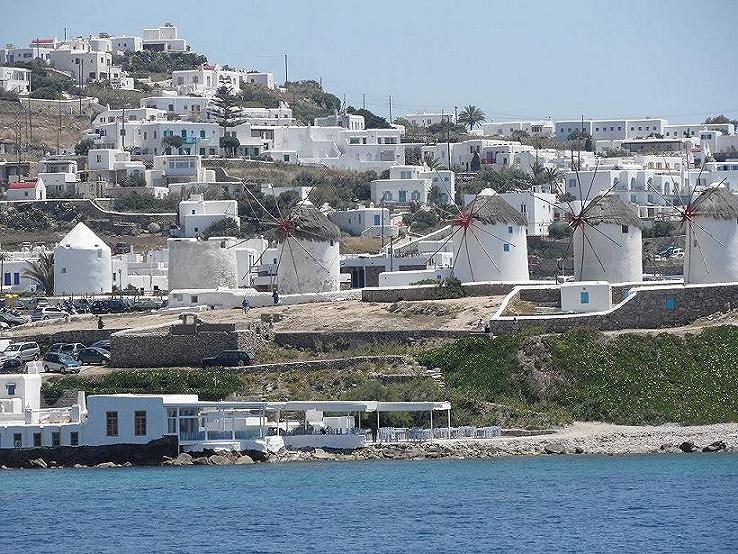 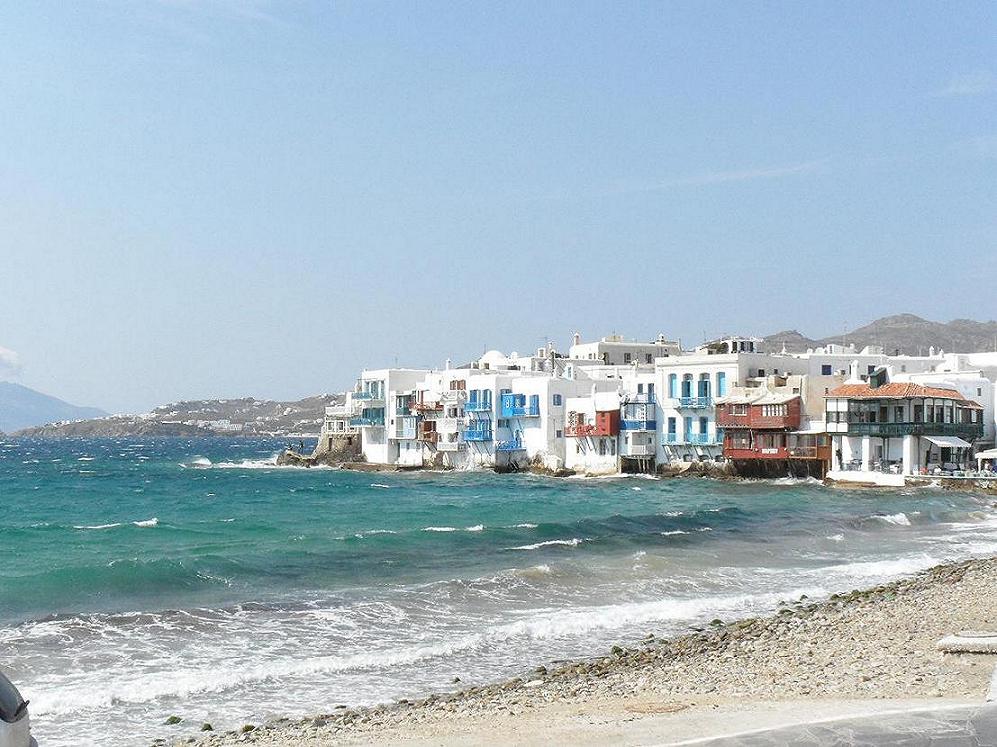 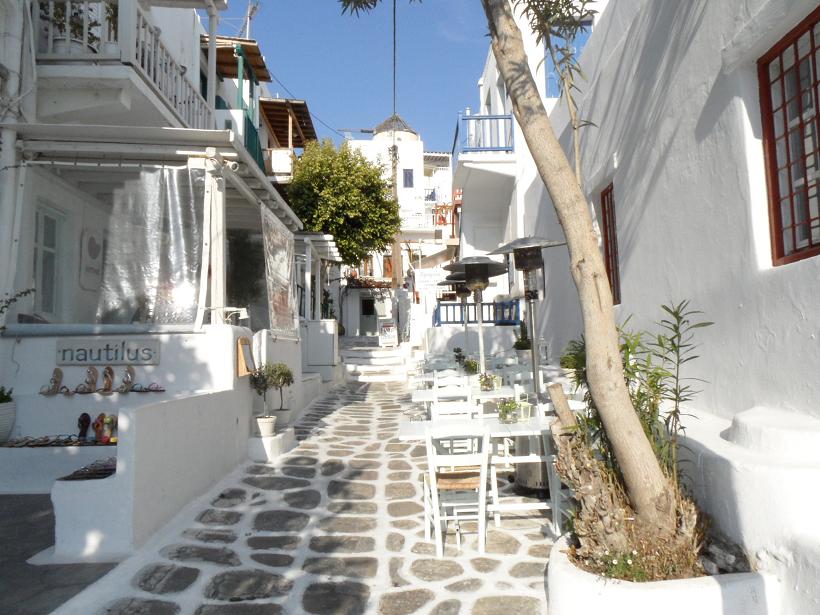 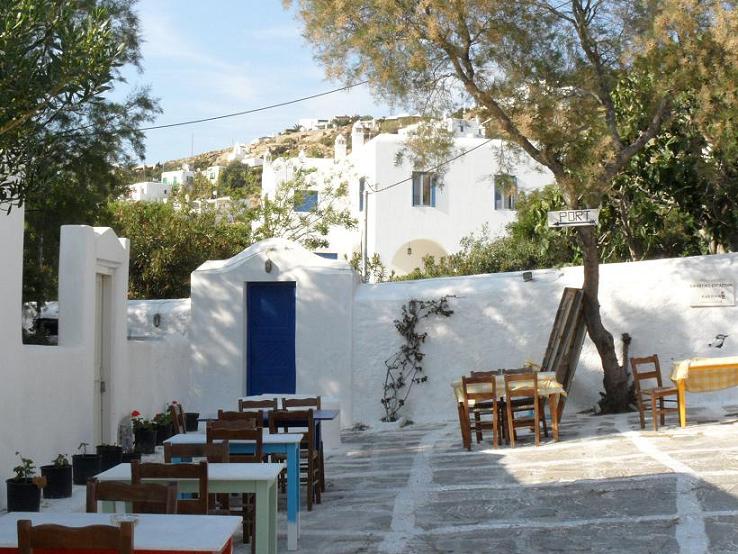 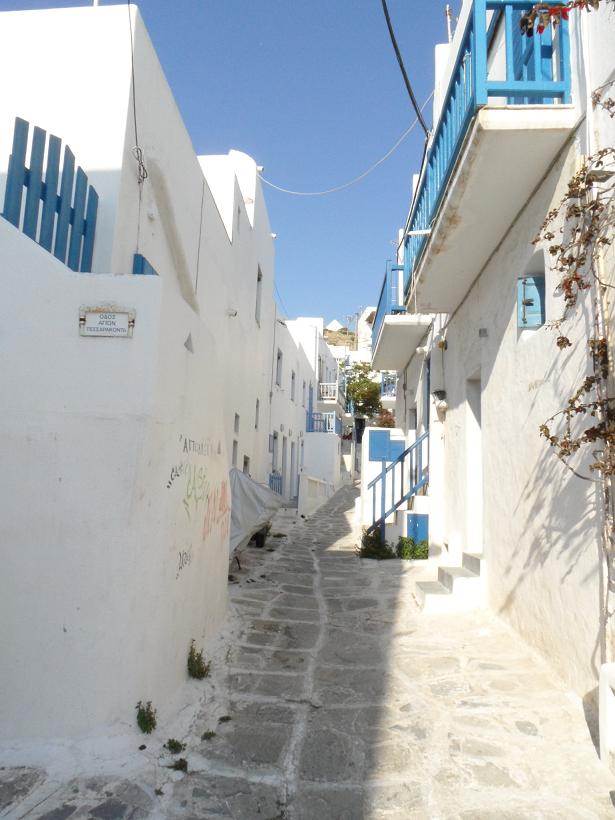 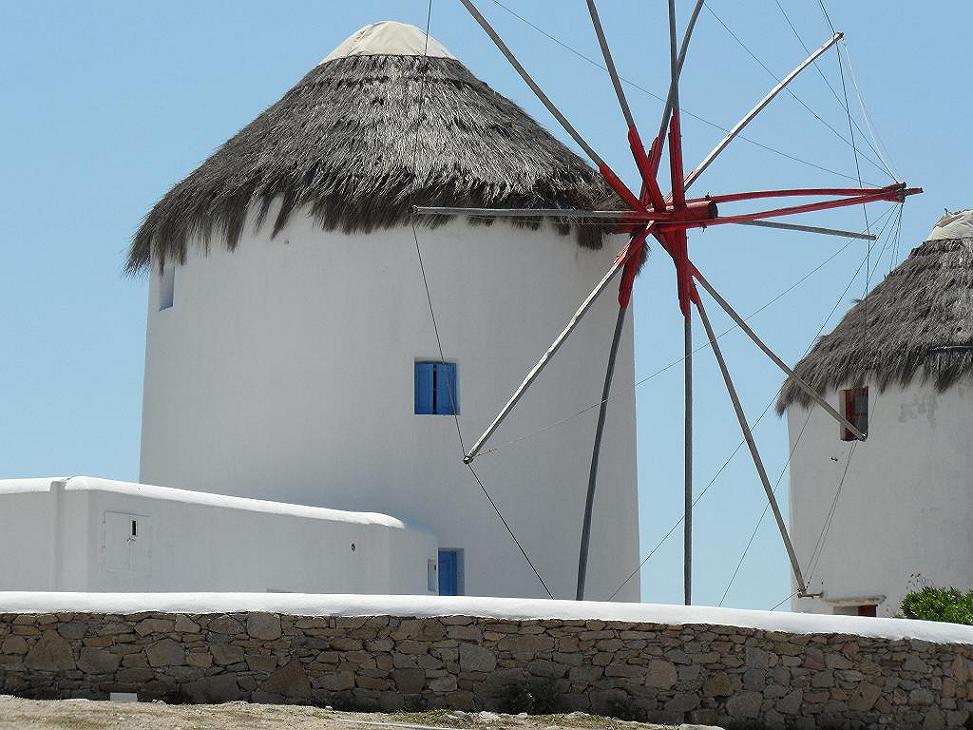 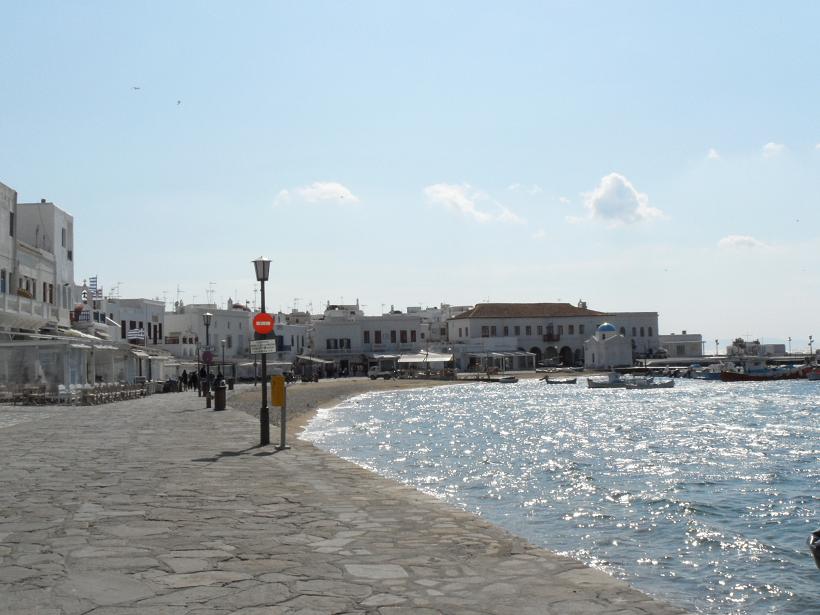 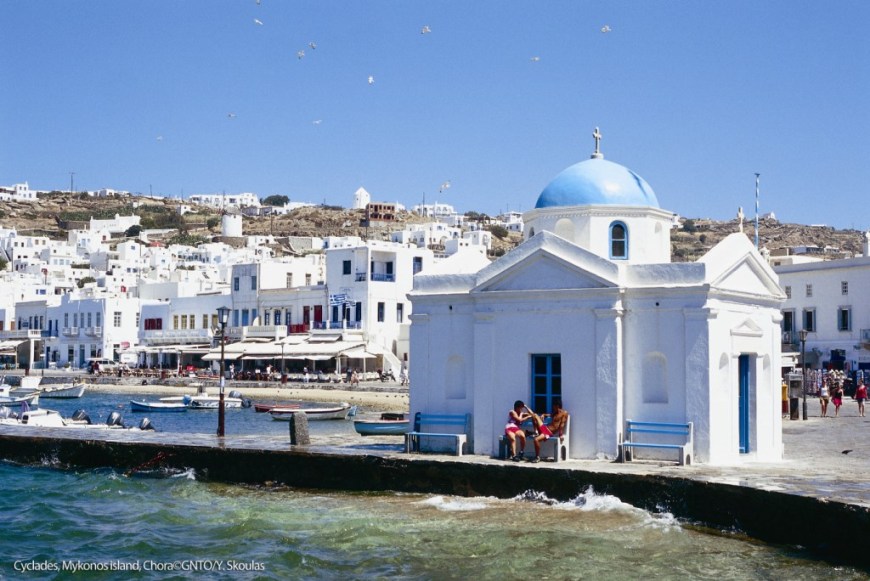