The seaside town of Pylos sits at the south west corner of the Peloponnese, just beside Navarino Bay. This was the site of a decisive battle in 1827 during the Wars for Greek Independence. The town itself was built in 1829 and many of the original buildings have survived until today.

At the entrance to the Bay of Navarino lies the rocky island of Sfaktiria. Here are remains of an ancient fort; it's also the burial place of Napoleon the Great's nephew.

Pylos is first mentioned by Homer in the Odyssey:

We left for Pylos, Nestor too
the shepherd of the peoples,
And He, receiving me the king,
within his halls so lofty,
Embraced me with all
eagerness as father does
his youngling
His son back from long time abroad.

Pylos had a deep natural harbour which meant that sea-faring was of the utmost importance here so the Venetians built a castle on each side of the harbour to defend it.

North of Pylos is Nestor's Palace; Nestor took part in the Trojan War and his town was the second largest in the Mycenaean world. Built in the 13th century BC, the palace was destroyed by fire a century later. Excavations have revealed the remains of a luxurious two-storey central building and two auxiliary buildings.

Zoe Resort is situated on a beautiful beach along the northern shores of the Navarino Bay.

Karalis Beach is built in the most beautiful area of Pylos, by the sea, below the castle and in the forest. 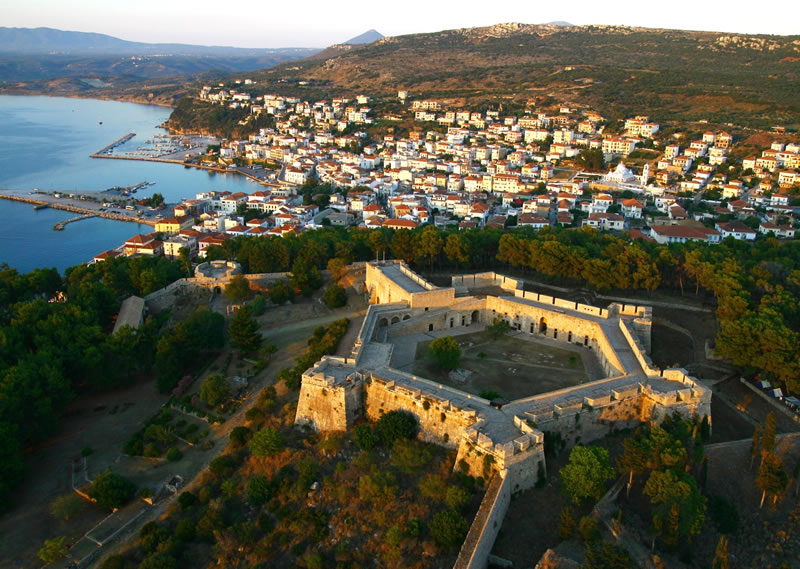 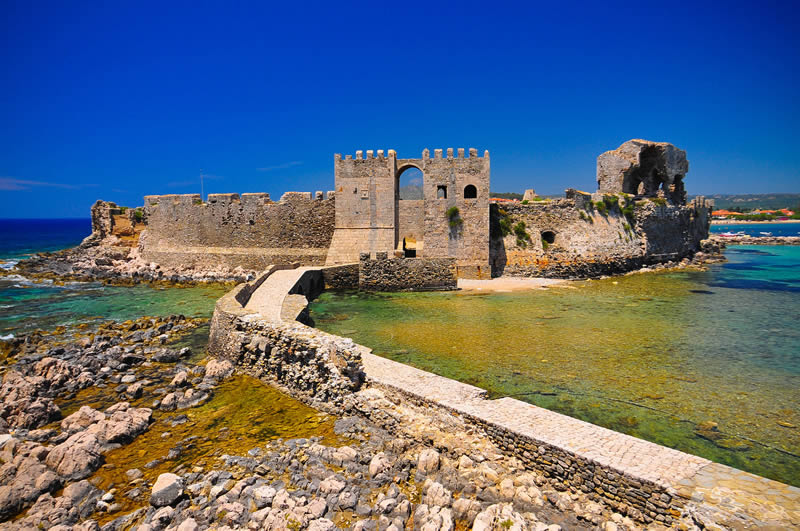