Casablanca is an important gateway to Morocco, it is also a thriving business centre with a large and relatively wealthy population living and working in high rise developments. There is still an old medina though and the Hassan II Mosque is an incredible building, comparable to Mecca in size, and at night the minaret's laser beam lights the way to the home of Islam. Casablanca provides a perfect overnight stop on arrival, as many international flights arrive here, or as a last night to sample the romance of a fictional bygone era.

The architectural tradition of the city endures to this day with the hectic Mâarif district exemplifying modern Casablanca. This previously impoverished area, just west of the Arab League Park, has gradually been transformed and is now one of the most prominent neighbourhoods in town. The young Moroccan jet-set patronise its luxury shops and its trendy establishments.

The Sultan Sidi Mohammed ben Abdallah decided, in the middle of the 18th century, to rebuild ancient Anfa (the hill), a small Berber 7th century town, from its ruins. The ancient medina, still partially enclosed by ramparts, became the first district of Casablanca. You'll find a traditional atmosphere and a thousand small crafts and trades in the maze of alleyways and workshops. The other facet of the town appeared during the first half of the 20th century when Casablanca became a showcase of Art Deco architecture. The Habous area, situated 3km away from the city centre, is unique in Morocco: a new medina entirely designed according to the traditional model. Initially, it was intended for the rural population coming to work in Casablanca but it shows the city's population's capacity to adapt perfectly to the constraints of the modern world.

The great Hassan II mosque was inaugurated on 30th August, 1993. The prayer hall can fit in a congregation of 25,000 and its esplanade 80,000, in fact it can become a open patio in 3 minutes thanks to its retractable roof. The 200m high minaret makes it the highest religious building in the world. This architectural gem is open to non-Muslims outside prayer time.

The Sultan Sidi Mohammed Ben Abdallah reinforced the medina's ramparts in 1770. You will have a fine view of the medina and the port from this stronghold, now converted into a restaurant. The port was built at the turn of the 20th century and is protected by a 3180m long artificial pier; the El Hank lighthouse, built in 1920, facilitate safe access to the port. A very busy market is held in Place de la Comédie, to the west of the medina, where you will also find a pleasant public garden inside of which the koubba (shrine) of Sidi Bou Smara is situated.

The Art Deco area is situated to the east of the medina where you can visit several locations which give the city its unique architectural character: Mohammed V Place, Arab League Park, the wide palm tree lined boulevards… for example, the Villa des Arts, an Art Deco style house built in the thirties which is surrounded by a 2500m² garden and the Wilaya, the administrative headquarters, built between 1927 and 1936 by Marius Boyer. The panelling in rare woods, the multi-coloured zelliges (ceramic mosaic) and the leather adornments have particularly benefited from recent restoration. It is built around a central triple patio embellished with a tropical garden. Two monumental paintings by Jacques Majorelle hang in the main staircase. You can have a unique view of all Casablanca from the top of its 50m high tower.

In the evening, you can take the Aïn-Diab coast road between the El Hank lighthouse and Sidi Bou Abderrahmane mausoleum, a small village only accessible at low tide; archaeological digs have shown that it has been inhabited since prehistoric times. This coast is Casablanca's seaside resort; it has swimming pools, public and private beaches.

Casablanca possesses the only greyhound track in Africa; Irish-bred greyhounds race there regularly and the best time to watch them is in the evening (racing on Mondays and Thursdays). The city extends along the sea where you can discover a succession of beaches and swimming pools, frequently using seawater. It is very popular with the inhabitants of Casablanca on weekends who go there to stroll and watch the sun go down from the terraces of its numerous cafés. Continuing northwards up the coast, you come to Mohammedia, an up-and-coming seaside resort which has a marina, a golf course and luxury hotels. About 20km further on, you arrive in Bouznika, its superb beaches have made this seaside complex one of the most reputable on the Atlantic coast; in particular, the Dar Bouazza beaches have become the new "El Dorado" of the Casablanca suburbs for beach clubs. Thalassotherapy and Balneotherapy centres have been available in hotels and other establishments of Casablanca for a long time - let yourself be pampered by the refined care based on ancestral recipes given there.

The Kenzi Tower is in the centre of Casablanca. This luxury hotel offers impressive views of the Atlantic and the city.

The Hyatt Regency is in the centre of Casablanca, just a few steps from the Old Medina. It has great views of the Hassan II Mosque and the Atlantic Ocean.

Hotel Odyssee Center is located in the business and cultural centre of Casablanca. It provides easy access to the main attractions sites of the city and is approximately two miles from the Hassan II M ... 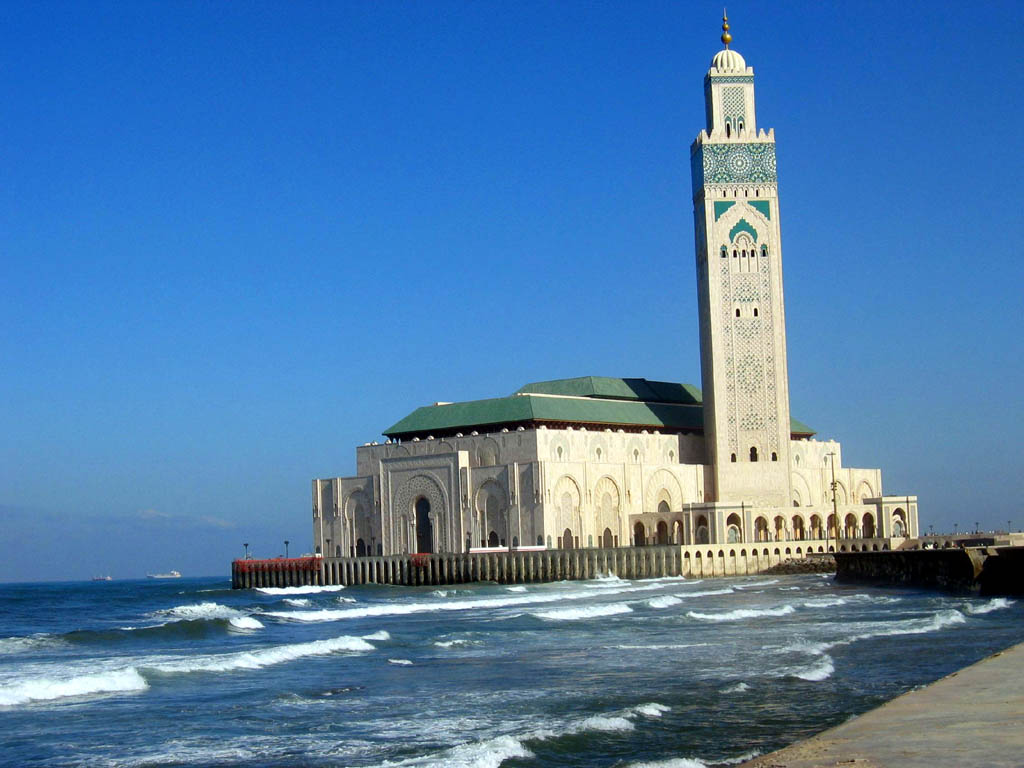 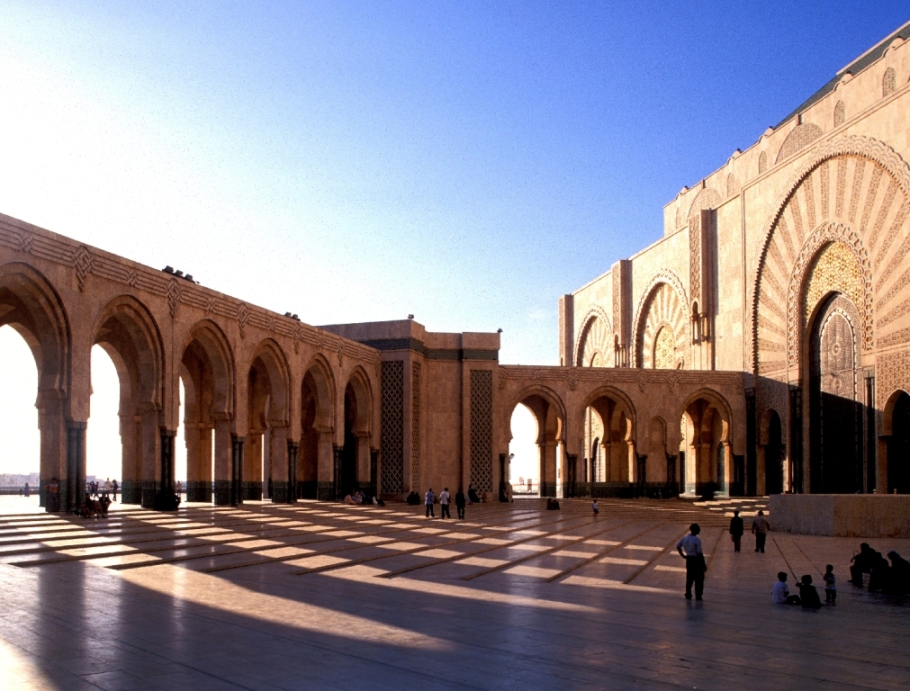 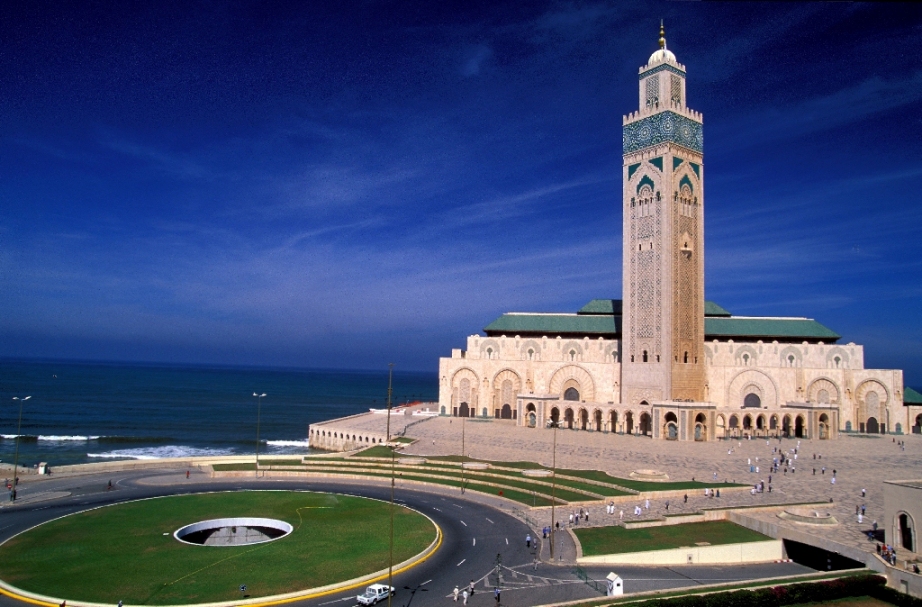 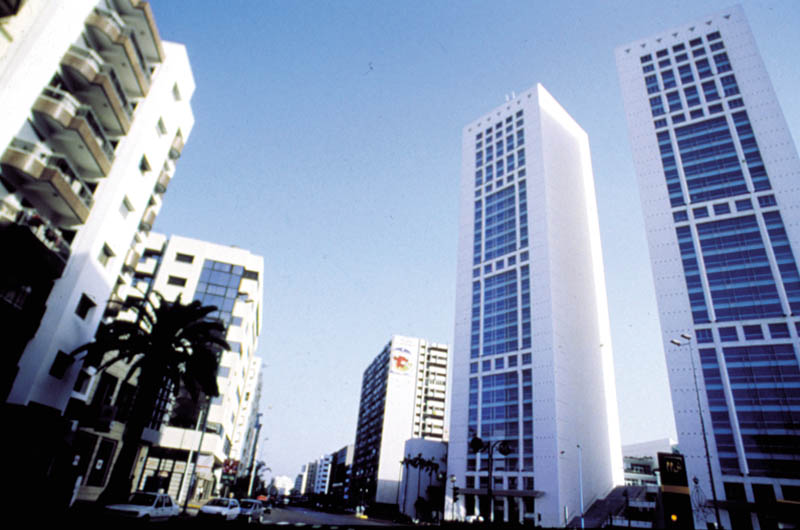 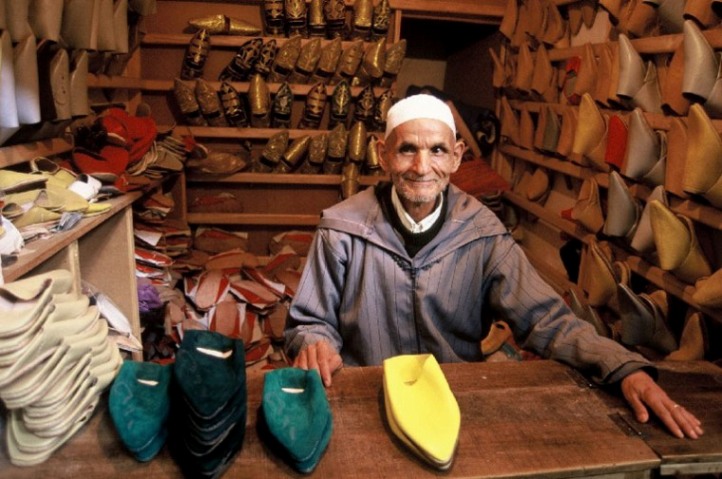 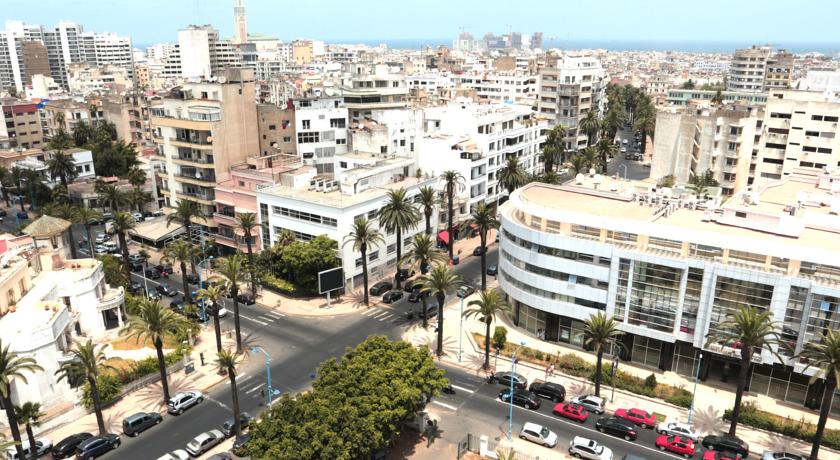 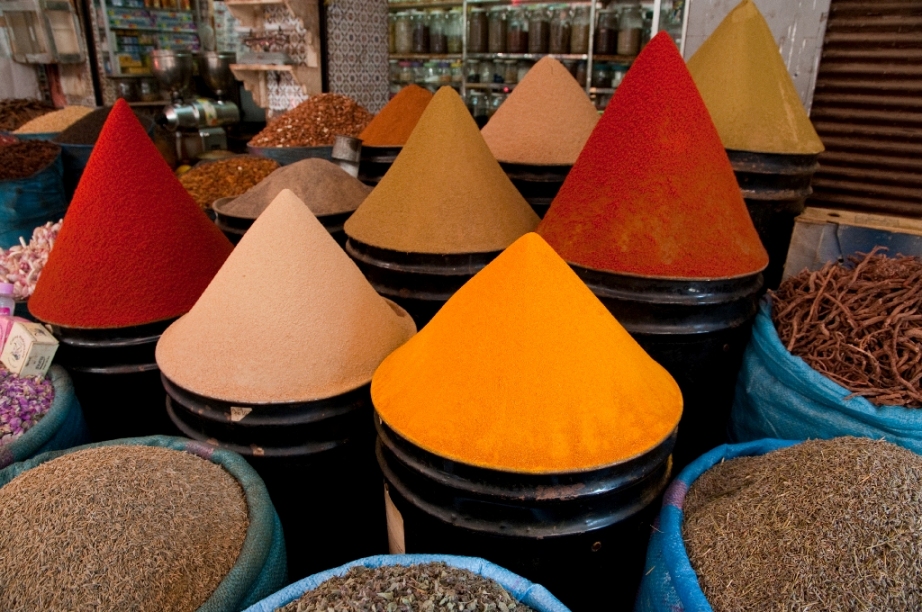 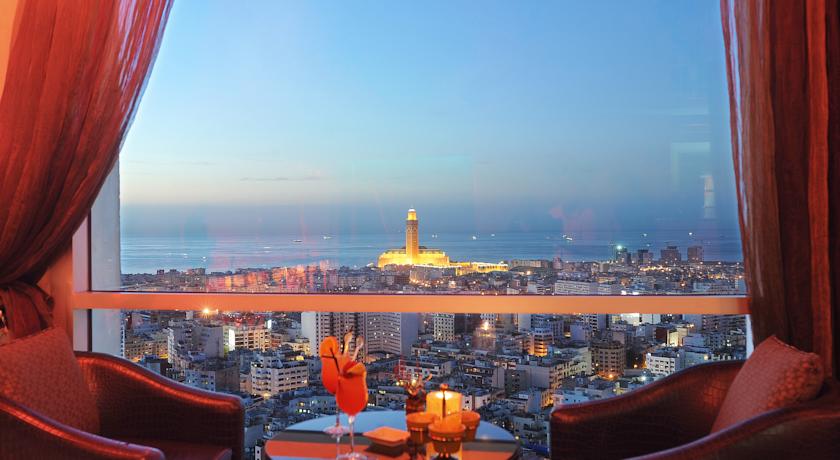