Zadar is one of our favourite places in Croatia; it is a great base from which to visit the National Parks of Paklenica and Krka, the beautiful village of Nin, Pag island via its bridge, the Kornati Islands and, of course, the stunning coastline of this region of the Adriatic. Zadar is a town steeped in history, it was at one time the capital of Byzantine Dalmatia, and dates from the ninth century BC. Zadar's old town is surrounded on three sides by water and the town's natural defences were enhanced by the Venetians who built the massive walls to keep out Turkish invaders. Zadar is renowned for its many fine churches including the impressive St Donat's which is the largest pre-Romanesque building in Croatia.

Zadar came under attack during the Second World War and again from the Yugoslav National Army in 1991 but has bounced back to show off its beauty and character to the full. Today, Zadar has developed into one of the most interesting towns on the Dalmatian coast - places to visit include the impressive Sveti Donat, St. Anastasia's Cathedral, the Archaeological Museum, National Museum, Museum of Church Art, the Land (or Lion) Gate and the Five Wells Square. The livelier side of Zadar can be found along the cafe-lined Siroka Street down to where it meets Trg Narodni (National Square).

Numerous churches and cultural monuments dating from all historical periods have been preserved from the Roman period through the Middle Ages to the modern styles of architecture. The symbol of the city of Zadar and the most famous monumental edifice in Croatia from the early Middle Ages (9th C.) is the pre-Romanesque church which was called the Church of the Holy Trinity until the 15th century and from that time on carries the name of Saint Donat, by the bishop who had it built.

The town as a whole has so much to see in a small area – churches, museums, a fabulous market, historic walls and its old port; one of our favourite places is the southern area which includes the Five Wells Square (Trg Pet Bunara), the famous Land Gate and the Queen Jelena Madijevka Park from which you can relax and also enjoy stunning views of the town and out to sea.

Zadar also has a couple of quite unique features built into its redeveloped north-western shoreline, the Riva - the Sea Organ and the Greeting to the Sun. The sea organ consists of several stairs that descend into the sea; the stairs extend for about 70 metres along the coast, 35 pipes of different length, diameter and declination were built and end in a canal. On the pipes there are whistles, which play 7 chords of 5 tones, above the canal there are perforated stone steps through which the sound comes out, the air being pushed by the sea. The Greeting to the Sun is a large disc on the ground which captures the sunlight during the day and provides visitors with a light show in the evenings.

Activities available include cycling, paddle boarding, sea kayaking and snorkelling; nearby we can also offer river canoeing and guided hikes. Zadar is very central and makes an ideal stop of up to 3 nights on most fly drive holidays; there is even a direct flight link from the UK to Zadar (seasonal).

Sightseeing and alternative places to stay nearby

Zadar is an excellent base from which to explore the area, including the islands of Pag, Rab and Ugljan, the National Parks of Paklenica and Krka Waterfalls and the Kornati Archipelago - the largest in the Mediterranean. An exceptionally indented coast, islands and untouched natural bays attract many sailors to this area. The archipelago which consists of 24 bigger and 300 little islands, 3 nature parks (Telašćica, Northern Velebit and Vransko Lake) as well as 5 National Parks (Paklenica, Plitvice, Kornati, Krka and Velebit) rank Zadar and its surroundings on the top of the Croatian tourist trail. Thanks to its geographical position, Zadar has a mild Mediterranean climate (warm and dry summers, and mild and rainy winters) which is reflected in its beautiful Mediterranean vegetation.

Pakoštane is on a shallow land strait between Vransko Lake and the Adriatic Sea, so the immediate vicinity of two different worlds, the sea and freshwater, gives it a special charm. The relaxed atmosphere of the town, the beautiful beaches and islets close by, the rich vegetation, and a wide variety of taverns and restaurants as well as numerous activities are some of the reasons why it is so popular.

In the northern part of Dalmatia there is a Nature Park which includes Vransko Lake, the largest freshwater lake in Croatia, and it is situated right next to the sea separated by a thin strip of land. In this location is the Mašković Han Heritage Hotel, the most striking example of Turkish civil architecture. The lake is an important bird habitat site as well as being rich with fish. Along the lake there are numerous walking and cycling trails and wooden observatories such as at Kamenjak, which offers views of the entire park, coast, sea and surrounding islands. Among the other monuments is the interesting site of Gradina, or the remains of a Benedictine monastery from the 9th century.

Only a few miles east of Zadar is the town of Biograd; the old part of the town is located on a small peninsula surrounded by the bays of Bošana and Soline, where beautiful beaches are located. It carries the title of the Croatian royal town as in the 11th century it was the seat of Croatian kings and bishops and the Croatian-Hungarian King Koloman was crowned there.

The Zrmanja & Krupa are among the most beautiful rivers in Europe: perfectly clear, warm water, spectacular canyons with magnificent waterfalls.

Paddle through rapids, down waterfalls, swim and witness the beauty of nature at its fullest.

Maškovića Han is a heritage hotel located in Pakoštane, just a little inland from Zadar and on the lake of Vrsana.

This stylish boutique hotel is located in the historic core of Zadar & is built on the remains of the 13th C. medieval fortress 'Kaštela'.

Torretta Palace Hotel is a historic building situated in the historical area of Turanj, just along the coast from Zadar (24kms). It has the bonus of a sea front location.

One of our most popular hotels in Zadar - friendly & great value with a pool. It's a short bus ride to the old town and a short walk to the nearest beach.

The Art Hotel Kalelarga is a stylish boutique hotel in the centre of old town of Zadar, close to all the historic sights, museums, markets and shops.

The Almayer Art & Heritage Hotel is a charming 4 star boutique hotel situated in the historic core of Zadar. Adults Only (12+) 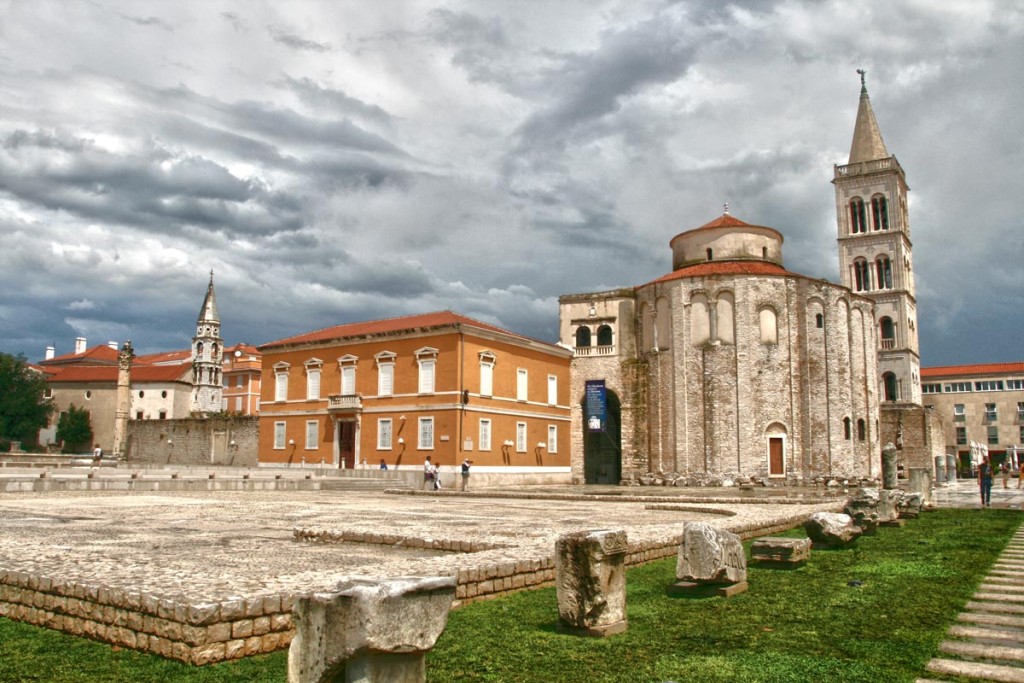 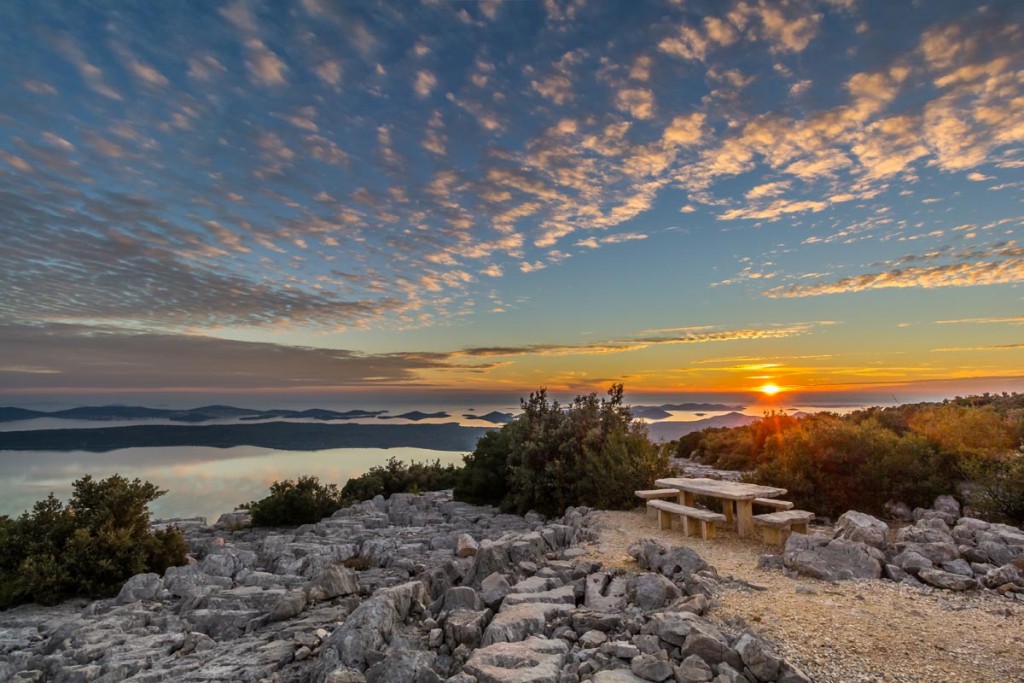 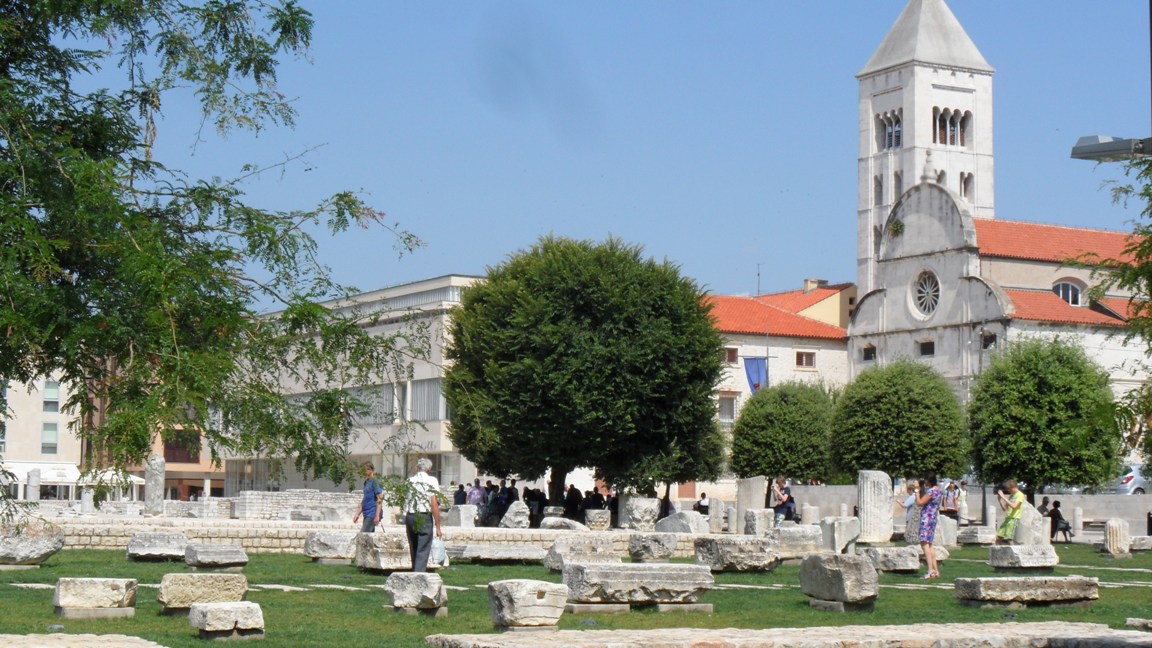 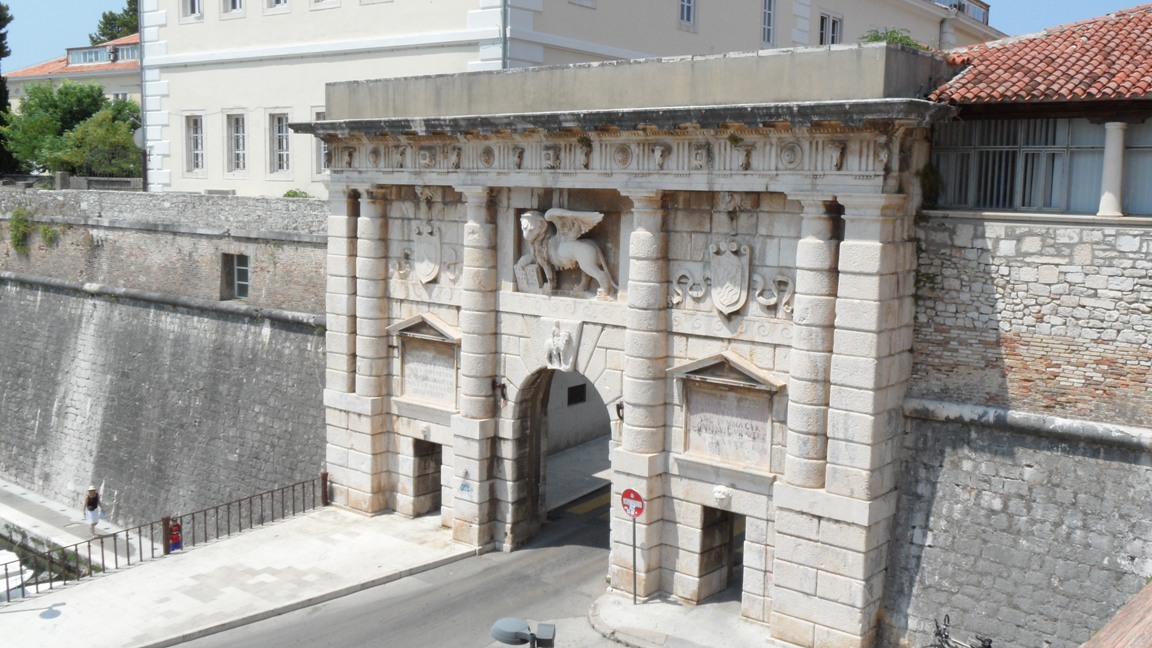 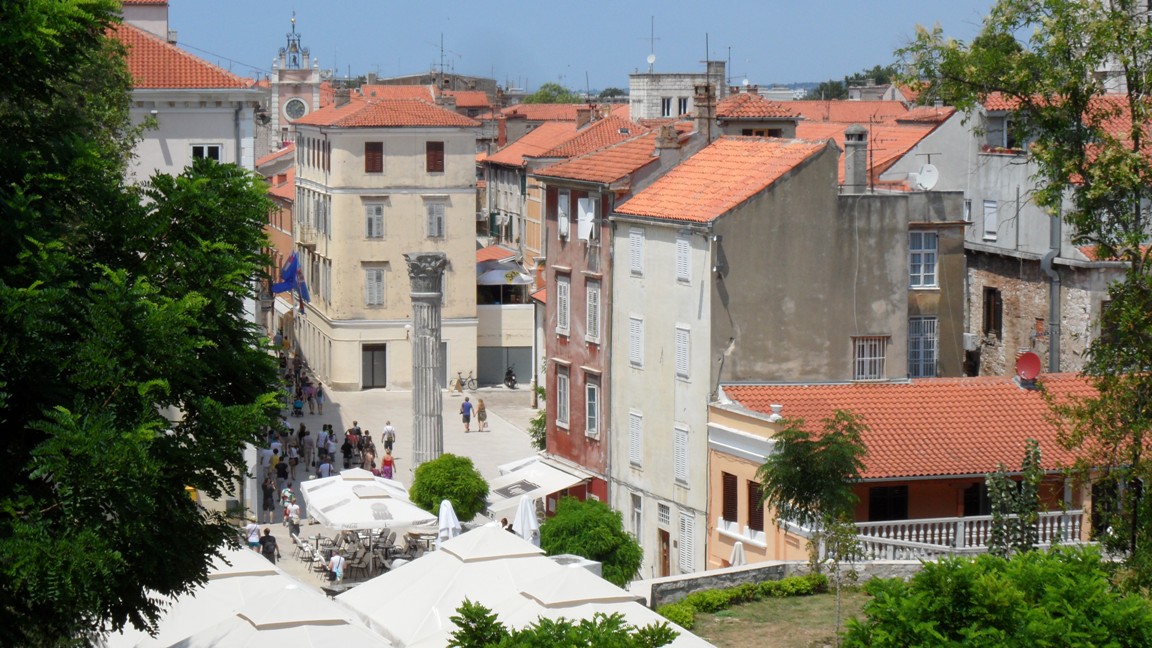 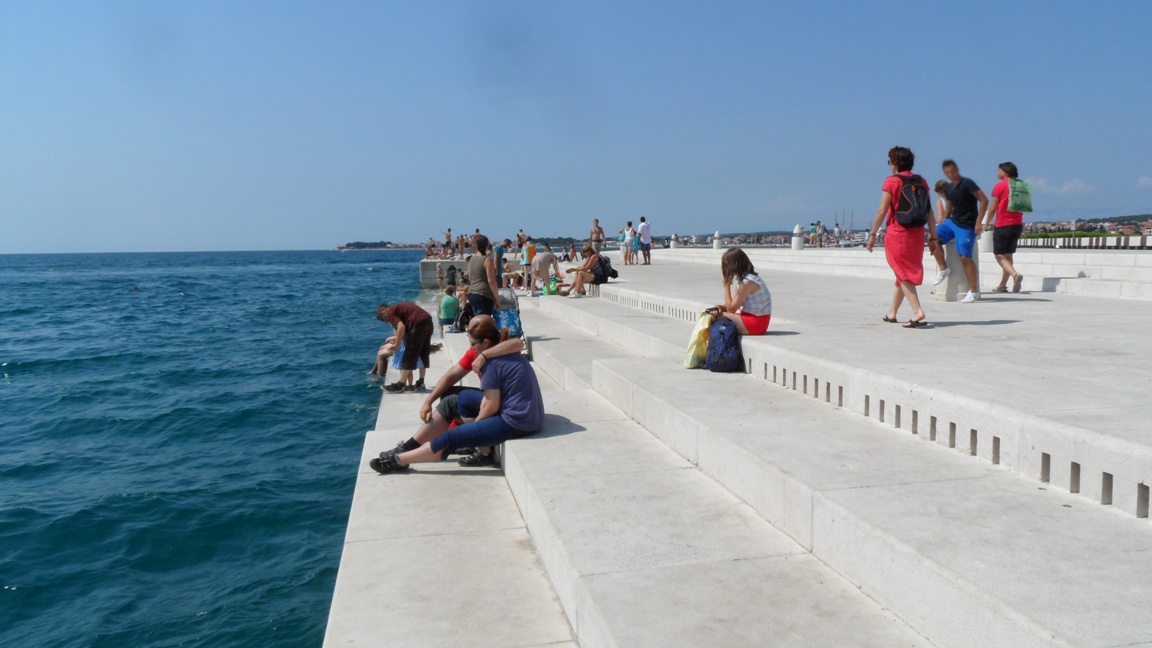 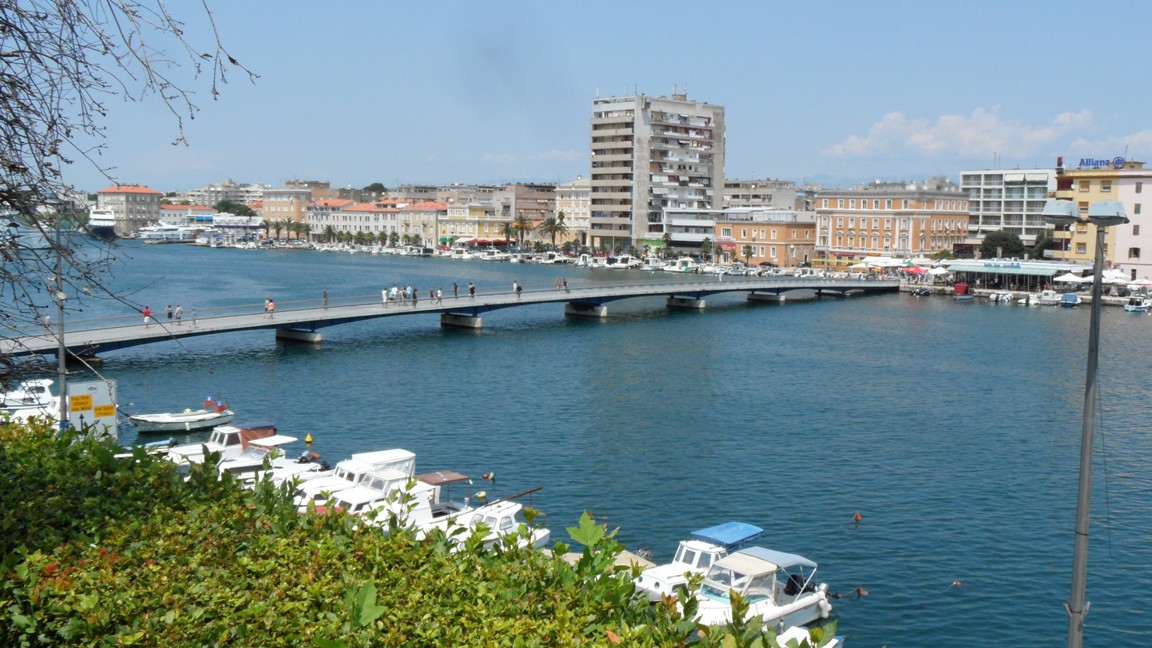 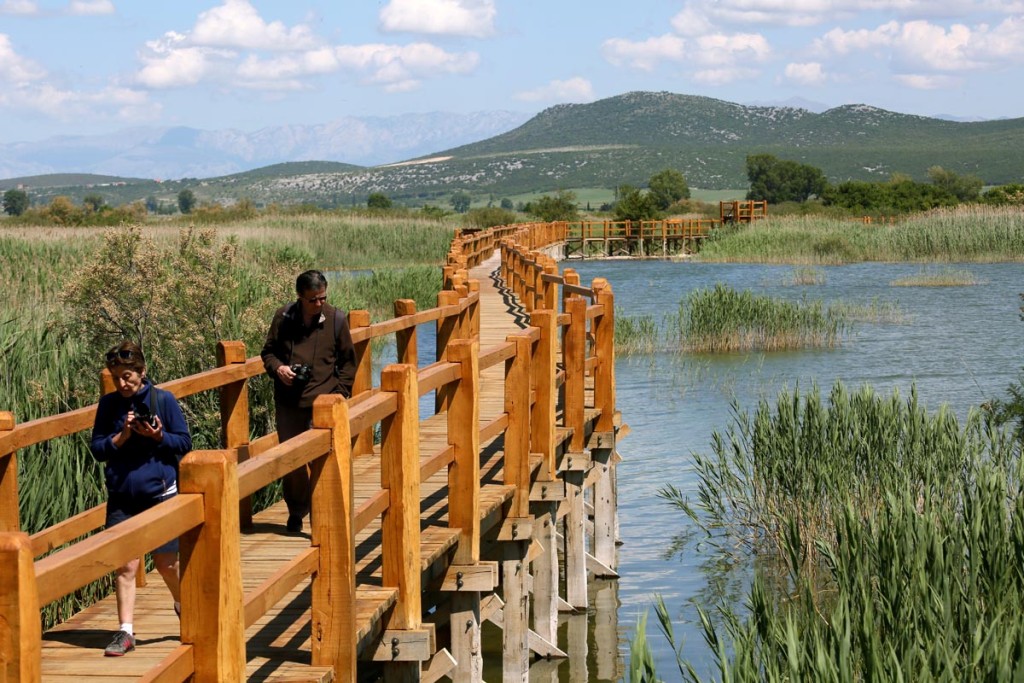 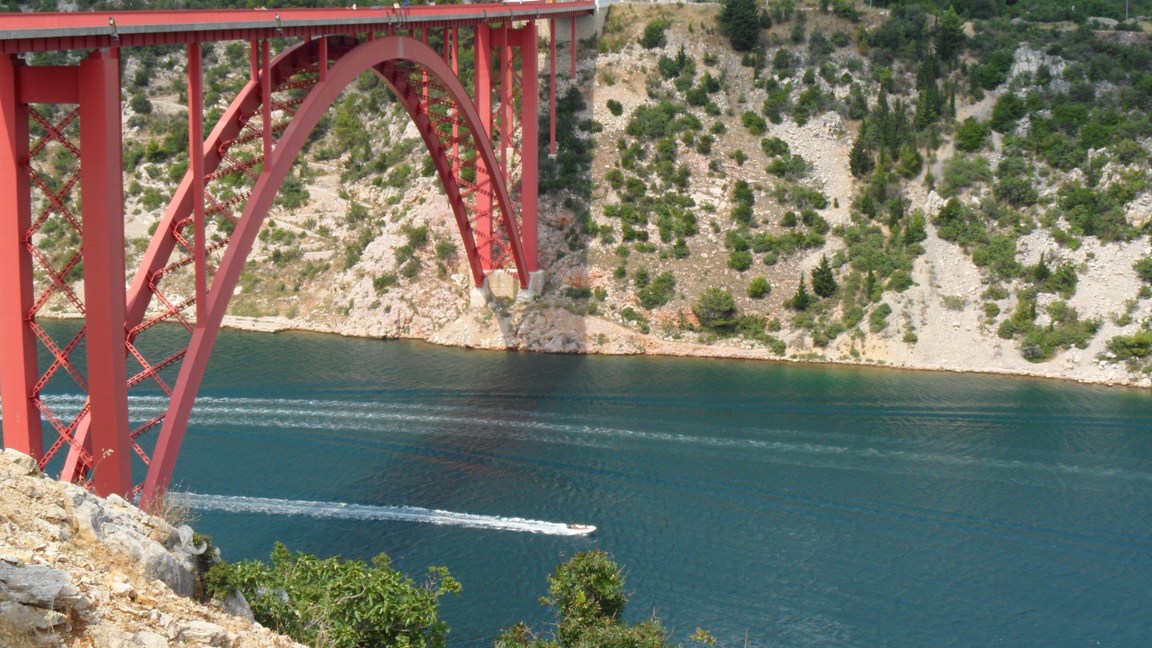 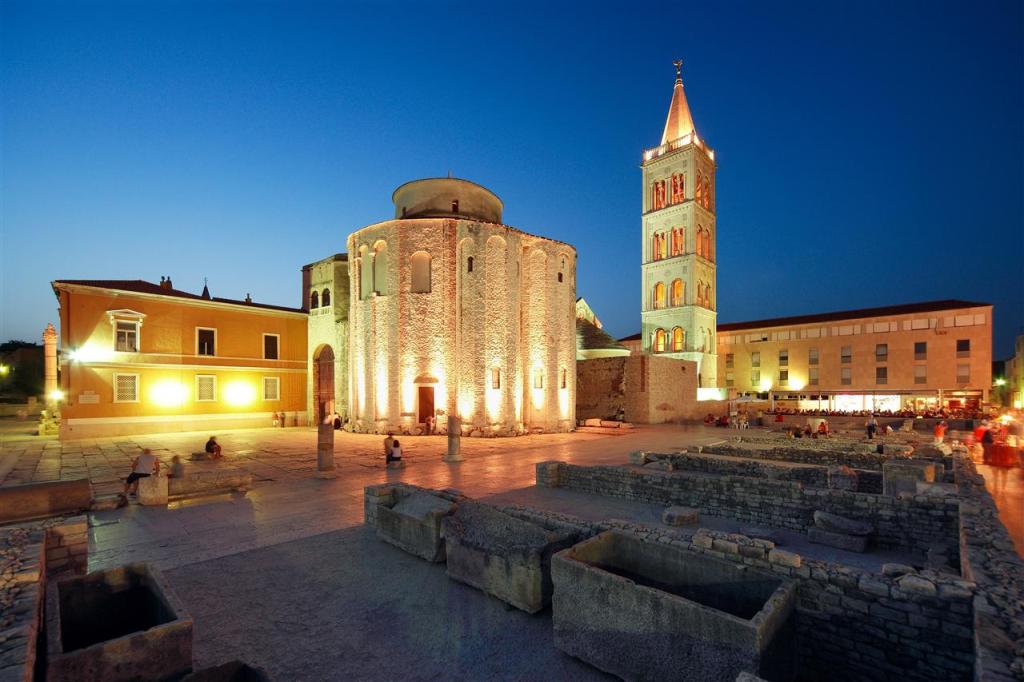 "Just a quick note to say what a fabulous time we had in Croatia. The  hotels chosen where fabulous particularly Hotel Lero in Dubrovnik, Hotel Korsal in Korcula, Hotel Mediterran in Zadar and Hotel Degenya in Plitvice (the pool had only  been opened 10 days).  The days we were driving where really easy and the best route form Korcula to Split is definately better by ferry. I understand that the border crossings with Bosnia can be a pain and lengthy at times.  Got to see all my ..."

"Dawn and I had some discussion about whether we should go for a hotel nearer the centre of Zadar. We're glad we stayed with the Mediteran as the taxis were very efficient and cheap - either 45 or 50 kuna."

"Hotel Mediteran in Zadar, the staff were (commendably) wonderful in what was the most basic hotel on our trip, making our stay there enjoyable. We just didn't like the location. We also had a lovely day exploring Pag Island during our stay in Zadar (although, again for info, unfortunately, all the island's beaches were closed, as September is already deemed to be out of season)."

"We've done road trips round other countries before but this one seemed just a little bit more luxurious. We very much appreciated the taxi transfers from the airport being organised for us already. Likewise, it was fantastic to have the hire care delivered to us and picked up afterwards. These two manoeuvres have caused a lot of hassle in the past. This kind of holiday can be exhausting enough as it is. I also liked that the rooms had been so carefully chosen. It seemed like you'd had a look round ..."

"We have had a lovely holiday, thank you. We had 3 lots of 2 nights in Roving, Plitvic and Zadar, and then a week in Primosten. This is the first time we had toured around with our children (aged 5 and 7). When we asked which bit they preferred, they said the 'road trip' - we much thought they would have preferred the beach/Primosten stay. So much to see and do in Croatia, limited only really by the heat. But that made it possible to enjoy swimming in the sea. Your hotel recommendations were all different, ..."

"We are back home and suffering from post holiday withdrawal, we have thousands of photos to sort through and just as many wonderful memories. I thought while it is all still fresh that I would drop you a line to say thanks.   The whole trip was amazing and everything worked without a single hitch. The hotels that you booked for us were spot on and the car hire etc all worked perfectly. Really the holiday could not have been easier so a massive thank you for all your advice and organising.   The ..."

"Reasonably located for a bus stop to get to the centre of Zadar. On a main road so not quite so quiet. No lift & flights of stairs to go up but thankfully the staff carried our cases up ( we would have had difficulty ) Good car park"

"The receptionist (Marina) at Hotel Mediteran deserves a special mention as she really was most helpful and always cheerful - all the staff at other hotels were good but she was special."

"Hotel Bastion in Zadar also excellent, although a little noisy when we stayed."