This volcanic island displays an abundance of colours which are evident in its beaches - more than 75 of them - with glistening silver sand and clear blue waters, also in the chalky white, terracotta, ochre and jet black rocks, the likes of which can be seen nowhere else in Greece. It is often referred to as the 'Island of Venus' as this is where the Aphrodite of Milos (Venus de Milo) was discovered.

Milos is a place of archaeological and religious interest because of its famous catacombs and ‘Kyra tis Fylakopis (Lady of Fylakopi) a figure of huge archaelological value.

Adamas (Greek for diamond) is the main port of Milos island. It has many lovely 19th century houses, narrow streets, a great choice of shops and excellent cafés and tavernas, many facing the impressive harbour (the mega-yachts there have to be seen to be believed!)

Pollonia, in the northeast of the island, is a colourful holiday village with small tavernas, renowned for fresh fish and seafood. Water taxis leave from here for Kimolos, named after the chalk (kimolia) mined there.

Trypiti is a traditional village. The name comes from the Greek meaning 'hollow'. Many 'hollows' were caused by the soft ground in the area and many were used as burial plots. One feature of Trypiti are its windmills, once used for grinding the corn, some now provide self-catering accommodation!

Close to Trypiti sits Plaka, the former capital of the island. This was deliberately built away from the coast for protection against pirate attacks. Today it's fun to get lost in the numerous picturesque alleyways and there are some great views of the coastline from here.

A visit to the catacombs is highly recommended. They are considered to be the second most important Paleo-Christian catacombs in the world, after those in Rome. Carved into the hillside this massive complex has 291 tombs in arched niches. The catacombs were used by the early Christians, first as a burial site and later also as a place of worship and a refuge after Roman persecution became widespread. From here a track leads to the place where the statue of Venus was found in 1820 by a farmer. He uncovered a cave in corner of his field with half of the ancient marble statue inside. The other half was found by a visiting French officer and both halves were brought as a gift to Louis XVIII in 1821. Today the Venus de Milo is one of the most viewed exhibits in the Louvre in Paris. It is said that its arms became detached during a struggle for possession!

Named after a Catholic priest who used to moor his boats there the caves of Papafrangas were possibly used as pirate hide-outs centuries ago. There is a small beach here, and the two caves are interconnected by an underpass.

Milos’ most distinguishing feature is the syrmata (beach dwellings) and these are mostly carved into rock walls. Once the threat of Turkish invasion had subsided in the mid-19th century the villagers felt confident enough to live nearer the sea. The top floor was usually a retreat for fisherman, nowadays they are used as weekend accommodation or summer residences. These can be found in Mandrakia on the north of the island.

Milos has 75 beaches and all differ from the other. Agia Kyriaki is a white-sand beach lapped by turquoise waters - here you will find beach bars and watersports; Tsigrado by contrast proves more difficult to reach and is really only for the adventurous. A small sandy pathway leads to a wooden ladder which you need to climb down to the beach. No wonder then that it is the most secluded beach on Milos! Provatas is good for families as it has a wide, soft sand beach with shallow water. Sarakiniko is perhaps the most photographed 'beach' on the island. Dazzling white rock brings to mind a lunar landscape - good for rock sunbathing or diving from the rocks into the sea. Kleftiko can only be reached by boat - this used to be a former pirate shelter, surrounded by a cluster of white rocky islands that block the entrance made it invisible from the sea. It doesn't have a beach as such but the swimming is fabulous.

At the edge of Pollonia right next to the sea.

A luxurious retreat next to the beach. 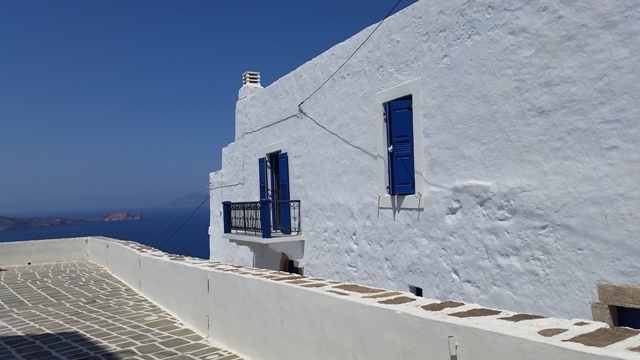 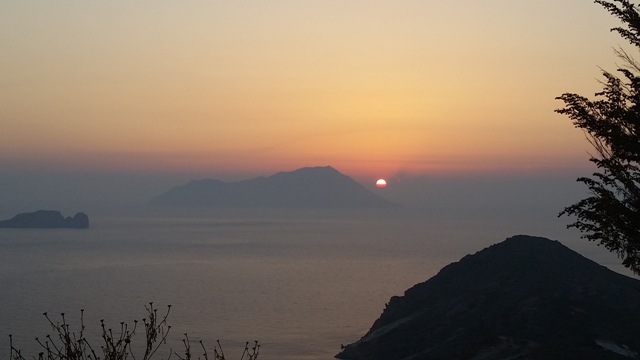 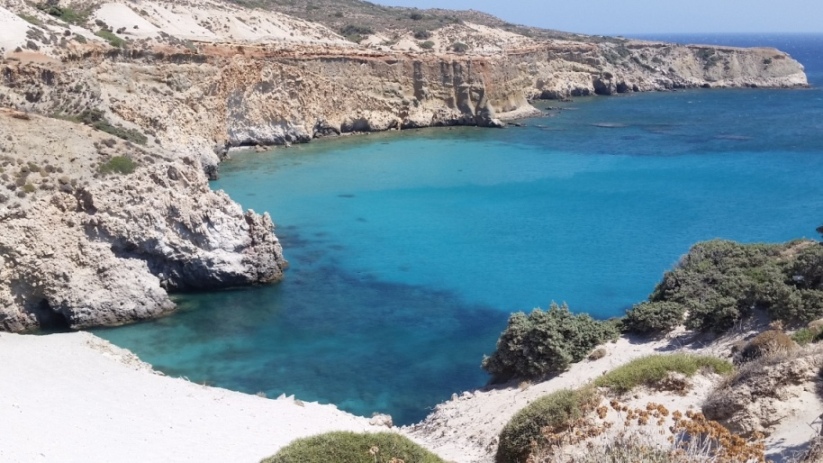 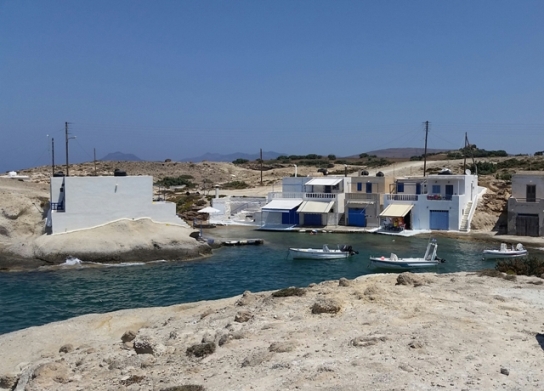 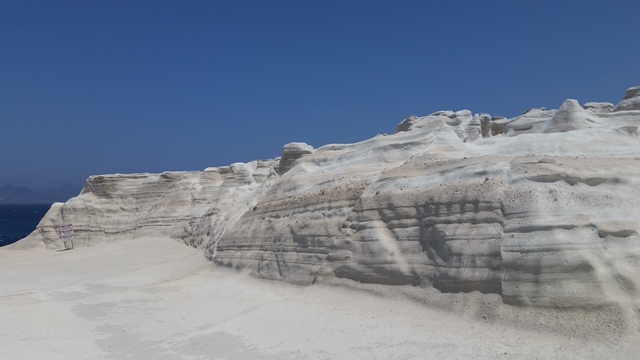 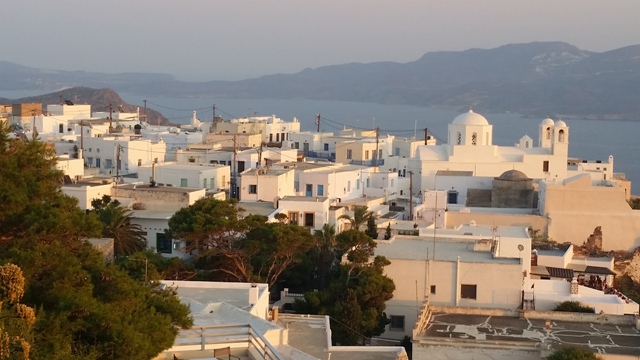 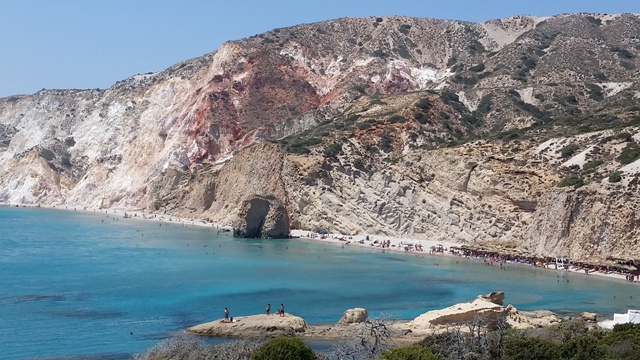 "Anemoessa studio is as described - good, clean, simple accommodation. With a very comfortable bed!. The position of the building is superb and the owner is one of the most helpful people you could hope to meet. If you want quiet accommodation in a beautiful location this is definitely the place for you. We would have no hesitation in recommending it."