On the shores of the Atlantic lies a beautiful city called El Jadida (Mazagan as it was formerly known under the Portuguese until 1815).  It was classified as a UNESCO World Heritage site in 2004 and now El Jadida attracts history enthusiasts wishing to see the Portuguese cistern or the Church of the Assumption, movie-goers to follow in the footsteps of Orson Welles and tourists, eager to enjoy its beautiful beaches.

The Portuguese built the fortified city, which originally had five bastions, although, today, only four remain and you can reach them by walking around the battlements. The Bastion of the Angel provides a good view of the town, the port and the sea and the Saint-Sébastien bastion has a crude chapel dating from the Inquisition. You'll also see the Church of the Assumption opposite a mosque with an unusual minaret - probably the only pentagonal one in the world.

A series of underground chambers, known as the cistern, were originally built in 1514 by the Portuguese and may have been used as an arsenal or as a store before being transformed into a cistern to be used during sieges. Its Gothic architecture represents a square room of 1100m² supported by five rows of columns and a vaulted ceiling. In the centre, a shaft of light has been opened up. It was rediscovered by accident in 1916 by a shopkeeper who wanted to enlarge his premises. This room has served as the set for many films, including the famous Othello by Orson Welles.

Falconry is a local Doukkala tradition going back to the Middle Ages. It appears that the best falconers come from the Lakouassem region and from the village of Ouled Frej. This type of hunting has always been reserved for the nobility. It is possible to watch practices and demonstrations in several locations. This is the case at Moulay-Abdallah moussem, one example of the region's numerous festivals.

In addition to the attractive beaches on the coast to the south and north of El Jadida, Azemmour is the former capital of the Doukkala region, located at the mouth of the Oum Errabia river, which is renowned for its shad (a cousin of the sardine). Boulâouane is a famous wine-making region where you will find the imposing rectangular kasbah, constructed in 1710 by Moulay Ismaïl, it has seven bastions, crenellated walls and a tall square tower.

Calm seas allow all water sports to be enjoyed safely, ranging from windsurfing & water-skiing through to jet-skiing; except for Sidi Bouzid, which is a globally recognized surfing spot. This environment is also perfect for learning to sail small boats, there is a school in the fishing port of El Jadida. Along the beaches or in the forests, horse-riding is very popular as it is particularly enjoyed in the region. Furthermore, the town is home to one of the country's five national stud farms and every October there is a horse show in the Lalla Malika hippodrome. Golf courses here are set in superb countryside, for example, the El Jadida Royal Golf Club has a sumptuous 18-hole course set in countryside which varies between scented pine forests and open land overlooking the ocean.

The Dar al Manar is a high quality guest house located in the countryside, 7kms from El Jadida.

A lovely hotel in El Jadida, the beach and port are located a few steps from the hotel. 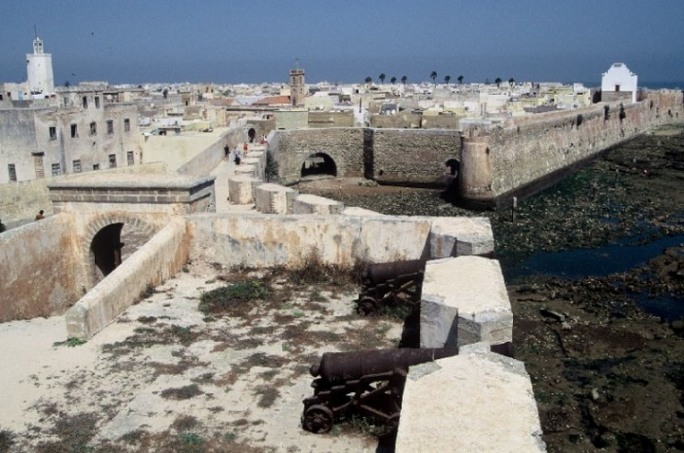 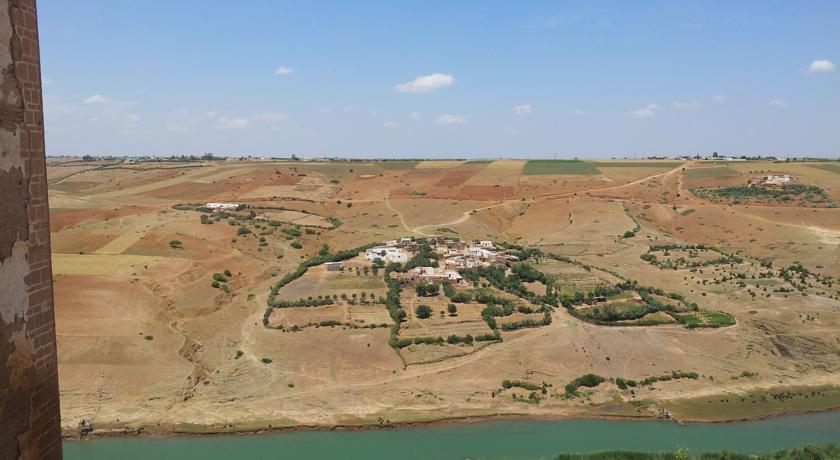