Spectacular scenery, ancient castles, the world's oldest licensed whiskey distillery, a World Heritage Site and one of the top five road trips in the world combine to make County Antrim one of the most popular parts of the country with visitors.

The Causeway Coastal Route starts at Belfast and stretches around the east coast up to the north coast towards Derry/Londonderry. Just outside Belfast is the imposing 800 year old Carrickfergus Castle, besieged by the Scots, Irish, English and French; the castle saw action right up to World War II.

Step back in time in Islandmagee, a peninsula steeped in history, with cottages, quiet villages and a beautiful coastline. Opened in 1902 the Gobbins path was the most audacious cliff walk in the British Isles - nearly three miles of heart-stopping paths, bridges and tunnels. It remained one of Northern Ireland's most popular attractions but closed in 1954. It has now reopened but does close from time to time for path repair - best to check before your visit.

Slemish Mountain (1,500 ft/457m) is where Saint Patrick came as a slave to tend sheep in the fifth century. After six years, he escaped but later returned to devote the remainder of his life to bringing Christianity to the Irish.

From the Causeway Coastal road you can see across to the Mull of Kintyre in Scotland on a clear day - it's only 15 miles away. Prior to the development of the coast road it was easier for the locals to sail across to Scotland than to go inland over the hilly Antrim Plateau!

Nowadays the Glens of Antrim are famed in poetry, song, myth and magic, each has retained its own traditions and characteristics. One of the delightful villages is Cushendun, designed by Clough William Ellis in 1912 . The picturesque Cornish appearance was deliberate, to please the Baron's Penzance-born wife, Maud. Ellis designed a village square with seven houses which are today run as craft shops and tea rooms. After Maud's death Ellis designed a row of whitewashed, quaint cottages in her memory.

Rathlin Island is home to a small population and is the northernmost point of the region, lying six miles from the mainland. It is one of Northern Ireland's Special Areas of Conservation due to its large bird colony.

Ballintoy has a small fishing harbour located at the end of a very small, narrow, steep road. Fans of Game of Thrones might recognise it as the landing spot for the Iron Islands in Series Two.

The Carrick-a-Rede (the Rock in the Road) rope bridge is not for the faint hearted! It is 20m wide with a drop of 30m and used to be erected annually by local fishermen to catch migrating salmon. Nowadays the bridge it is a permanent fixture and it is possible to walk across (with the obligatory stop for a selfie to prove that you have done it!).

Northern Ireland's only World Heritage Site has local history and legend in abundance. 60 million years ago the Giant's Causeway's hexagonal rocks and columns were created by huge lakes of molten lava cooling slowly and evenly (though local folklore says that it was made by the giant, Finn McCool, to make it easier for his neighbour in Scotland to visit!) Look out for the stone formations: the Camel, the Wishing Chair and the Giant's Boot. The excellent visitor centre, the exterior of which is modelled on the basalt columns, will help you make the most of your visit.

Dunluce Castle is a gem, its outline provides an iconic view of this part of the Causeway Coastal Route, one of the 'must see' views along the designated tourist drive. It is frequently quoted as being one of Ireland's most romantic castle locations.

The Old Bushmills Distillery is the world's oldest licensed whiskey distillery having been granted its licence to distil in 1608 by James I.

Antrim is one of the five counties which borders Lough Neagh, the largest freshwater lake in the British Isles at 18 miles long and 7 miles wide. Legend has it that Finn McCool, in a fight with a rival giant, scooped up a vast handful of earth which created Lough Neagh. Finn then threw the handful of earth towards England, but it fell short into the Irish Sea and became the Isle of Man.

The Lough is a haven for wildlife (it contains the largest stocks of eels in Europe), flora and fauna as well as having a rich Christian history. One of the finest high crosses in all Ireland can be found here.

A quiet and cosy retreat at the foot of the Antrim Plateau, within easy driving distance to glorious beaches and the world-famous North Antrim coast. Highly recommended.

The Bayview Hotel, in the picturesque harbour village of Portballintrae, sits proudly overlooking the Atlantic Ocean. 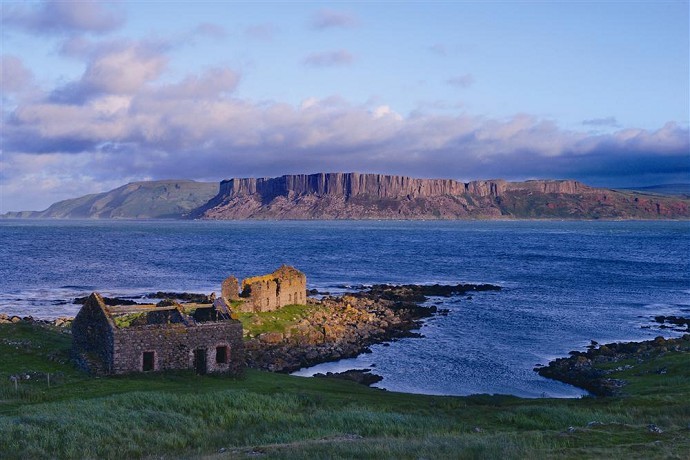 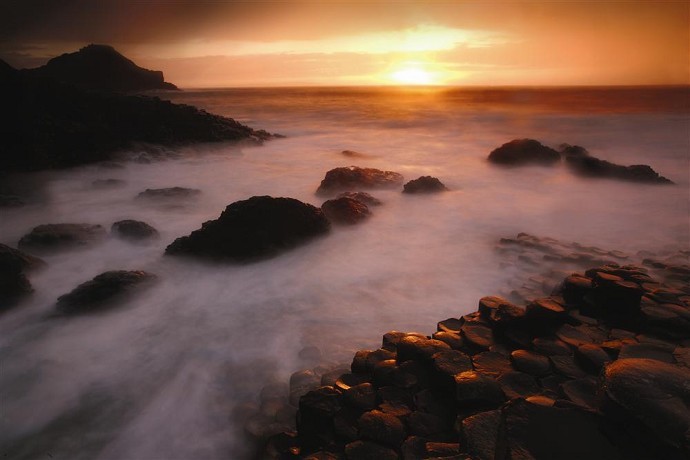 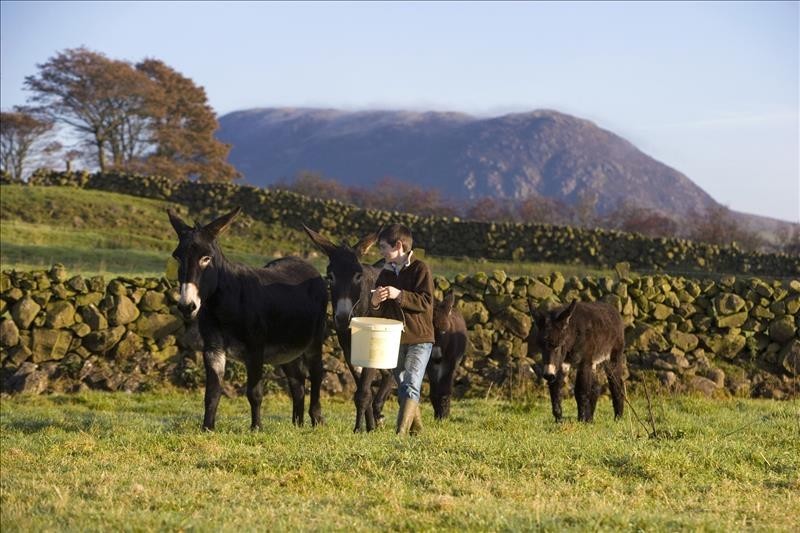 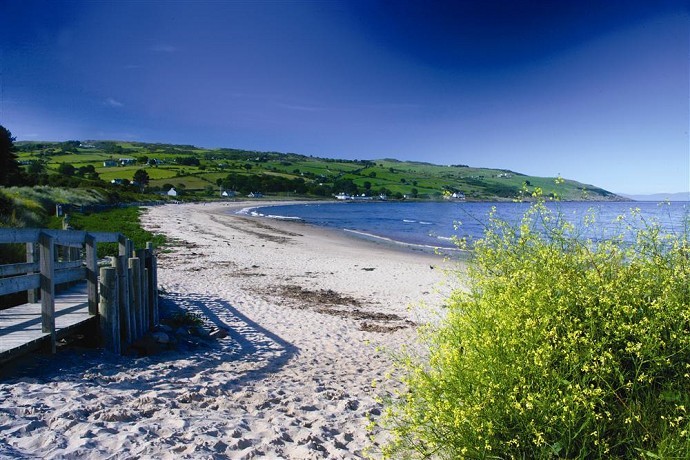 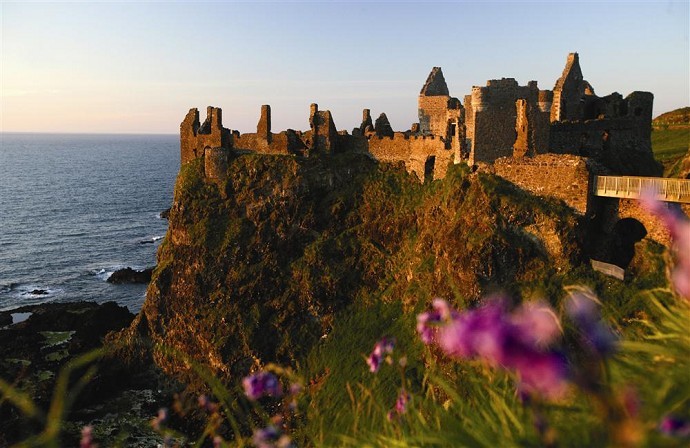 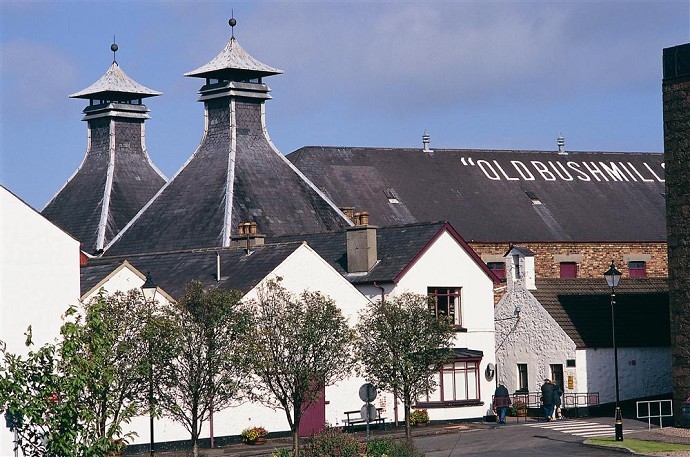 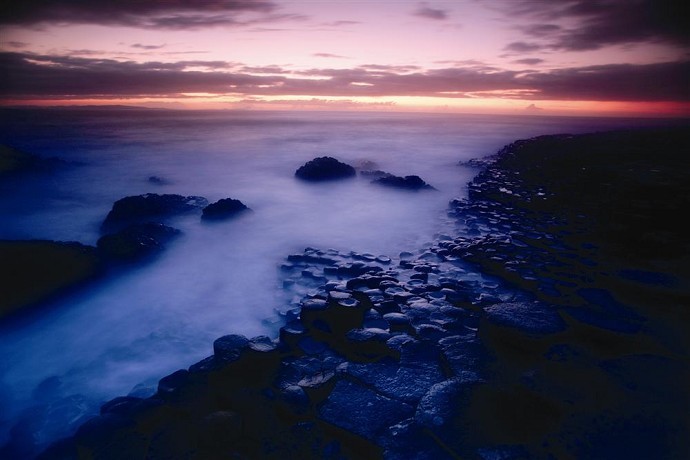 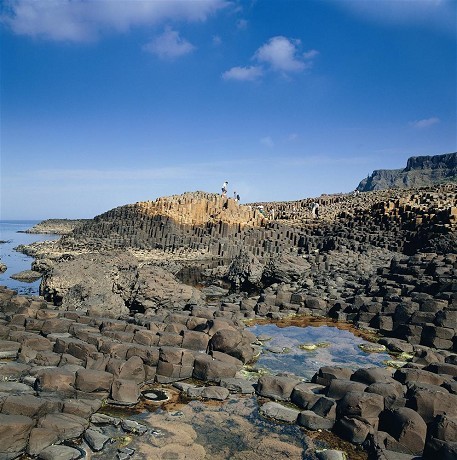 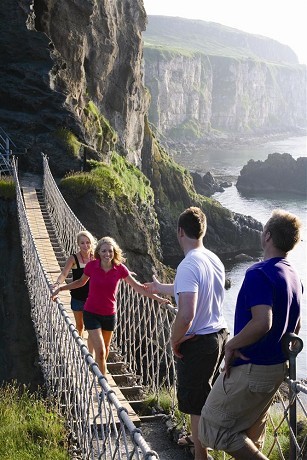 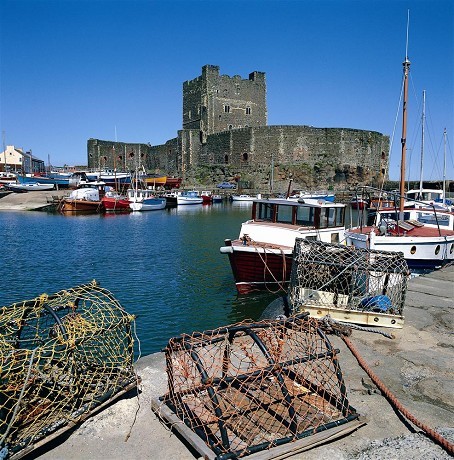 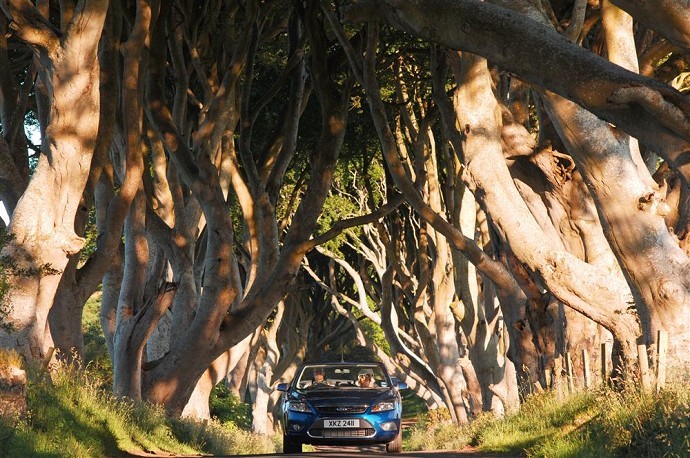 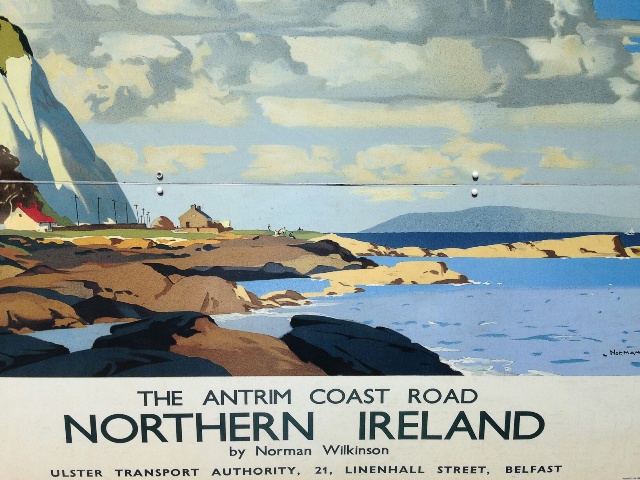 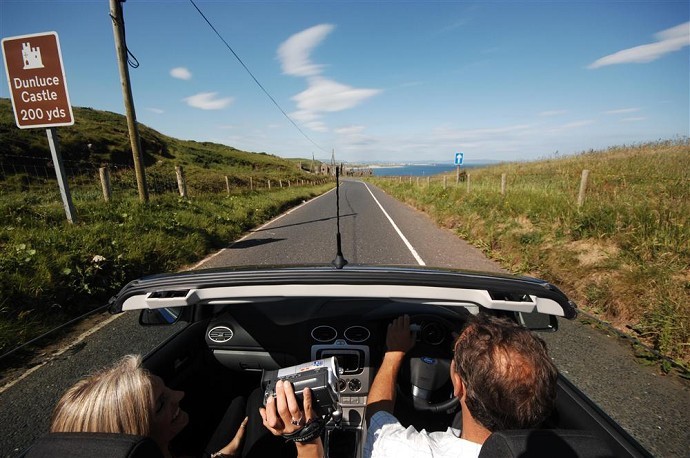 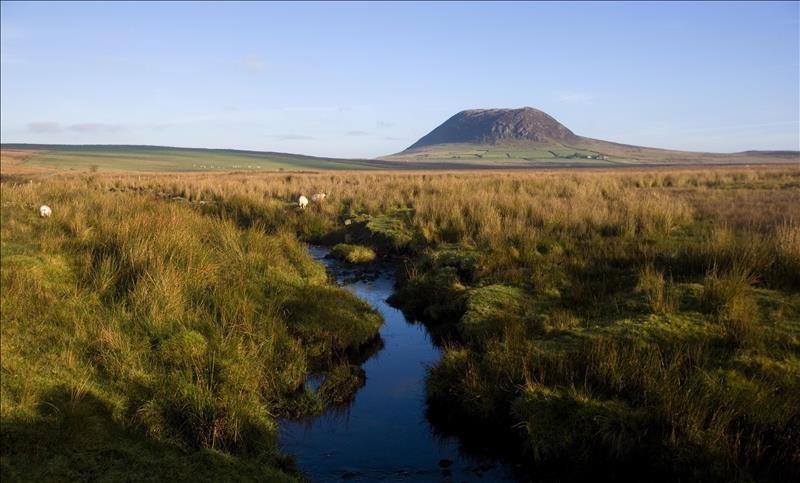