County Londonderry's coastline is positioned within the Causeway Coast and Glens area and has been recognised internationally for its stretch of railway between Coleraine and Londonderry.

Just past Castlerock is the stunningly beautiful Blue Flag beach of Downhill, a 7 mile/11km stretch of sand and surf offering a wealth of activities including water sports and scenic walks.

Downhill is an Area of Special Scientific Interest (ASSI) and is also a Special Area of Conservation (SAC) offering opportunities for nature walks and sightings of bird life amongst a backdrop of cascading waterfalls, extensive sand dunes, and the prominent Mussenden Temple, one of the most photographed buildings in Northern Ireland. The Temple offers breathtaking views of the North Coast.

This stretch of beach is one of the most scenic in the country and visitors can enjoy views to Counties Donegal, Antrim and Londonderry. The nearest town to Downhill Beach is Castlerock, a small coastal town; other nearby destinations include the seaside resorts of Portrush and Portstewart.

Downhill Beach was also one of the locations used in Game of Thrones.

In the south-east of the county is Ballyronan Marina, a picturesque site located within the village of Ballyronan on the shores of Lough Neagh.

The Sperrin Mountains cover a large area of County Londonderry and there are many driving routes through the mountains. These mountains stretch along the border of counties Tyrone and Derry and can best be described as wild, untouched and beautiful. Walkers can expect undulating hills covered in heather, quiet valleys, boggy uplands and a land teeming with wildlife. Alternatively there are many forest parks to explore such as Banagher Glen and the Roe Valley.

If you want more of an urban feel, then there is always Derry~Londonderry, Northern Ireland’s second city and the first ever UK City of Culture in 2013. The city lies on the banks of the River Foyle. The name Derry comes from the Irish 'Doire' (oak grove), where Saint Columba founded a monastery in the 6th century. Londonderry was the name given to the city during the Plantation of Ulster.

Derry~Londonderry is the only remaining completely walled city in Ireland and one of the best preserved walled cities in the world. The walls were completed in 1618 as defences for settlers from England and Scotland from Irish chieftains. They stand 26ft high and 30ft wide in parts and have never been breached in three major sieges, even during the 105 day siege of 1689 when 7,000 of the 30,000 population died of starvation. There are four original gates to this walled city and three more added later. A tour of the city walls is highly recommended.

Just inside the walls is St Columb's Cathedral, the first cathedral of its type built after the Reformation in 1633, which is a treasure trove of historical interest. Its Chapter House Museum has a display of artefacts dating from the Siege of Derry in 1689. It is also home to the original padlocks and keys of the four original gates of the city walls.

The most striking building in the north west is the Guildhall, just outside the city walls. It was built in 1887 and has stunning examples of stained glass windows.

You may also like to visit the 19th century St Eugene's Roman Catholic Cathedral, the Tower and Workhouse museums and Museum of Free Derry, all showing different sides of the city's economic and social history. There are many festivals to enjoy as well including Ireland's largest Halloween carnival.

In the evenings you'll find an excellent choice of restaurants and bars in the city with a thriving live music scene, giving Derry~Londonderry the title City of Song.

Overlooking the River Foyle with views across to the hills of Donegal this hotel is a stylish choice for visitors to the North West. 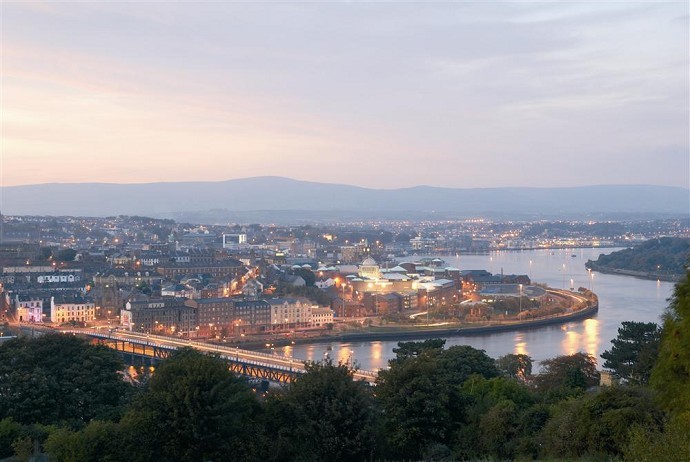 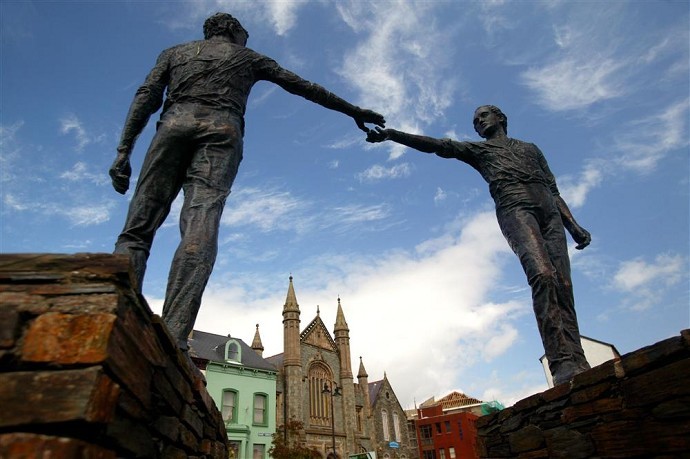 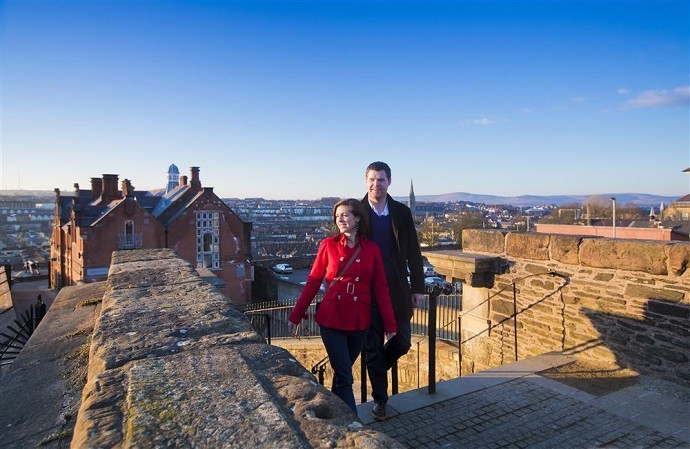 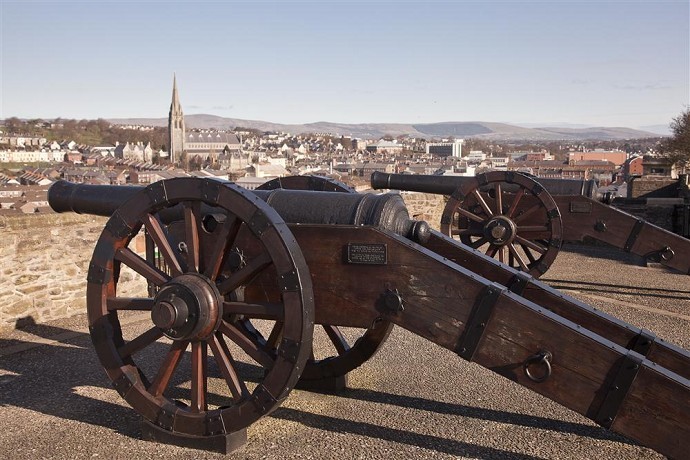 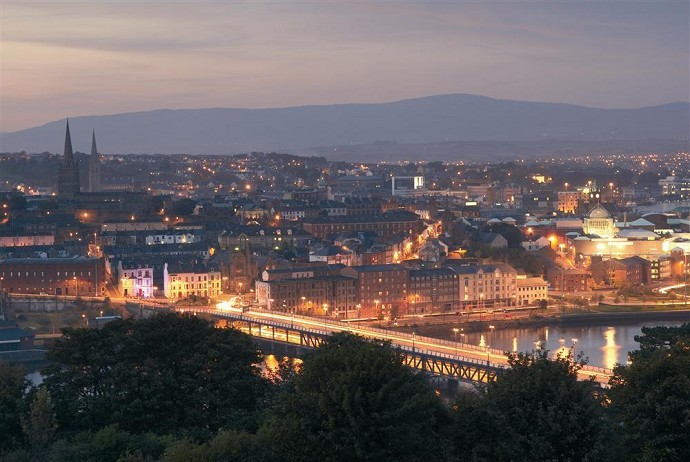 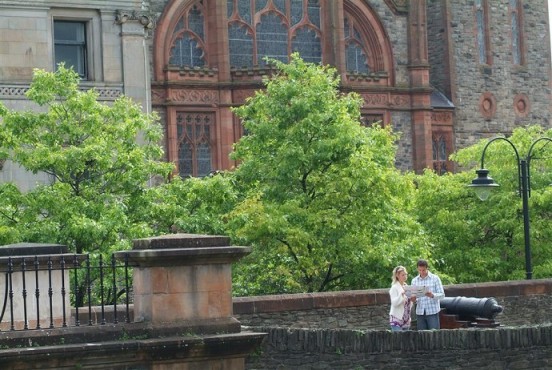