Lying only a short distance from Sparta, Mystras is a throwback to Byzantine Greece.

The town developed underneath the castle, which was built by the Franks in 1249. Mystras flourished and its power extended throughout the whole Peloponnese. It became the centre of political and spiritual life, and a place where art and literature flourished.

Mystras continued to prosper under Turkish occupation and contributed to the struggle for independence in 1821 but a few years later the lower city was set alight and its inhabitants gradually moved to the modern town of Sparta. This left Mystras' breathtaking medieval ruins standing in a beautiful landscape.

During the two centuries of Mystras' existence as the Byzantine capital of the Peloponnese many churches, monasteries and chapels were erected, around 25 remain today, all in varying states of disrepair. The most important of these is the Cathedral of Mystras, Aghios Dimitrios. Restoration and maintenance have revealed its wall paintings revealing how important art was to the town in the 14th century.

At the northern corner stand two impressive churches: 13th century Aghii Theodori and Panagia Odigitria, which both belonged to the Monastery of Vrontohi, the richest monastery in Mystras and an important cultural centre with an extensive library.

Take time in Mystras to explore these fabulous buildings, soak in the history, wander through the alleys and the crumbling streets of this UNESCO World Heritage site.

This charming hotel is ideally placed to explore the Byzantine town of Mystra. 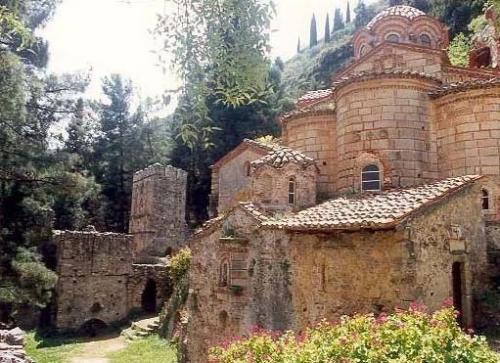 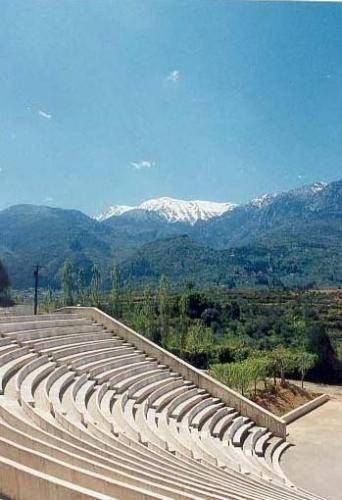