Ljubljana is a small town measured by world standards - it is also one of the smallest capital cities in one of the smallest countries. Ljubljana is situated on the crossroads between Central Europe, the Mediterranean, the Pannonian Plain and the Balkans. Because of the influence of different cultures in the past, Ljubljana has diverse architecture, people and cuisine. A translation of Ljubljana in Slovenian language means "the beloved".

Slovenia’s largest city and political, economic and cultural centre is a typical Central European city with visible similarities to Vienna and Prague but without the hordes of tourists. These are not coincidental as all three were partially designed by the great architect Jože Plečnik, a local of Ljubljana. He was able to design the city much as he liked as the original city was devastated in 1895 by an earthquake.

Ljubljana is becoming ever more popular with visitors due to a high quality of life, great food, good-natured nightlife and a variety of interesting sights - it is a city of greenery with its centre occupied by parks and woods. Ljubljana is also ideally situated for excursions around the country, for example, the Mediterranean coast is around a 1 hour drive where you can visit the mediaeval towns of Piran and Izola, the nearest ski resort is no more than 20 minutes drive away and it is only slightly more to reach Lake Bled with its world-famous island. In our opinion it is a delightful place to include in any fly-drive holiday in the region or even as a short break destination. It has a wonderful castle and the city's cathedral and other impressive buildings are in the heart of the historic old town, in fact, in our opinion, it is one of the most idyllic towns in Europe. When the weather is good, Ljubljana locals like to spend their afternoons in the numerous cafes on the river banks, where you are most welcome to join them.

Ljubljana is situated on a natural passage called the Ljubljana Gate, connecting Central Europe and the Mediterranean. From the time of the first settlers right down to the present day the character of this area has stimulated the constant growth of economic and cultural ties with other cities and nations. A European Capital of Culture in the 1990s, Ljubljana is teeming with cultural life - it is home to numerous theatres, museums and galleries, and boasts one of the oldest philharmonic orchestras in the world. Its honorary members included such renowned composers as Joseph Haydn, Ludwig van Beethoven and Johannes Brahms, and distinguished musicians such as the violinist Nicolo Paganini. Between 1881 and 1882, at the very start of his career, Gustav Mahler was its resident conductor. Even for the present day people of Ljubljana culture is a way of living and thinking and is very much a part of everyday life. Over 10,000 cultural events take place in the city every year, among which there are 10 international festivals.

The symbol of Slovenia is the dragon. A long time ago, the Greek hero Jason and his companions from the ship Argo, stole the Golden Fleece from the Colchian king. In an effort to escape its pursuers the ship took a wrong turn and, instead of sailing south on the Aegean Sea, it found its way to the mouth of the Danube river. As there was no way back for them, they continued on up the Danube, the Sava and eventually the Ljubljanica. At the source of the Ljubljanica they stopped, took the ship apart, put the pieces on their shoulders and thus carried the ship to the Adriatic sea, where they put it back together and continued their way back home. Between the present-day Vrhnika and Ljubljana the Argonauts found a big lake surrounded by a marsh. It was here that Jason came across a terrible marsh monster, which he fought and eventually slew. This monster was the Ljubljana dragon, which today has its permanent abode on top of the castle tower in the Ljubljana coat of arms.

The medieval castle overlooking the Old Town has an ideal elevated position for scenic views of the city and surroundings. The Tower is open for visitors and hosts a small virtual tour of the city but even reaching the Castle with either funicular, by car or on foot will guarantee beautiful views. On Saturdays weddings are a common sight and several permanent expositions are also available on the Castle.

The Old Town and the banks of Ljubljanica

In warmer months, the tables and chairs of the numerous cafés fill the banks of the Ljubljanica and the old city markets. It is here, after an almost obligatory Saturday visit to the Ljubljana market or the Sunday flea market, that the locals meet for a morning coffee or for an evening chat with friends. Cruises on the Ljubljanica river are also increasingly popular.

A 5 minute walk from the Old Town the largest park in Ljubljana, the Tivoli, begins - the way into the park leads from Prešern square all the way to Cekin Castle, a classical building in the middle of the park that hosts the National Museum of Contemporary History. On the way there are several other museum, galleries and even an Opera House. The Tivoli is huge and extends all the way to the Zoo, Rožnik hill and suburbs but the most popular place is the pond with a nearby café that serves excellent cakes & desserts.

In the heart of Ljubljana & enjoying a wonderful view of Ljubljana Castle and the cathedral it's a stone's throw from the historic old town.

The boutique Hotel Cubo opened in 2011 - it borders the old city and is within walking distance to Ljubljana’s attractive Tivoli Park.

One of finest central locations in the capital, completely within the pedestrian zone, close to Preseren Square and the old city.

The Vander Urbani Resort is tucked into the beautiful old centre of Ljubljana. A perfect blend of history and style, with the added bonus of a rooftop pool. 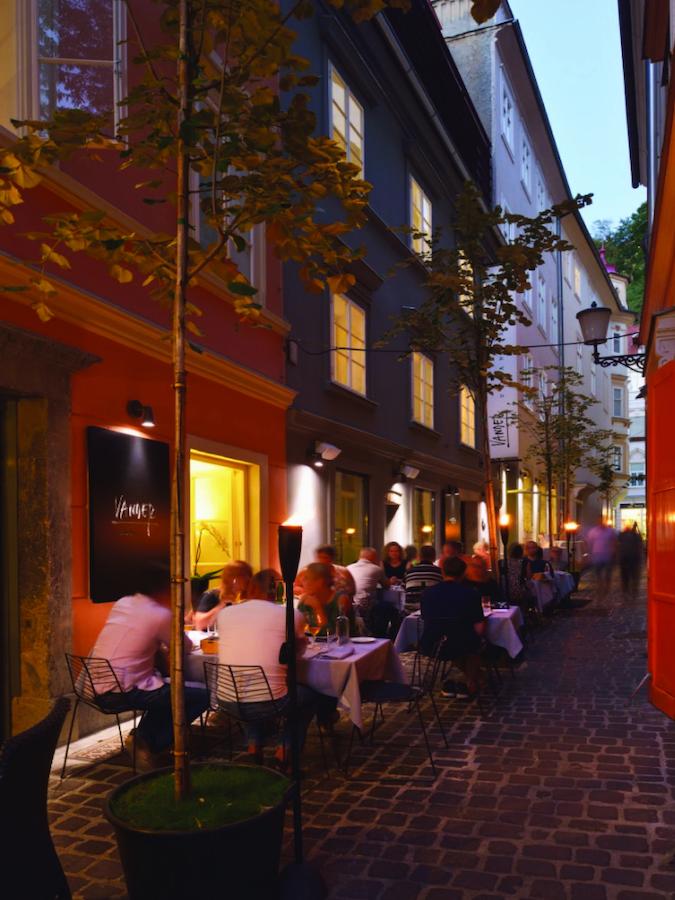 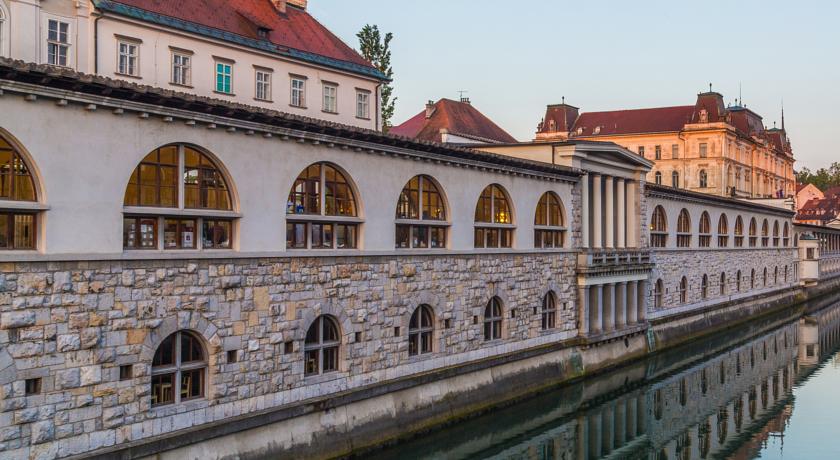 Why book Slovenia with us ?