The city of Tangier was a popular holiday destination in decades gone by but only recently has it seen the kind of revival and renovation that has brought Marrakech and the south of Morocco such attention and popularity. We have always believed that Tangier should not be overlooked as it can provide an ideal starting or finishing point for railway tours, private journeys and self-drive itineraries or even as a beach or city destination in its own right. There are a few direct flights from the UK, although arriving by ferry from Spain, Gibraltar and France is also a good option. Tangier retains its powerful charm to this day … from the previously nefarious alleys in the Petit Socco area to the many café terraces of the avant-garde French quarter.

Shining like a beacon between Europe and Africa, Tangier has always been cosmopolitan, a mixture of civilisations. The very name evokes an air of mystery, of one-time shady dealings when the city was divided between Britain, America, France, and Spain. It was an International Zone within easy reach of Europe so from 1923 - 1956 Tangier was a playground for international jet setters, attracting authors, spies, artists and aristocrats.

Tangier's Medina has always fascinated artists - Eugène Delacroix, Henri Matisse, Paul Bowles, Tennessee Williams, Jean Genet… the list goes on. All fell for the charms of the Petit Socco Square and its cafés, especially the famous Tingis, despite (or perhaps, because of) the reputation acquired during the period when casinos and dance halls abounded. The old Mendoub Palace, built in 1929, situated to the north of the medina, is now a mansion for foreign VIPs.

Throughout the centuries Tangier has been of prime importance due to its position at the meeting point of the Atlantic and Mediterranean. Phoenicians, Romans, Byzantines and Muslim Arabs have all settled here and for two hundred years a power struggle existed between the Spanish and Portuguese. Today as its economic importance has decreased its tourist industry has increased, some say due to its former notoriety!

Away from the main streets a maze of alleys leads to the kasbah and the old sultans' palace (now transformed into a museum). A fabulous panoramic terrace can be reached from the market place in the kasbah. The Grand Socco Square holds the busiest market in Tangier, here you can catch a glimpse of women from the Rif Mountains wearing their fouta, a hat with multi-coloured pom-poms; more stalls are set up in the Chejra foundouk, a magnificent caravanserai. St Andrew's Church, with its minaret shaped steeple, is a link to the West.

European Tangier starts at the Place de France where you can see the stylish Grand Café de Paris and the Café de France, authentic haunts of artists (and some say, spies) over the years. Continue along the coast to the Marshan quarter and the Mendoub Palace, once owned by the multi-millionaire Malcolm Forbes; many lavish parties were held here overlooking the ocean. It is now the Forbes Museum and was one of the locations used in the Bond film 'The Living Daylights'. The terraces of the renowned Hafa café, open since 1921, offer you a magnificent view over the Straits of Gibraltar.

You should leave the medina by the Grand Socco Square, a lively spot in the evening, and enter the new town. Enjoy a pleasant walk in the Mendoubia Park, situated north of Grand Socco Square - highlights here include a giant banyan tree and a dragon tree alleged to be 800 years old. Stroll along the Rue de la Liberté, a shopping thoroughfare, to the Place de France which is the heart of the modern town. The celebrated Grand Café de Paris was a haunt for famous names in art and literature of the 19th and early 20th centuries. From here you'll have an amazing view of the medina and the port and Bay of Tangier from Faro Square with its canons.

Paul Bowles, Paul Morand, Jean Genet, Mohammed Choukri, Samuel Beckett, Tennessee Williams, Henri Matisse ... all without exception have sat in the Grand Café de Paris and the Café de France, just opposite. Most, including Rita Hayworth and Winston Churchill, have stayed at the hotel favoured by Paul Bowles even though Edgar Degas and Pierre Loti seem to have preferred another. All crossed the threshold of the Colonnes bookshop on Boulevard Pasteur. Many ventured to the Tingis café or the Fuentès, meeting-place for intellectuals and journalists at that time, in the Petit Socco. They all would have watched the magnificent sunset from the terrace of the Hafa café, a spot which continues to be visited by VIPs from the world over, from Sean Connery to the Rolling Stones.

There are two headlands in Tangier which you should visit to admire magnificent sunrises and sunsets; great occasions for peaceful and romantic walks. Cap Spartel - about 12 kilometres from Tangier, is ideal for admiring the sun setting over the Atlantic Ocean. On the way, you can stop to visit Hercules' Cave which, according to legend, is where this mythical Greek half-god rested after digging the Straits of Gibraltar [Please note that the cave floods at high tide]. The entrance has the shape of an upside-down map of Africa. There is a restored Roman site just 500m away - the old town of Cotta where the ruins of its temple and the hot-baths remain. There is also a fine lighthouse built in 1865.

Cap Malabata, 10 kilometres from Tangier, is ideal for admiring the sun rising over the Mediterranean. The road leading to Cap Malabata lighthouse is lined with creeks and deserted sandy beaches and has magnificent views of the Strait of Gibraltar and the Spanish coastline. From the lighthouse you have a splendid view of the town and the Bay of Tangier. Further along the same road, you should stop in Ksar Es-Seghir, a small fishing harbour with its colourful and lively Saturday souk; not far away, a beautiful sandy beach awaits you.

Historic, charming and centrally located with views over the Straits of Gibraltar. 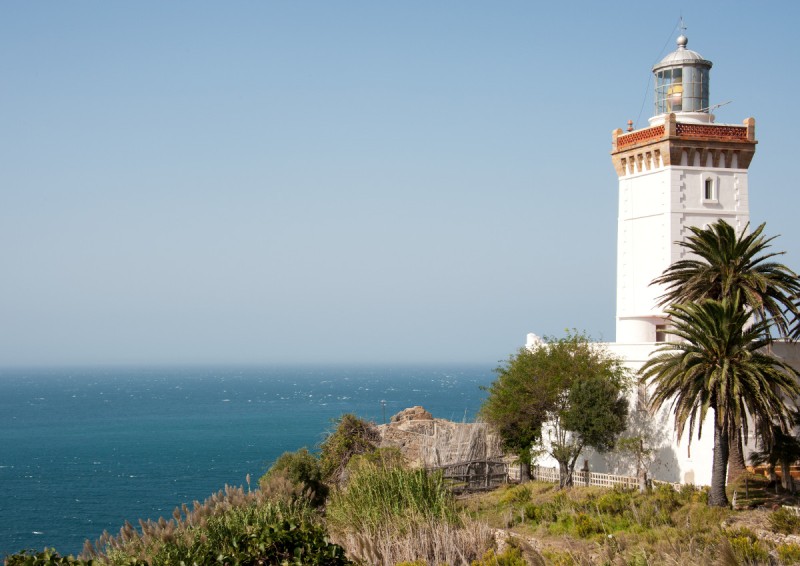 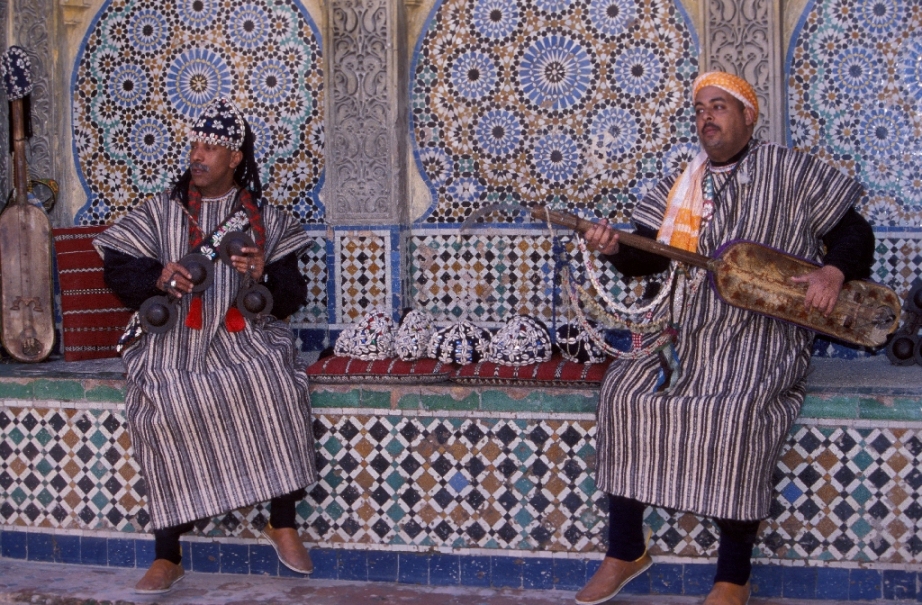 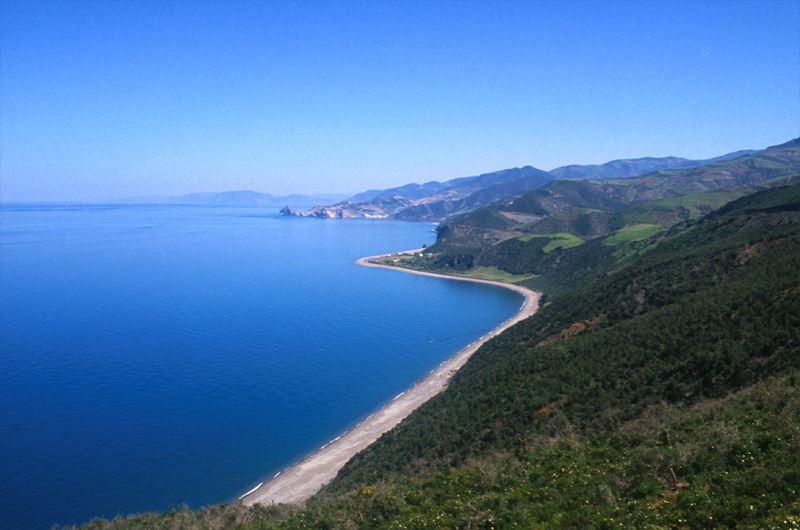