This large city in the Arctic has two months of midnight sun with, of course, an equal period of winter darkness.

Set on an island surrounded by fjords Tromso is joined to the mainland by a long bridge built in 1960. Although the city suffered during WW2 many old buildings survive including the cathedral which dates from 1861. This contrasts with the 20th century Tromsdal church, called the Arctic Cathedral, a majestic building made of glass, concrete and steel with a stunning stained glass window.

Of interest in the city is the Polar Museum, housed in an old warehouse with exhibits on the Sami people and explorers who set off on Arctic expeditions. The Tromso Museum also features an exhibition on the Sami depicting their boats, sleds, houses and igloos. There is also a section on the Northern Lights; they have been monitored from Tromso since 1928.

This award winning hotel stretches out over the Tromsø strait with magnificent views of the harbour.

Centrally located at Tromso harbour, with views towards the Arctic cathedral. 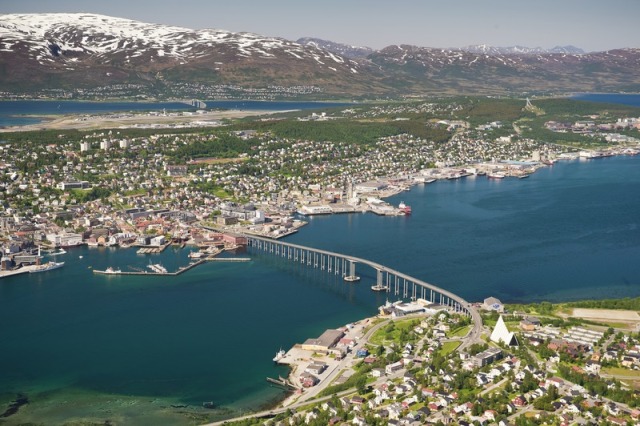 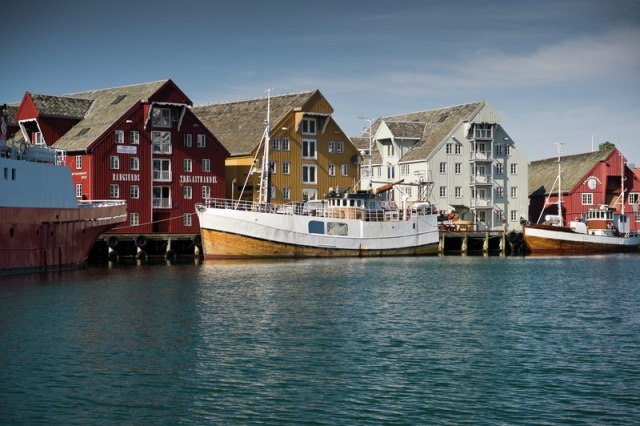 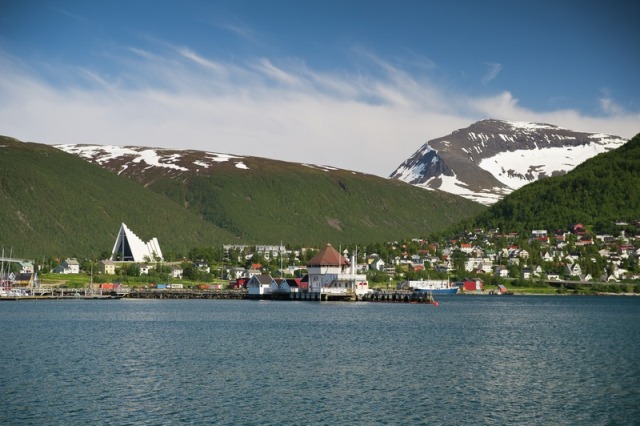 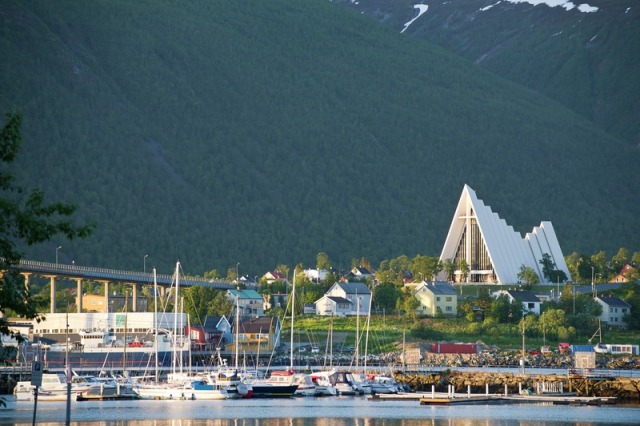 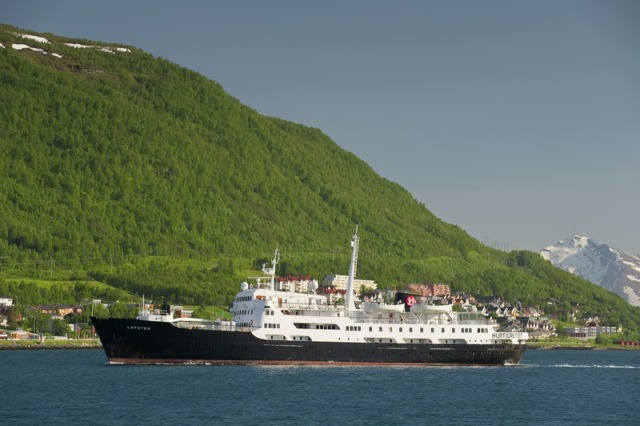 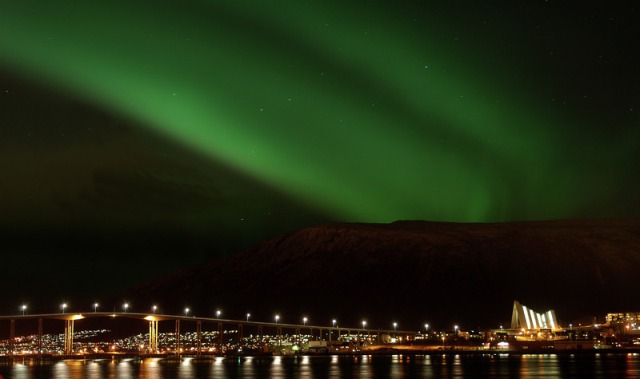 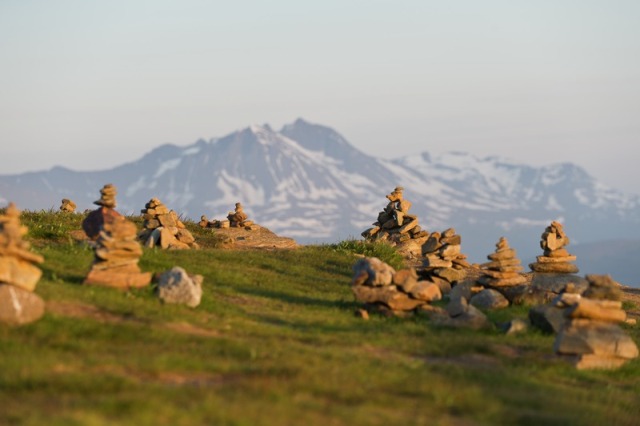 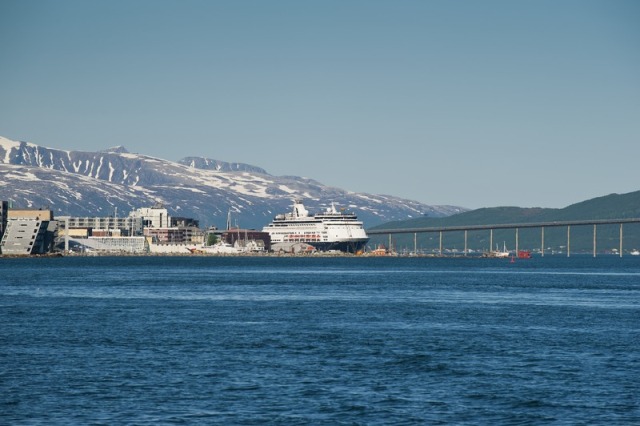 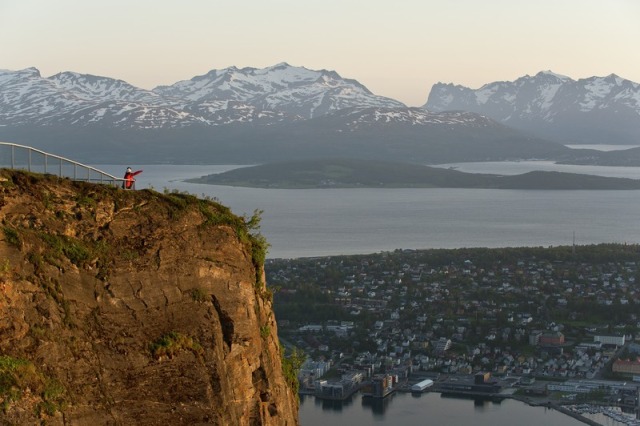 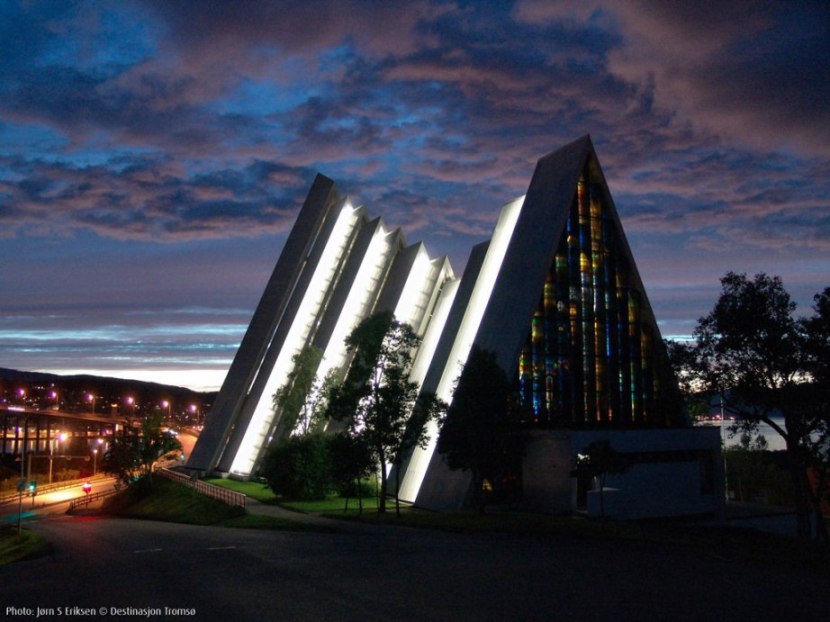