Hotel Triglav Bled was originally built by the Mayor of Bled, Jakob Peternelj, and officially opened in 1906. That year also saw the first rail connection with Vienna. The Second World War and years of nationalisation followed but the Hotel Triglav has now finally returned to the grandson of the original, pre-war owner.

The present owners dedicated themselves to a complete refurbishment of the hotel, reviving its original appearance and restoring its soul after a long period of neglect. The facade boasts beautifully preserved geometric elements in the original Alpine Secessionist style. In the lobby, guests are greeted by the famous 1930s August Förster concert piano whose sound enthralled the audience at the second Bled Jazz Festival in 1961. All spaces feature antique items that take you back in time: old suitcases, furniture, porcelain, while the walls are home to numerous old photographs and masterpieces by renowned painters.

Hote Triglav has always been popular with guests and has many returning guests. Due to its immediate proximity to the lake, the hotel has been closely connected with rowers from its opening to the present day. In the hotel’s very first year, rowing regatta competitors stayed in the hotel. Even today, many Slovene and foreign rowers are among the regular guests. 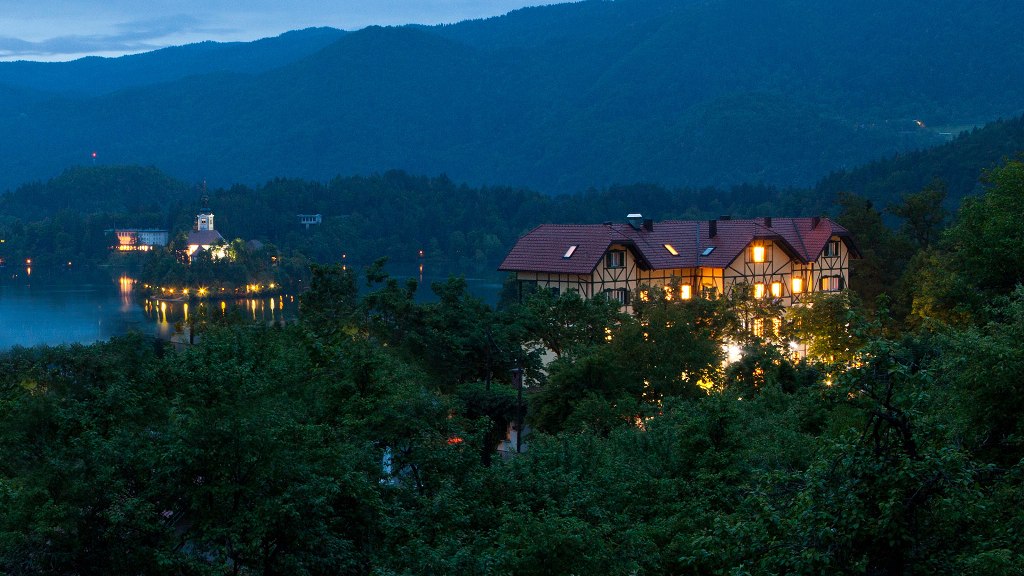 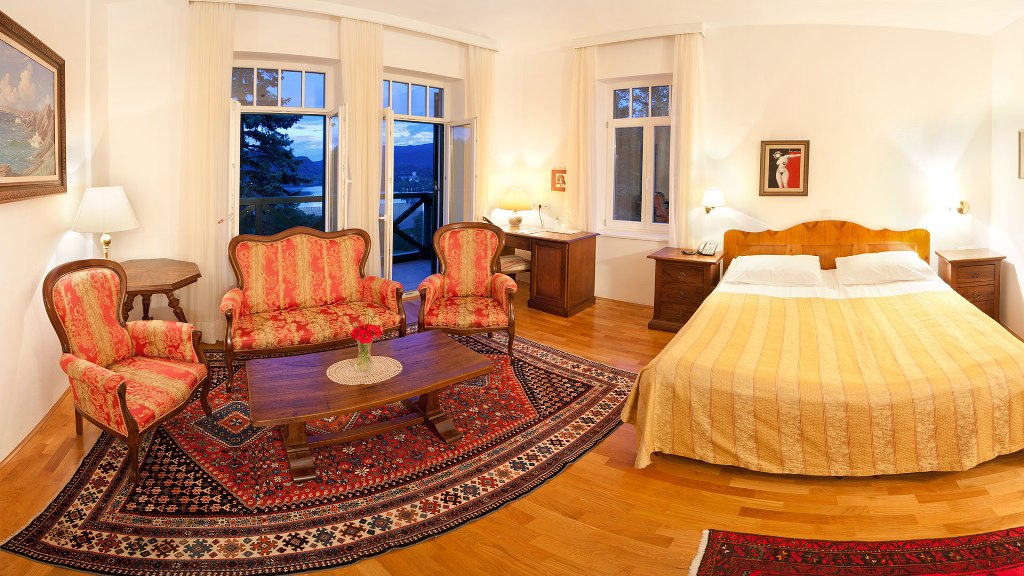 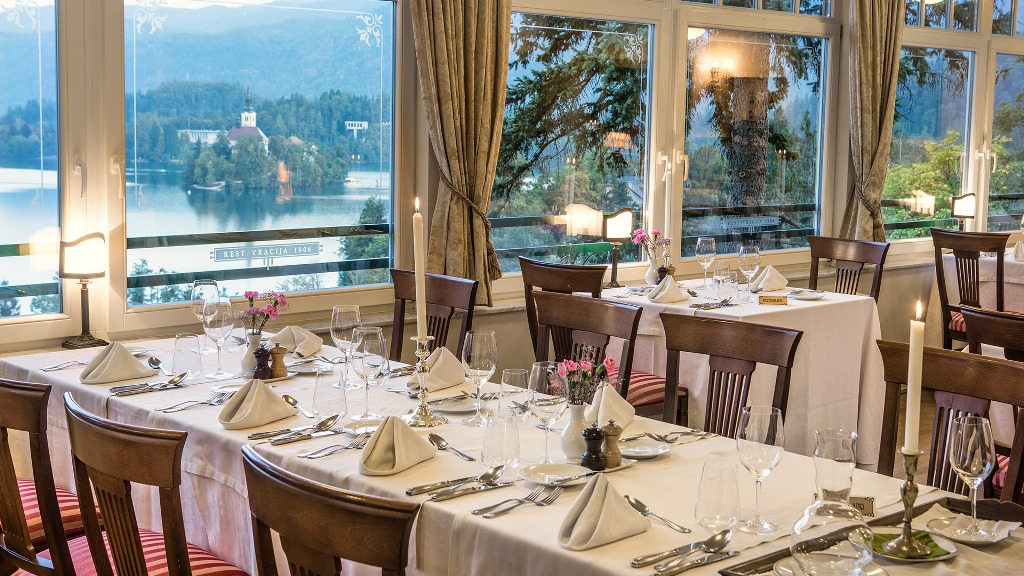 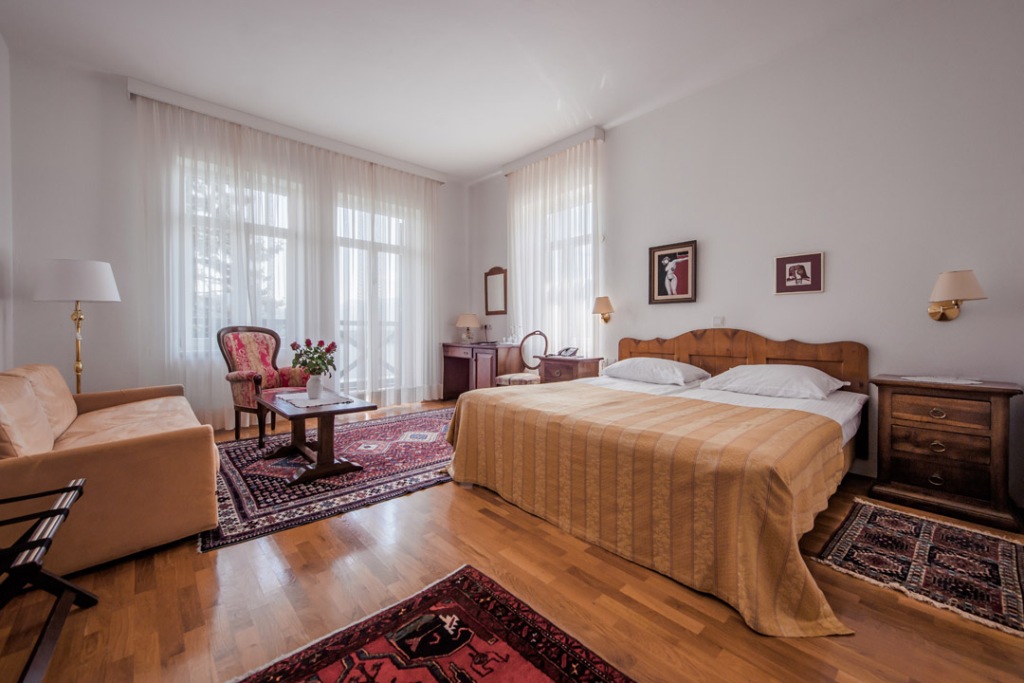 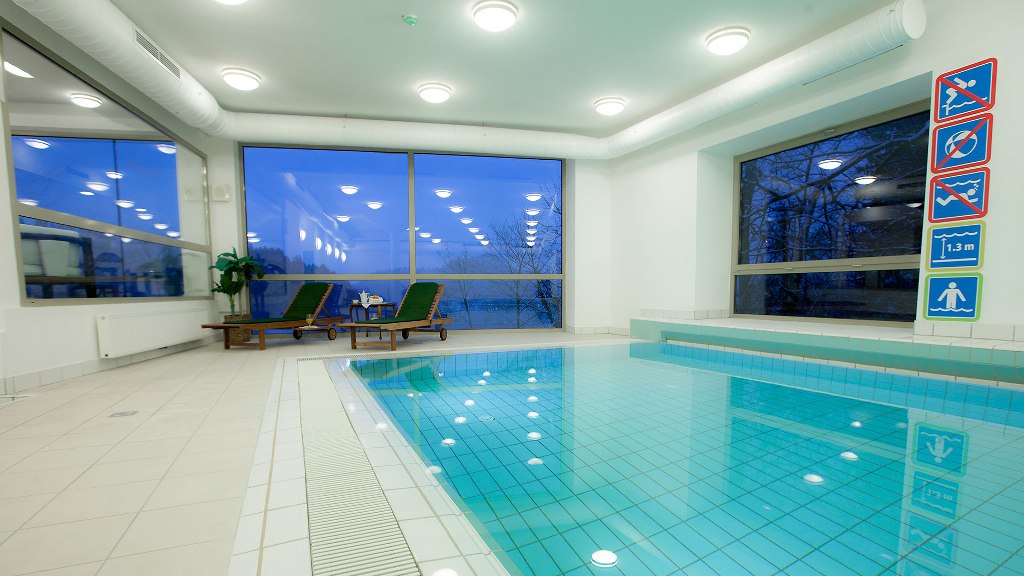 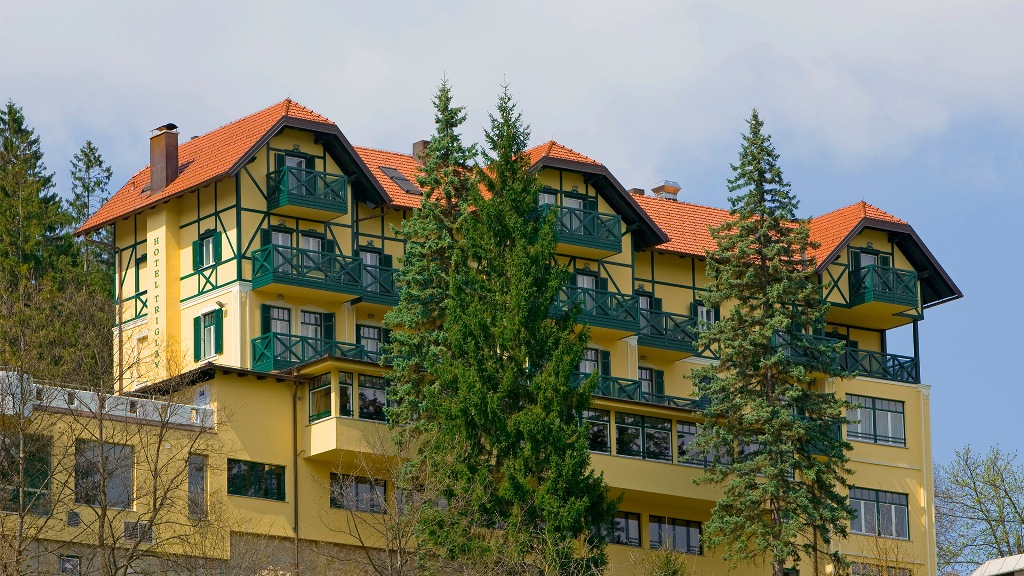 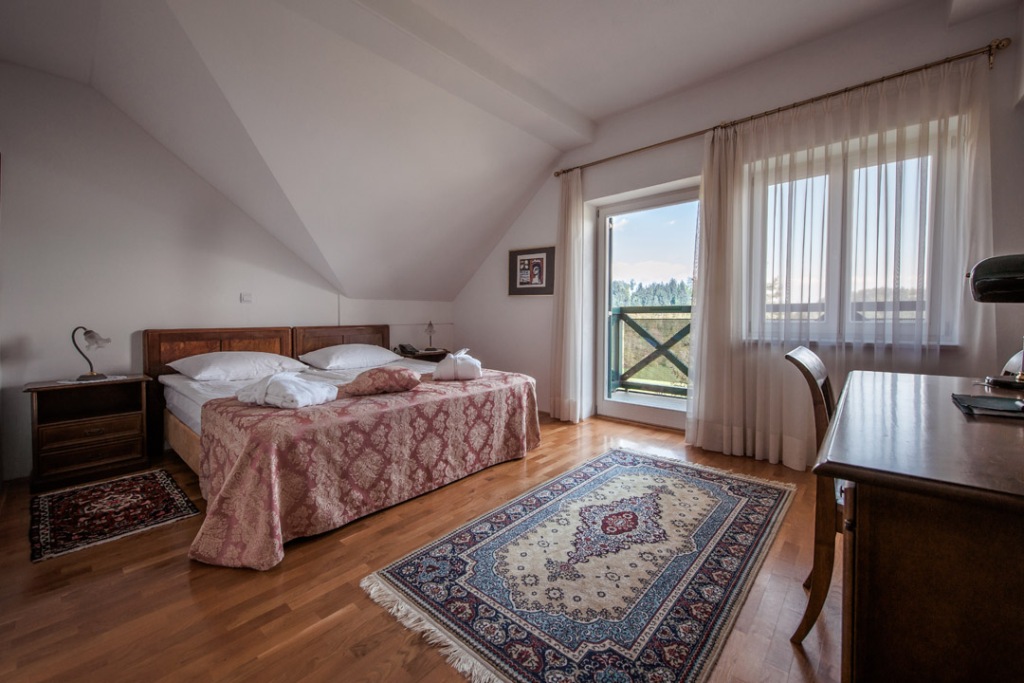 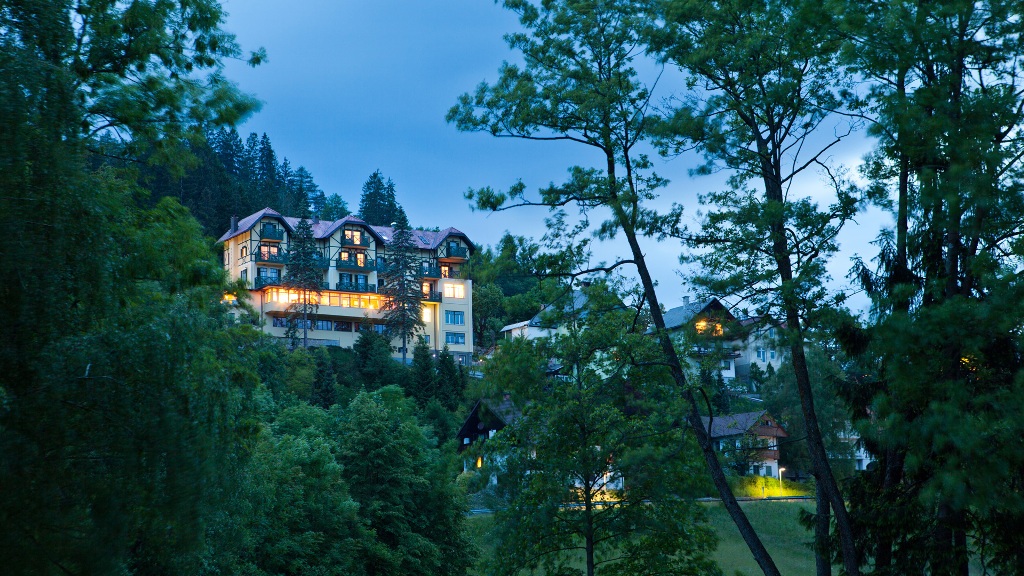 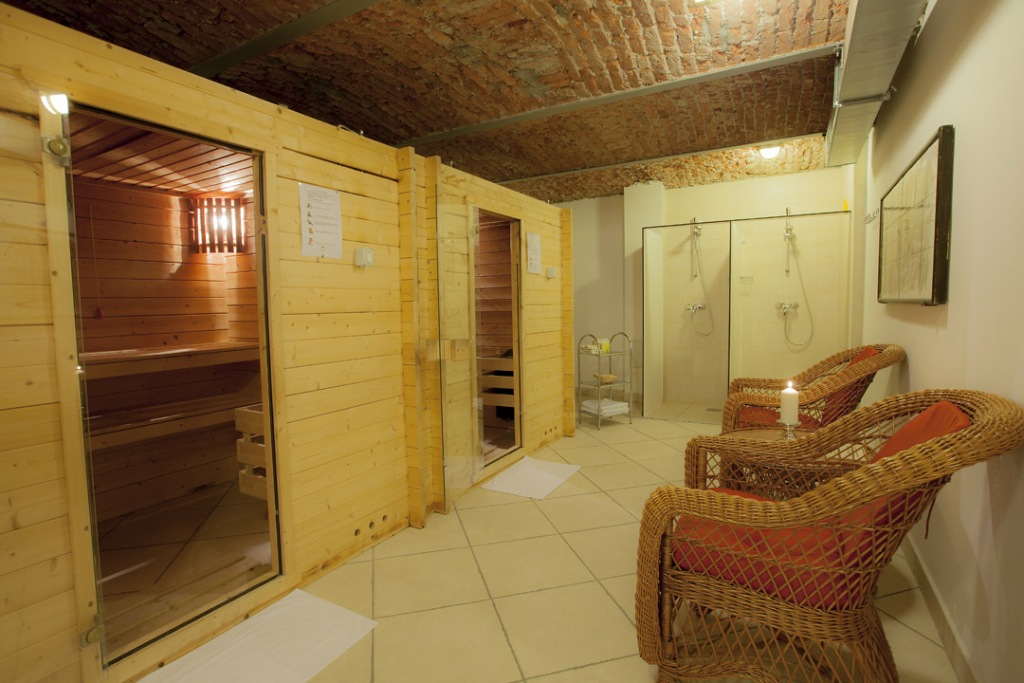 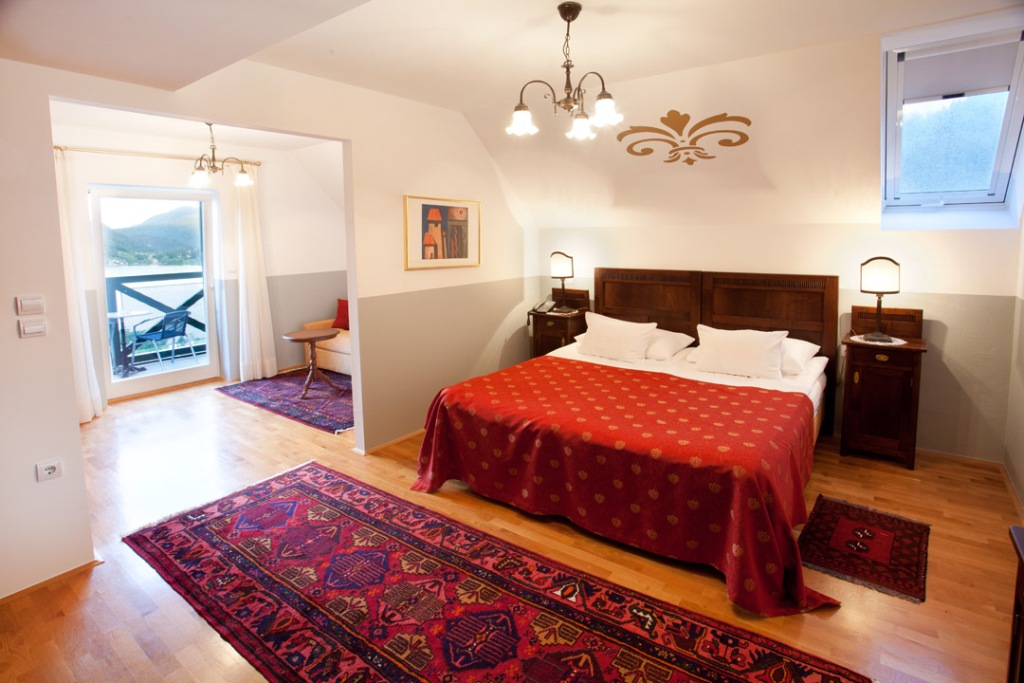 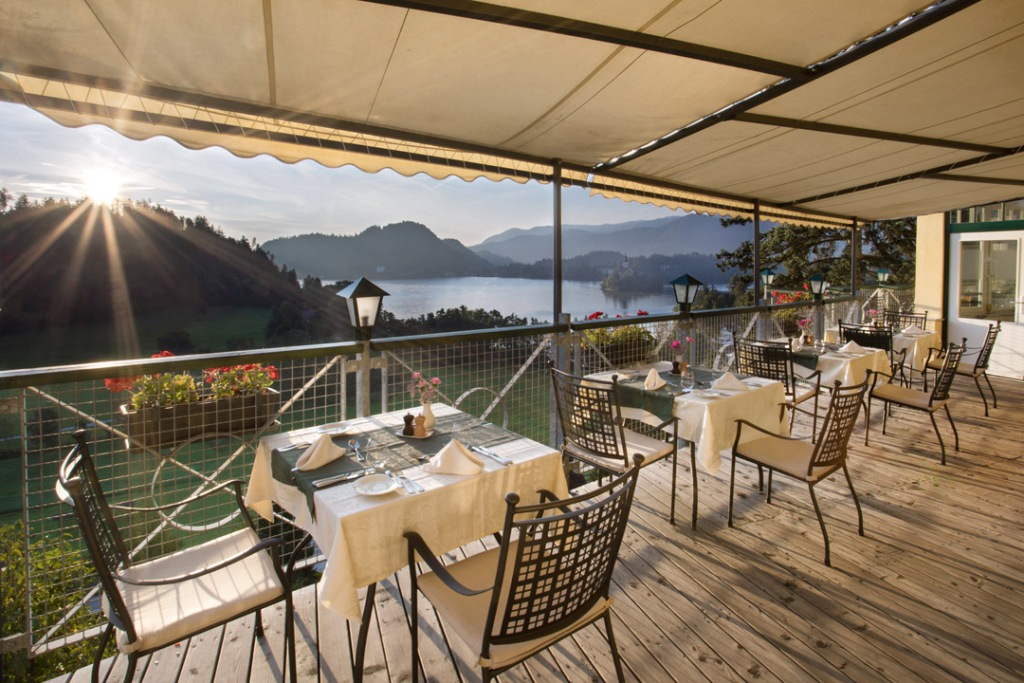 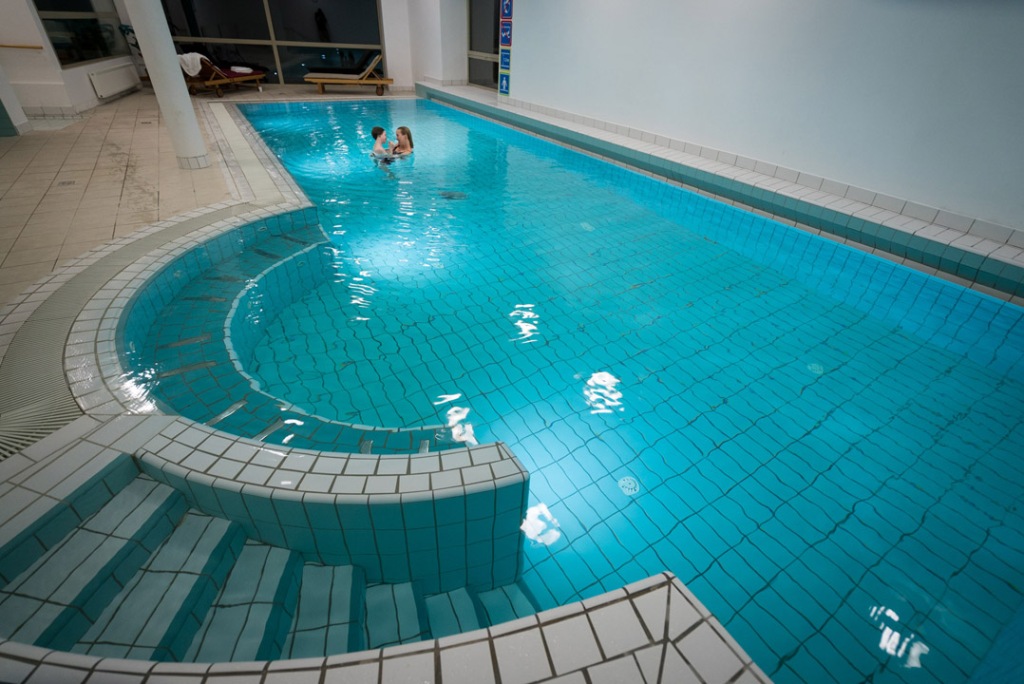 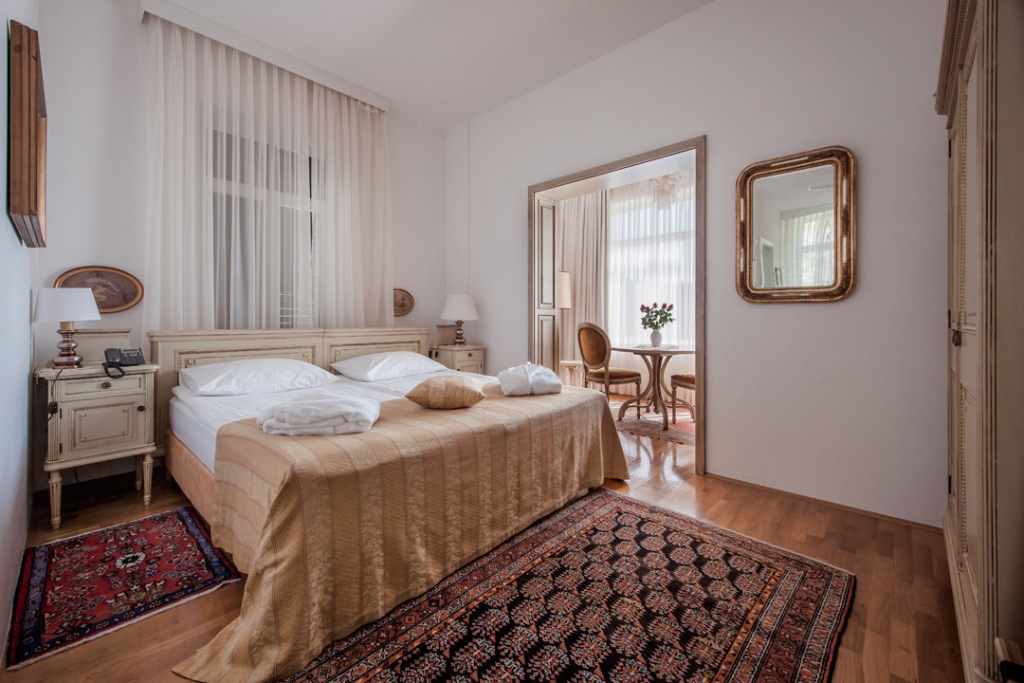 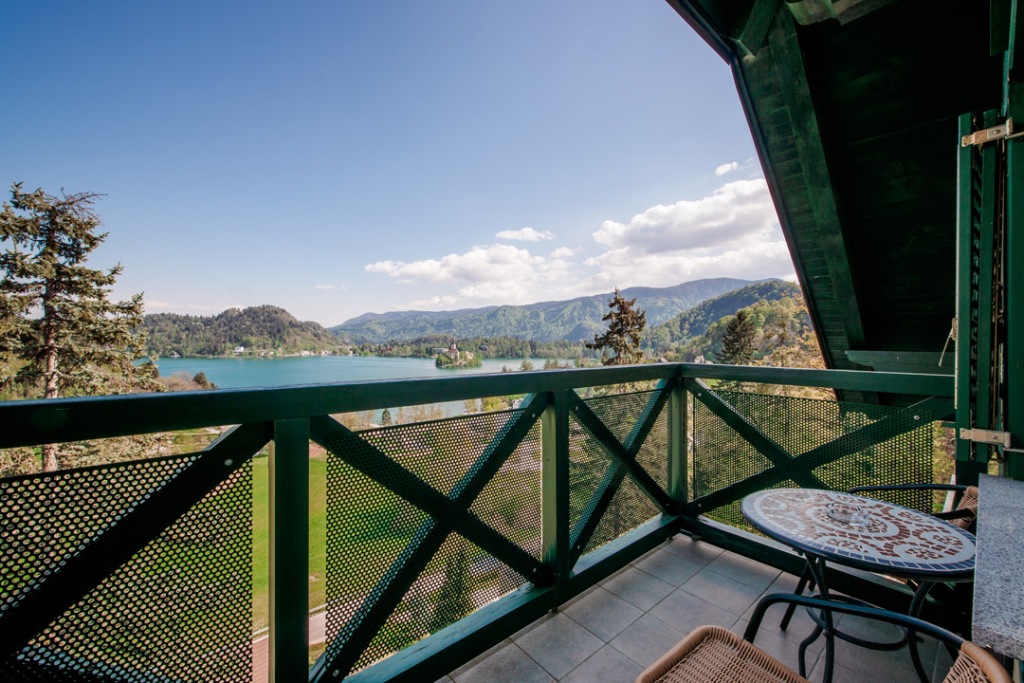 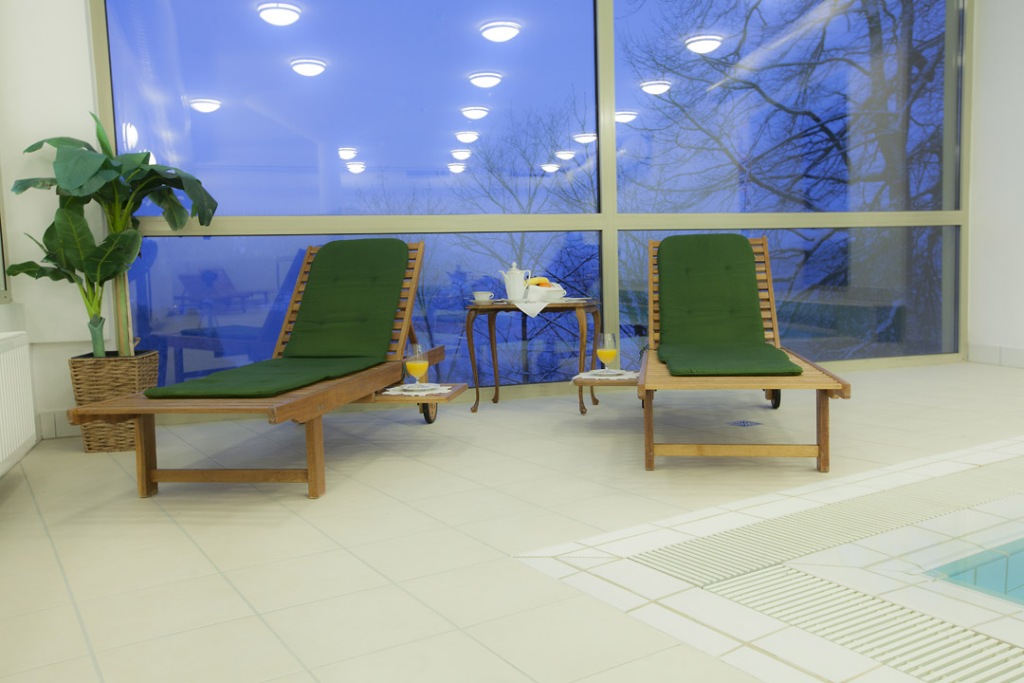 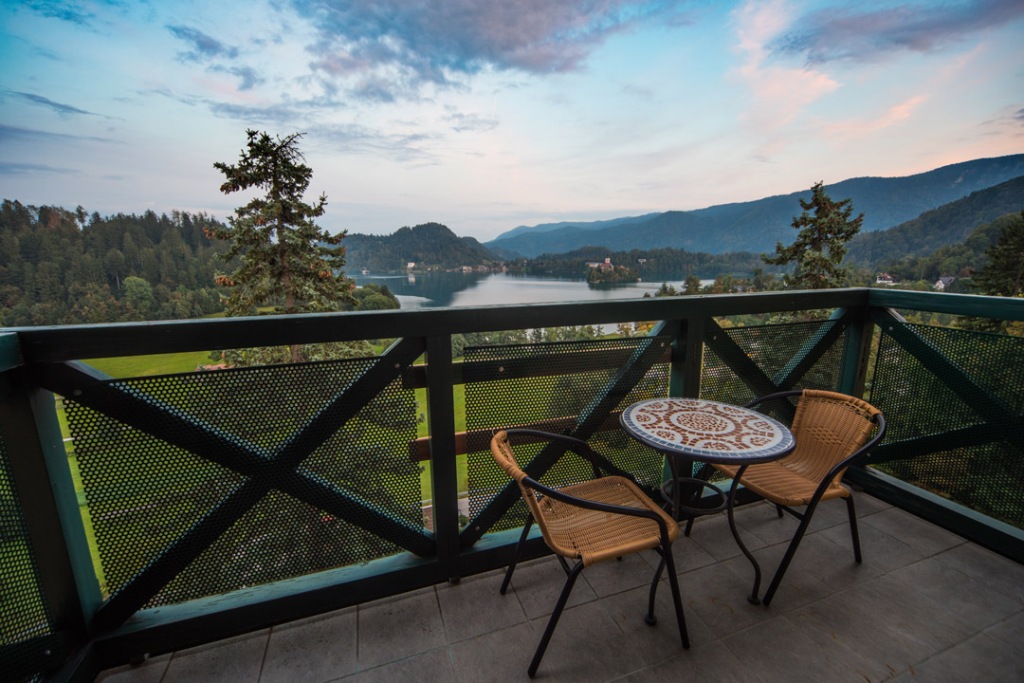 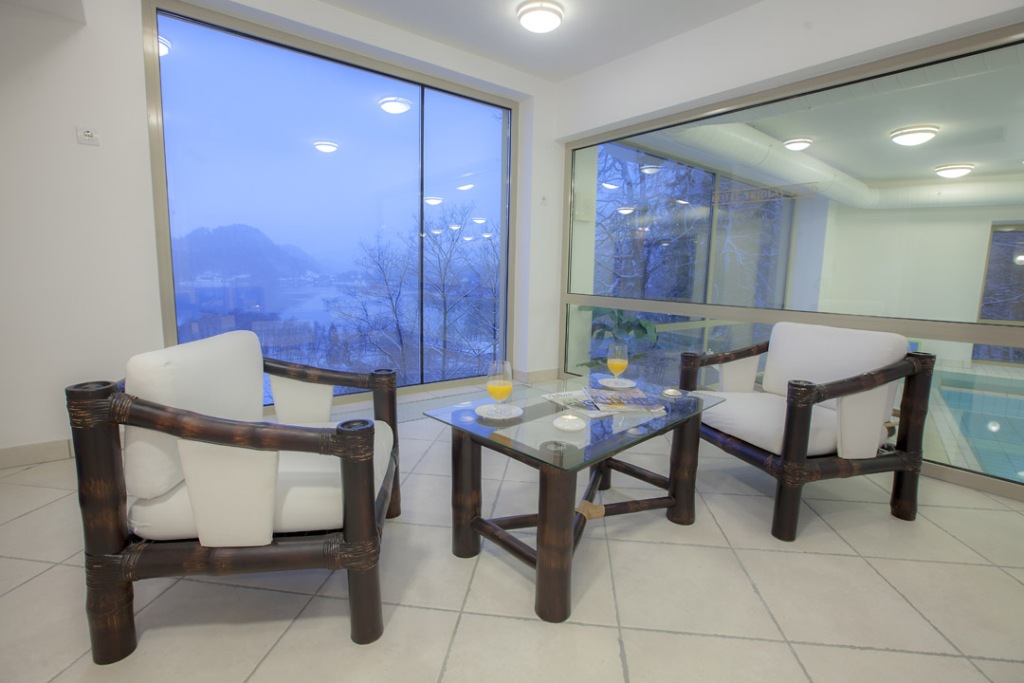 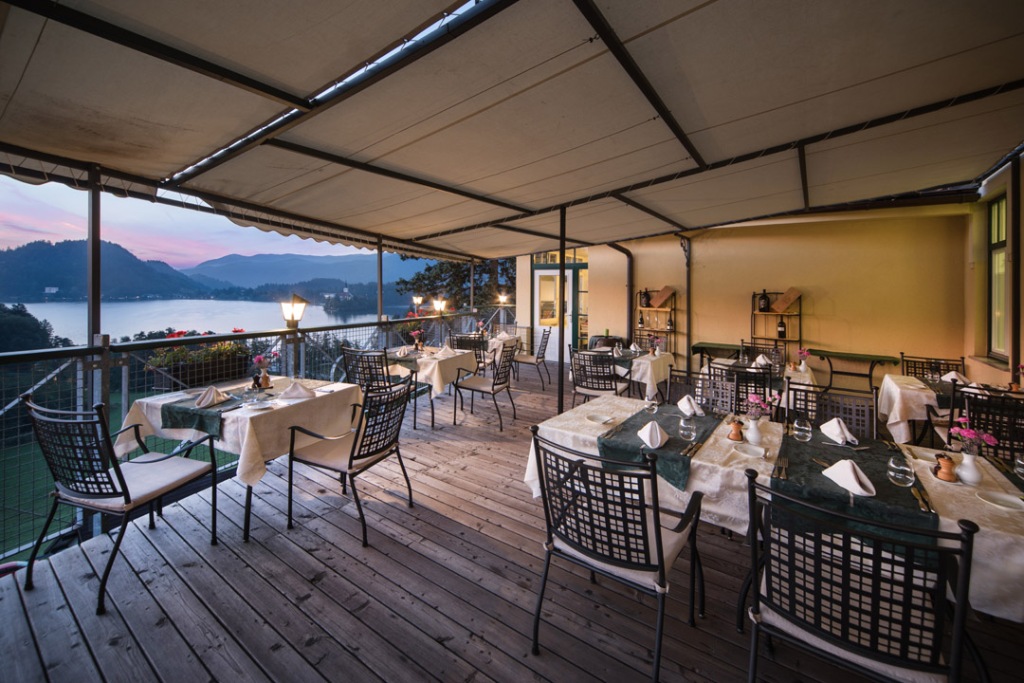 Bright and tastefully furnished rooms, decorated with artwork and selected antique furniture, most offering stunning views will make your stay unforgettable. Most rooms boast lake views and most have a balcony. Naturally, air-conditioning, mini bar, internet access, telephone, TV, hairdryer and a safe are all there for your convenience.

Restaurant 1906 overlooks the lake and the island and offers an extensive self-service buffet with local and homemade produce. Lunch and dinner offers traditional Slovenian dishes with a modern twist and the emphasis on fresh, local, seasonal ingredients, some of which are grown in the hotel garden. The Triglav is the only hotel in Bled with a wine cellar with over 200 top-quality Slovenian wines from every domestic wine-growing region.

Guests have use of the indoor pool & Finnish sauna at the wellness centre with massages available to book. The hotel has a garden and reading room. Parking is available on site at no extra cost.

"One of my favorites! We were on the 2nd floor with a balcony overlooking the lake. Beautiful."