Located on the slopes of Lovćen National Park in the village of Njeguša the Ethno Village St George is a place to relax. The location is ideal, in the midst of nature at an altitude of around 900 metres and close to the sea, Njeguši is a real “Air Spa” where two climates converge, a place untouched by industry. Njeguši is known as the birthplace of the Petrović dynasty that ruled Montenegro from 1696. to 1918. Lovćen is the most famous mountain in Montenegro - the two peaks stand out in height: the Štirovnik (1749m) and the Jezerski Vrh (1657). On the Jezerski Vrh there is a mausoleum of the famous Montenegrin ruler and poet Petar II (Petrović  Njegoš).

Well-known poet Aleksa Santic called the Bay of Kotor the "Bride of the Adriatic"; one of the most beautiful fjords in the world, whose beauty no-one can resist. From Njeguša you can enjoy the beautiful nature and sunsets over Bok, or descend the hair-pin bends to the old town of Kotor and enjoy the centuries-old tradition that the town possesses.

Njeguši as a place is famous already for air-dried prosciutto; there are dryers in all the villages and hamlets. Whether you come to Veli Kraj, Dugi Do, Erakovići, Mali Zalaz, Jaićevići or the Vrh Polje, you will find many households where the well-known prosciutto dries in an old fashion. Cheese from Njeguši is produced primarily from sheep’s milk (can also be cow or mixed sheep, cow and goat). Kačamak is a dense, strong dish that is prepared from wheat, buckwheat, barley or corn flour and served with cheese and sour milk. 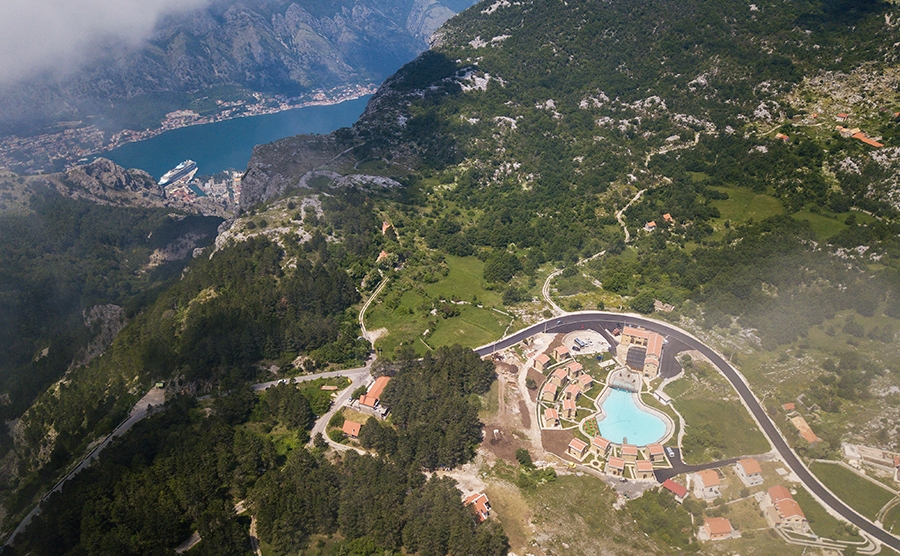 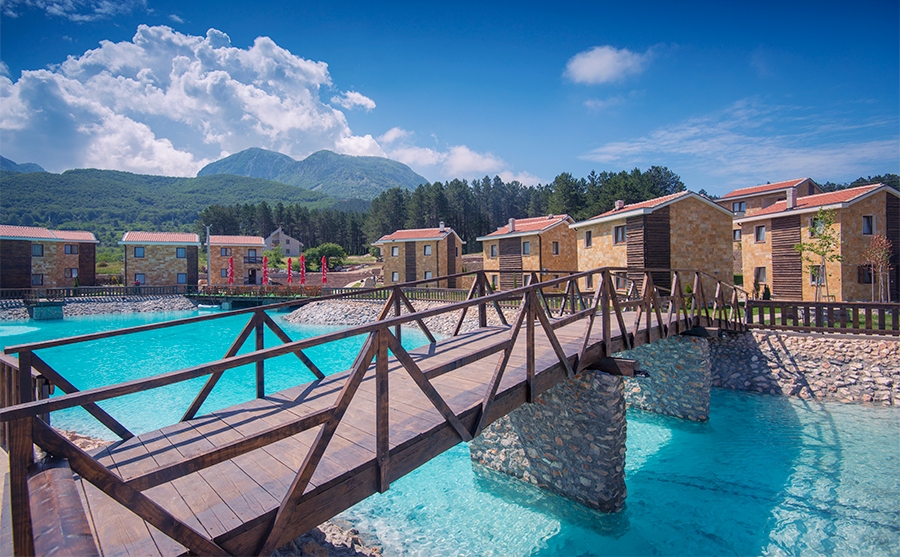 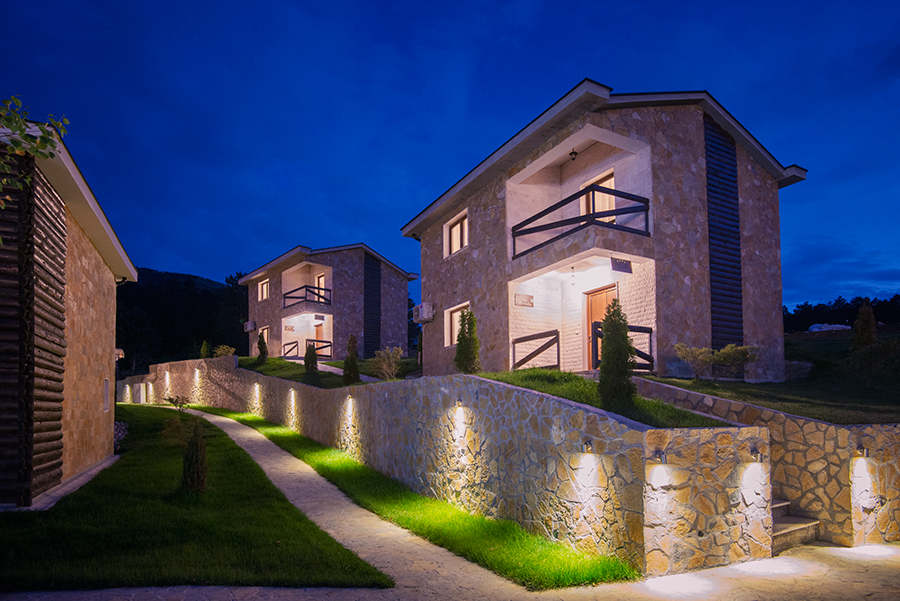 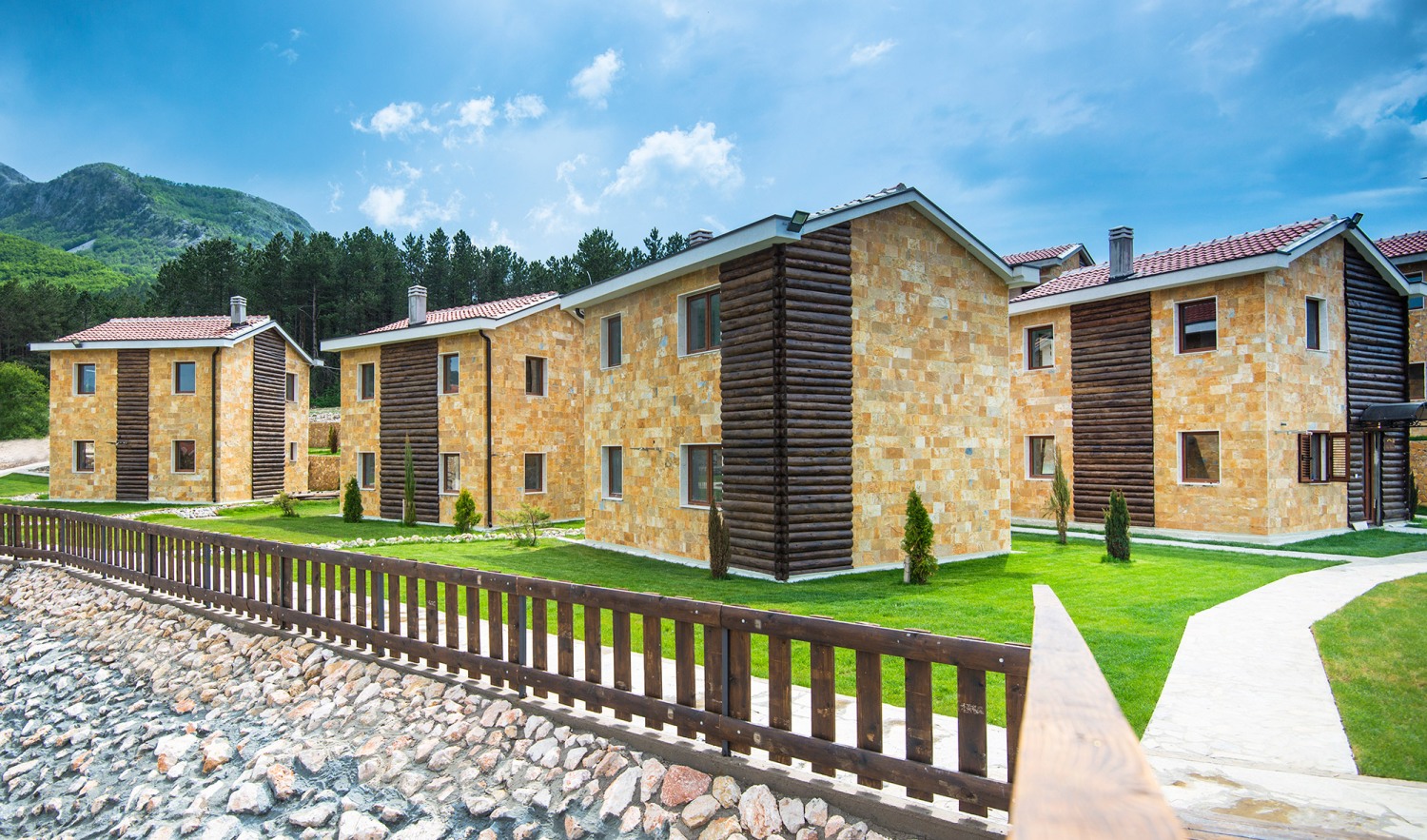 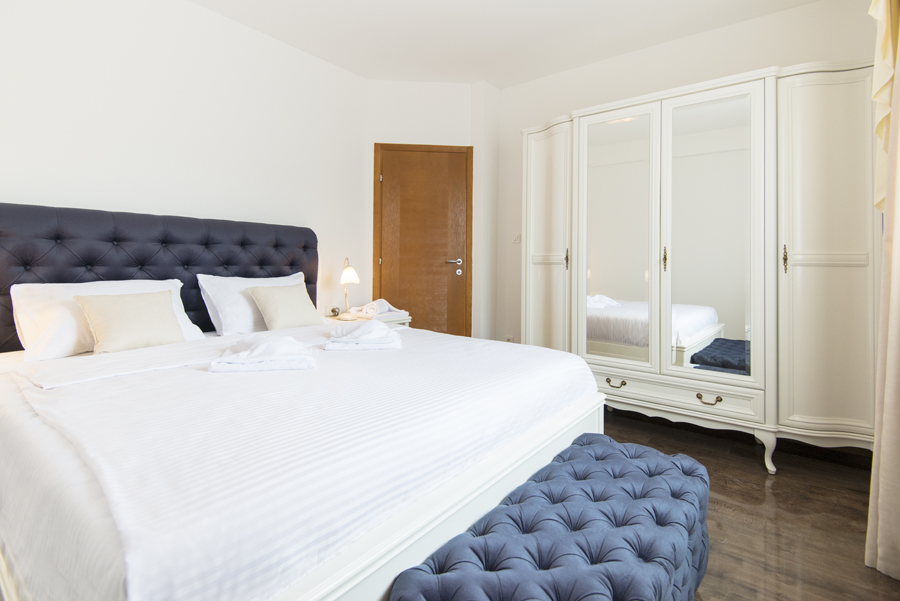 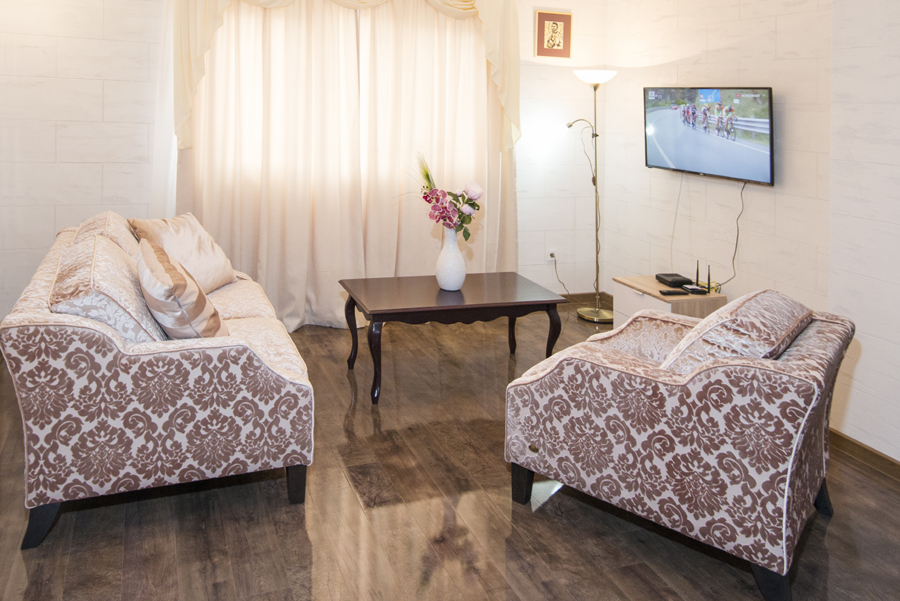 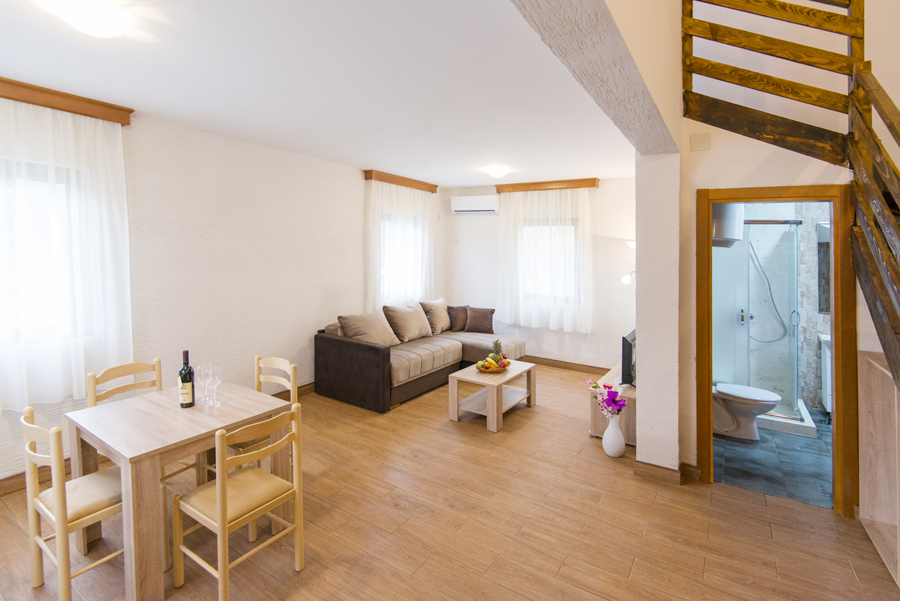 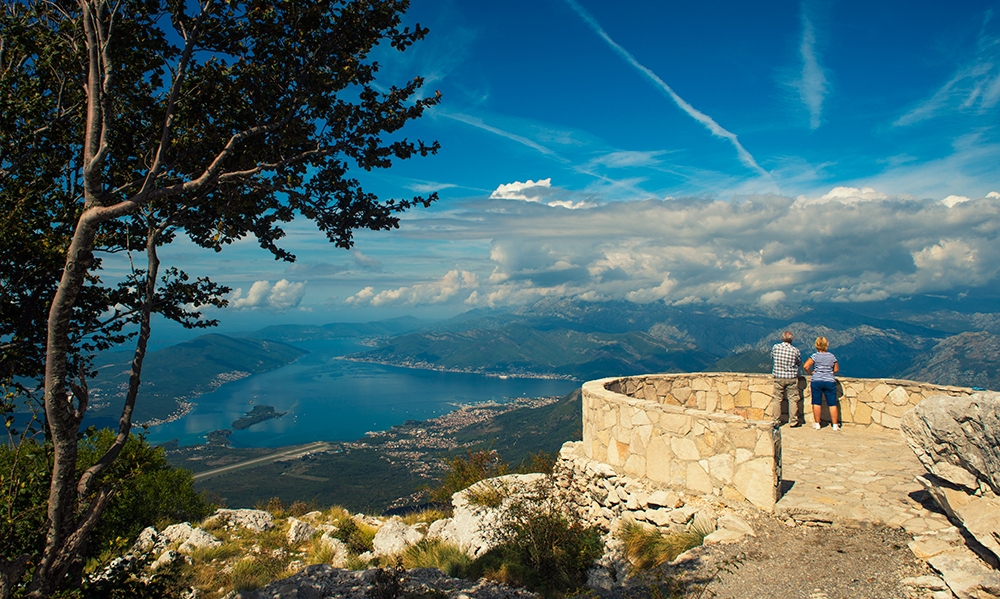 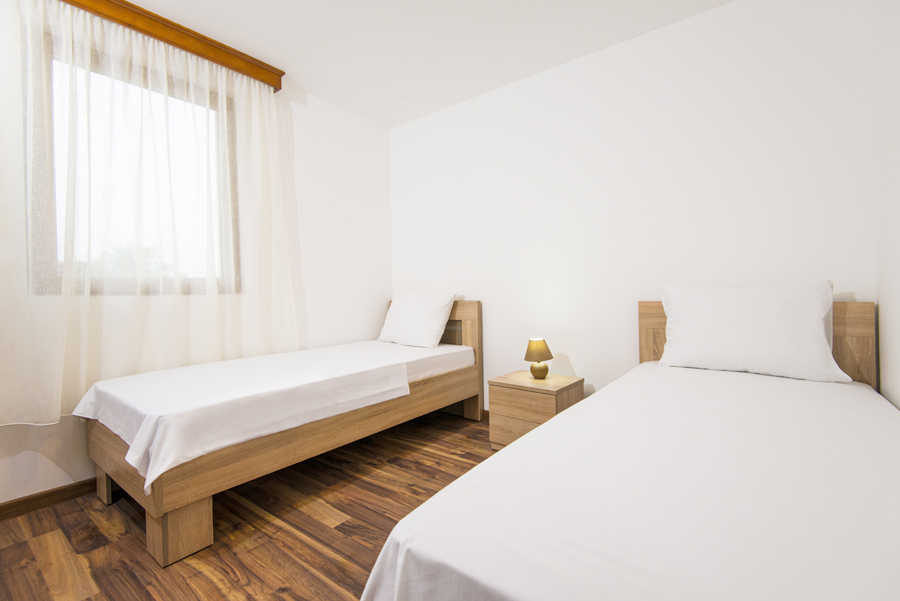 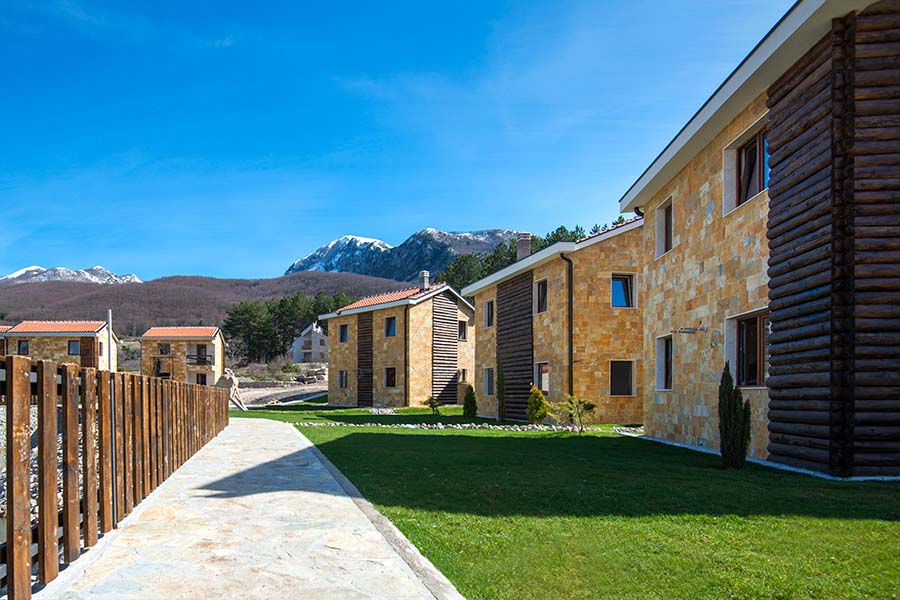 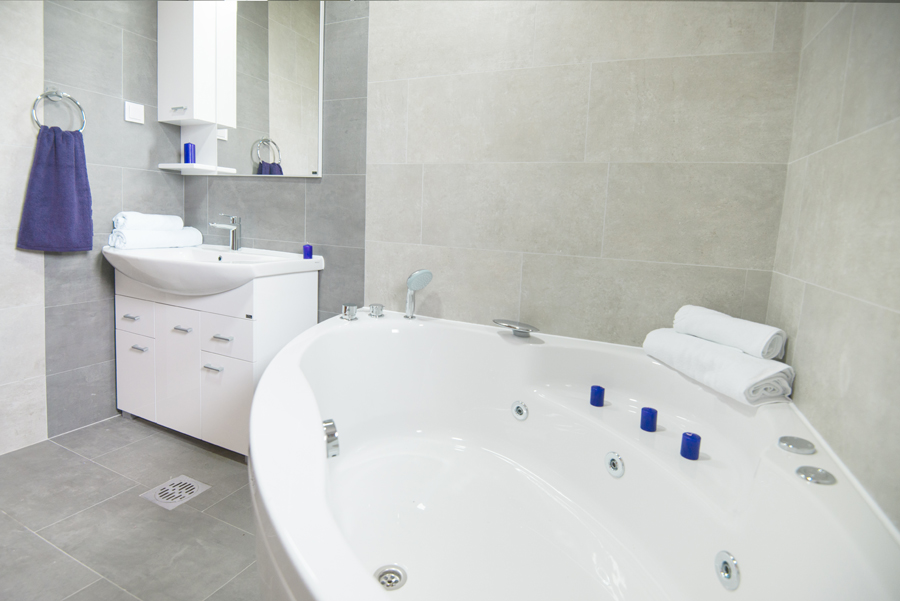 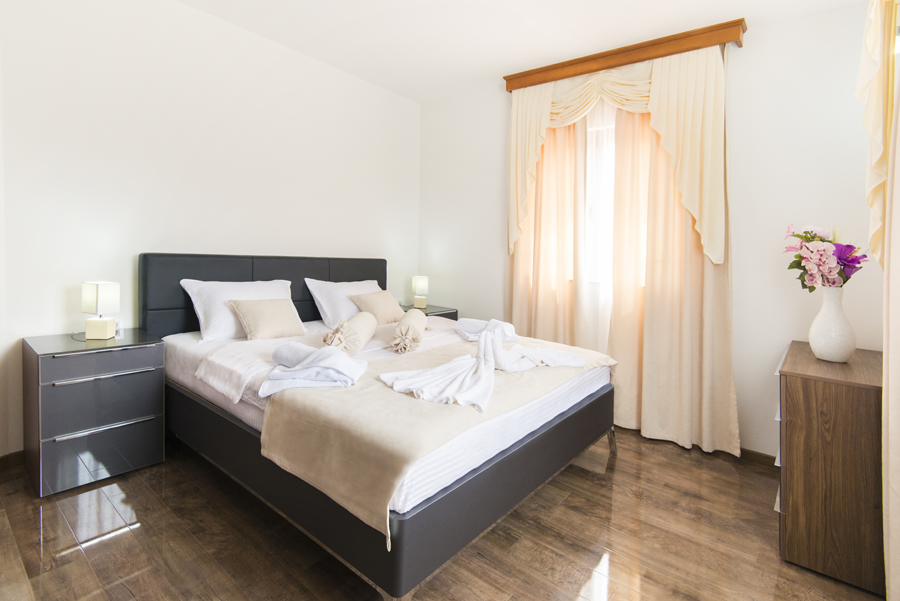 There are two Deluxe apartments (4-5 persons) with the same facilities as above but also including a complimentary bottle of wine, a fruit basket, drinks, & water.

The complex extends to 13,000 square metres with an artificial lake, a summer stage, a children’s playground and a wine cellar. The capacity of the complex is 15 standard apartments, two deluxe apartments and a restaurant with a variety of local specialities & delicious home-cooked food. Many dishes are prepared in the traditional method of baking.

There is direct access to walking trails and cycle paths; from the village you can visit Lovćen, Njegoš’s mausoleum, the old capital of Cetinje and Boka Kotorska (Bay of Kotor). It's a paradise for those who enjoy excursions, hiking, walks and activities at sea and in the mountains.