The beauty of Lopud is breathtaking; a circular bay with a beach of white sand and clear waters attract the visitor and indeed Lopud has over a kilometre of sandy beaches. Lopud’s name derives from the Greek name for the island, Delaphodia, although it was also named Lafota by the Romans who once had a settlement there. Lopud has just the one village, also called Lopud and is located in Lopud bay which looks over to Sudurad on nearby Sipan Island; Sunj Bay, with a sandy beach, is located on the other side of the island.

Lopud is one of the main inhabited Elaphiti islands, located a short ferry crossing from Dubrovnik's Gruz Harbour. There are frequent sailings in the summer so it is an easy day trip option; however, you may consider staying here to get away from the hustle and bustle of Dubrovnik. Places of interest include a 15th century hilltop Franciscan Monastery and nearby church which were both fortified in the late 16th century against Turkish attack. It was around this time that many of the other buildings in town were constructed thanks to Lopud's wealthy merchant fleet. The best beach (Sunj) is a short walk but worth the effort as the path takes you through lush vegetation heady with the scent of aromatic herbs. It is also possible to rent bikes to navigate the island tracks or kayaks to spend some time doing something a little more active on the sea.

Elaphiti is a group of islands located northwest of Dubrovnik. They took their name from the Greek word Elaphos, meaning deer, in ancient times the islands were apparently home to a large deer population. Supposedly, the Elaphiti islands are first mentioned in the 1st century by Pliny the Elder in his work 'Naturalis Historia'. Some of the most skilful mariners came from here and their strategic location out to sea in front of Dubrovnik also made them a valuable asset of competing empires - Greeks, Romans, Ragusa Republic, Republic of Dubrovnik (from 1272) and then in 1571 the islands were attacked by the Turks so all defences were strengthened.

There are actually six islands in the archipelago, not including any small islets, although the three main ones to visit and stay on are Lopud, Sipan and Kolocep. Of these, Kolocep and Lopud are entirely car-free and all have very small populations, for example Lopud's is just over 200.

Sipan is the largest of the main Elafiti islands, and there are two main villages on the island – Sudjuradj, on the southeastern tip of the island, and Sipanska Luka, on the western side, each centred around a bay. Sipan, however, isn’t car free – although it is still a relatively quiet and peaceful island and it does mean you can get a bus across the island. There are several churches on the island, including the 11th century St Peter’s Church and the Church of the Holy Spirit which was built in 1569; some of Dubrovnik's aristocracy built their summer houses on Sipan, the remains of which can still be seen today.

All these islands have one thing in common - exceptional beauty. You'll love the peace and quiet of the archipelago, the romantic sunsets, a place where you can enjoy good food and drink, and a variety of sports and adventures. Lopud is perhaps the most beautiful of all the islands due to its rich history, many churches and beautiful beaches. This region is well known for its many hours of sunshine; according to meteorologists there are, on average, 2584 hours of sun every year on Lopud (around 215 days). That kind of climate supports the growth of thick Mediterranean vegetation: lush forests, dominated by Aleppo pine, Mediterranean maquis, palms and olive trees.

The Hotel Lafodia is surrounded by sea and palm trees. Carved into a cliffside, it is one of the most unique 4-star hotels in Croatia.

The historic building Villa Vilina is a small family-run boutique hotel situated in the centre of the island. 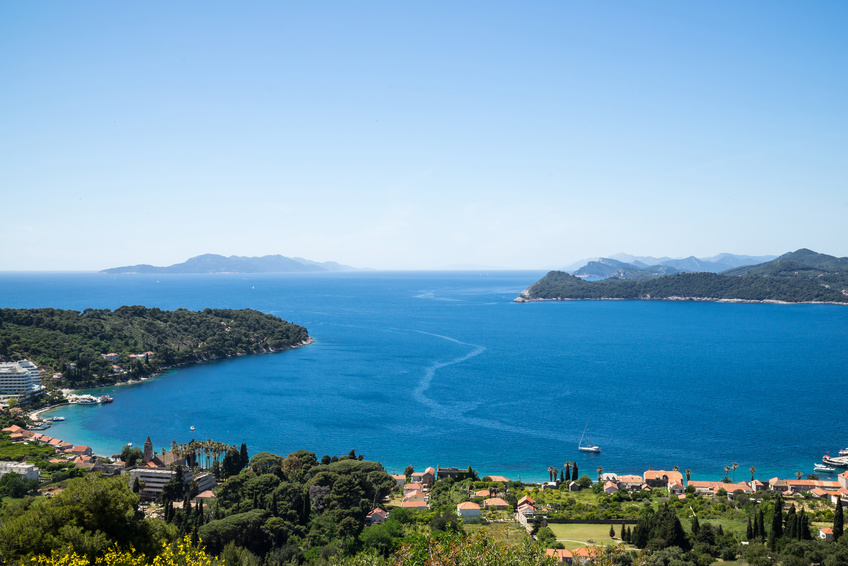 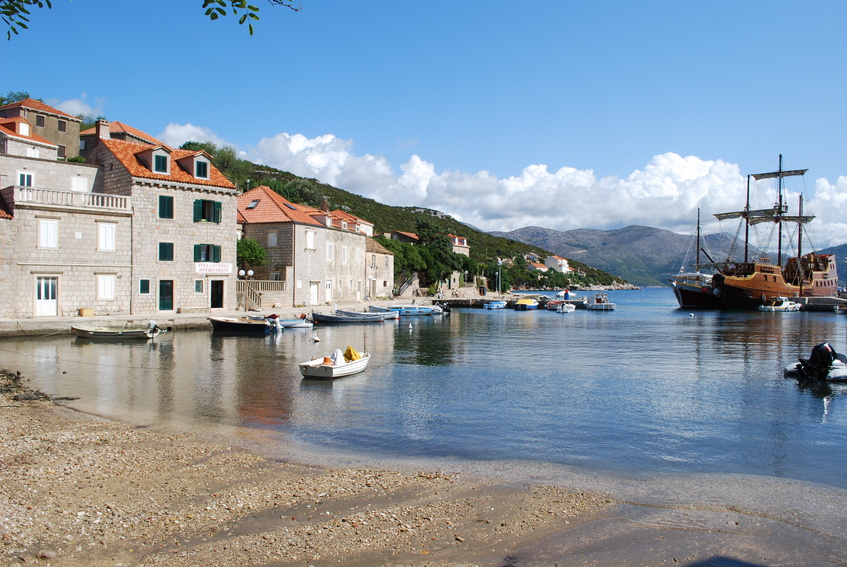 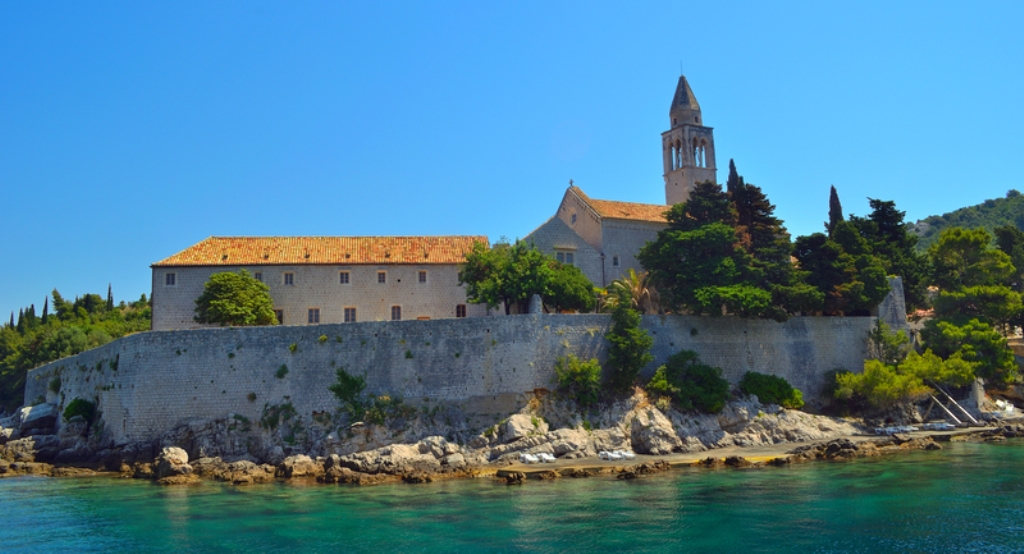 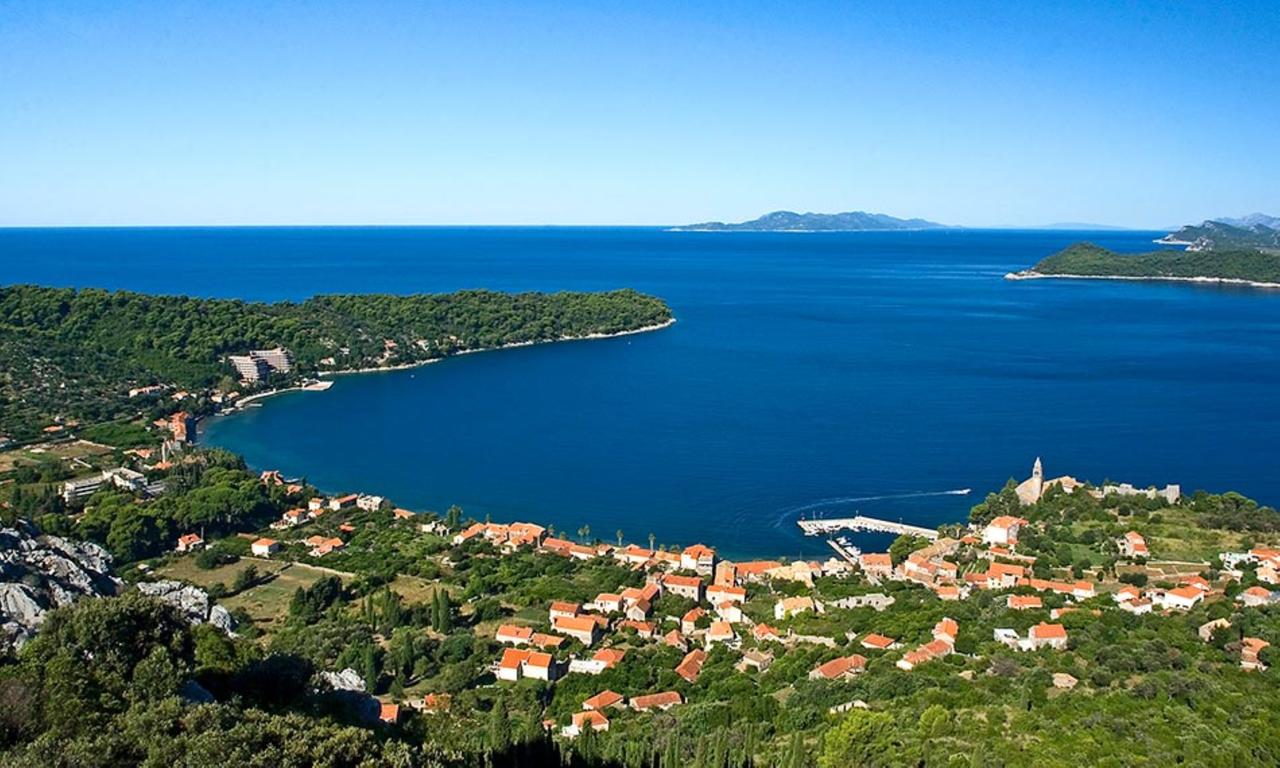 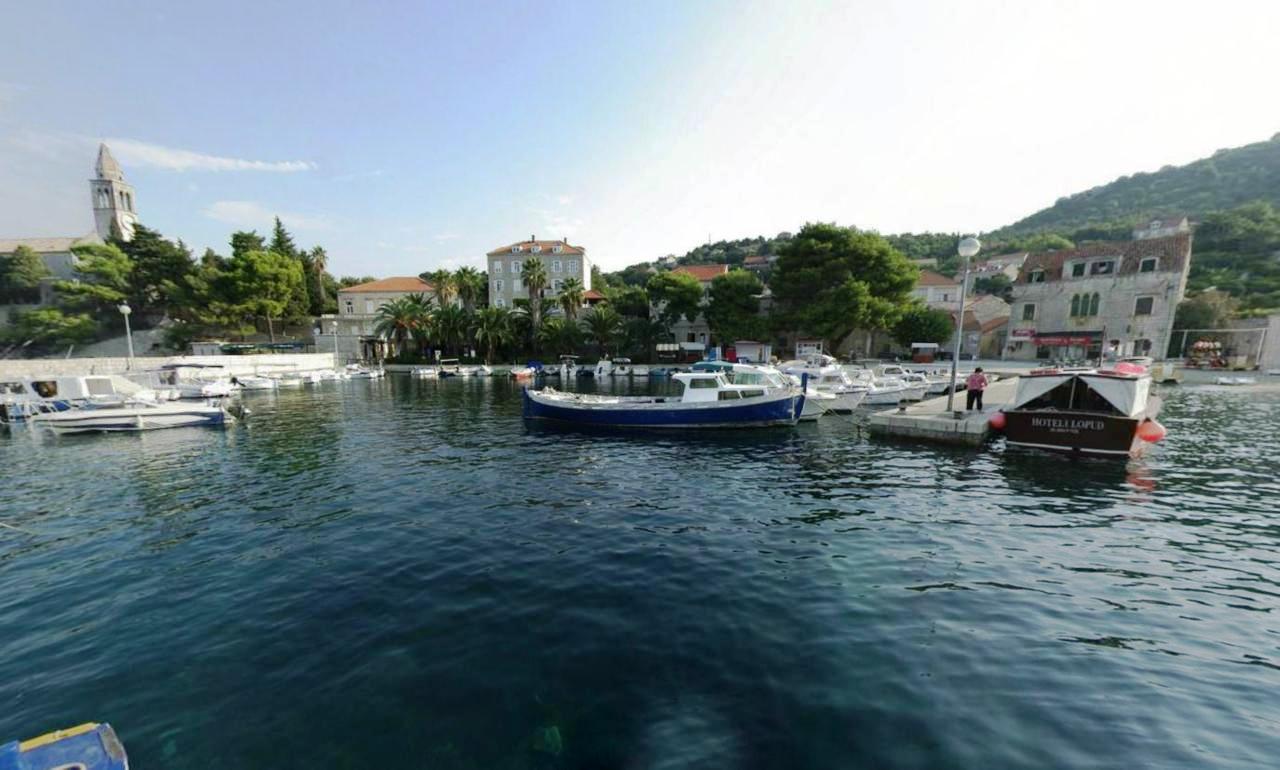 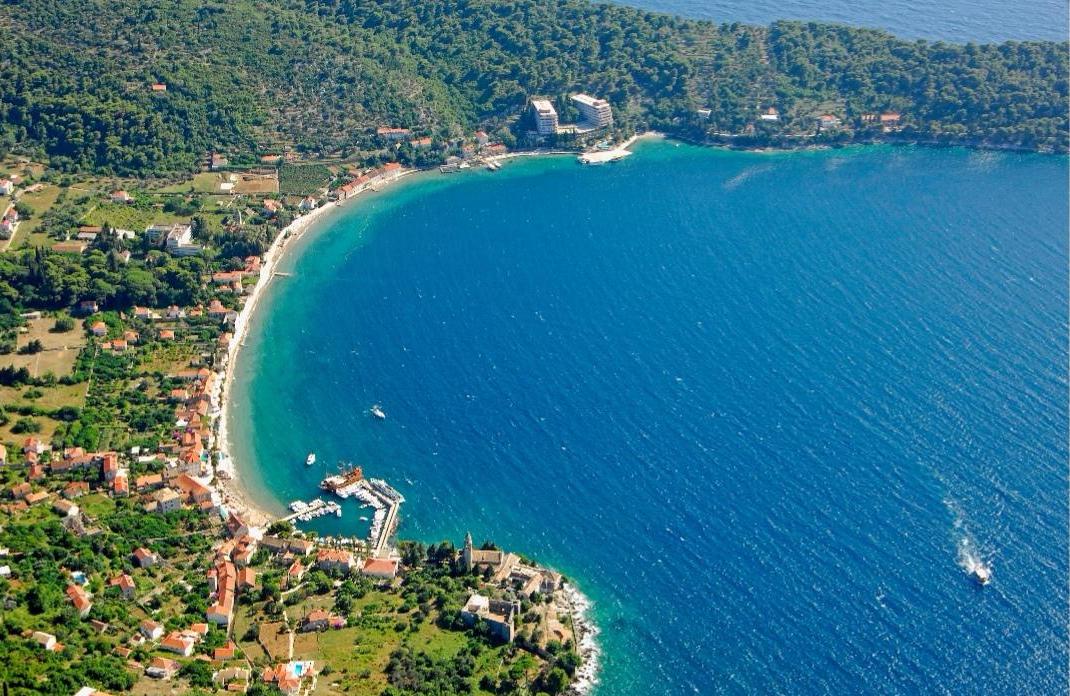 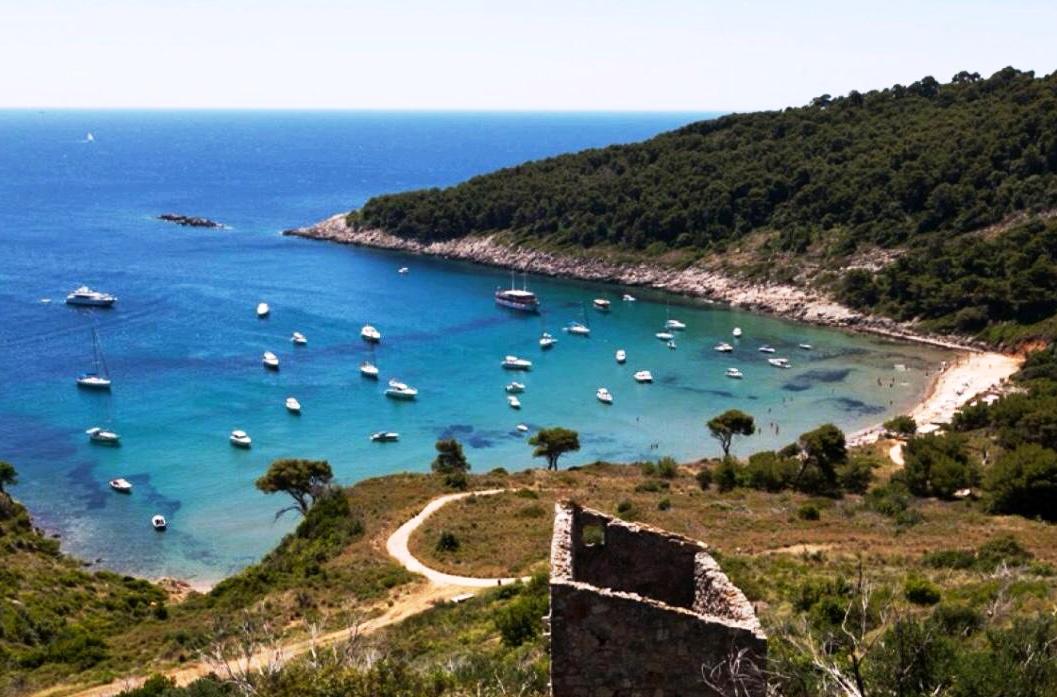 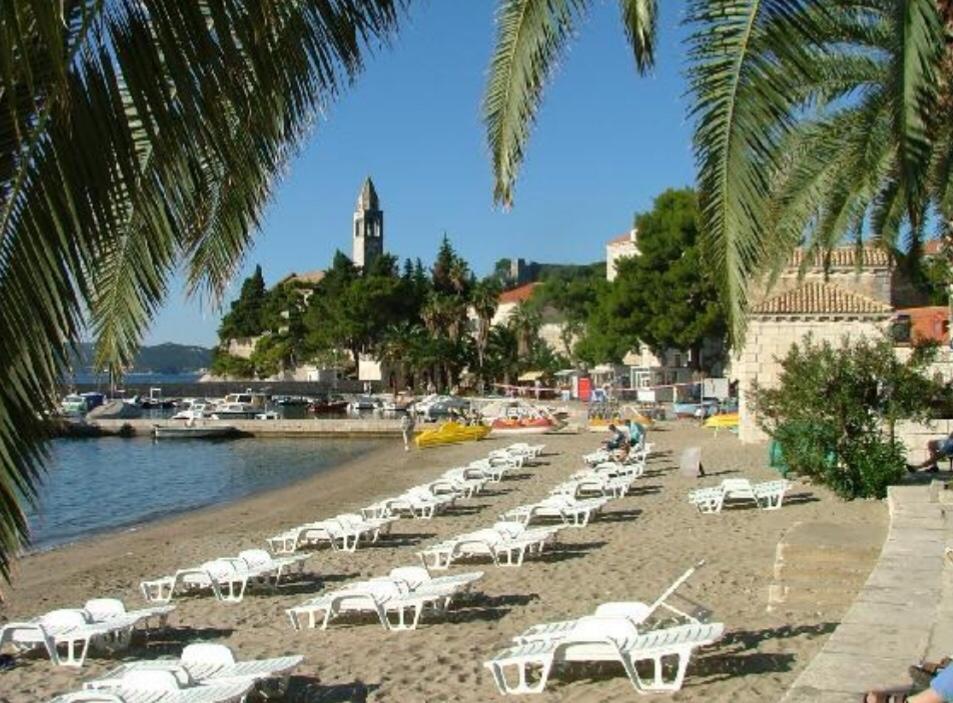