Plitvice National Park is located approximately halfway between Zagreb and Zadar. The park is one of Croatia’s most scenic areas and gained UNESCO status in 1979; it consists of 16 lakes linked by a series of spectacular waterfalls and surrounded with beautiful woodlands. Plitvice National Park is also home to a wide variety of woodland animals and rare bird species.

Within the Plitvice controlled visitor zones there are a number of wooden walkways which run alongside the lakes and waterfalls, there are also a variety of hiking trails through the woodlands. Other activities available in the Plitvice area include canoeing, cycling and fishing. The Park is open daily, all year round, with longer opening hours during summer and there is a reasonably expensive entrance fee which acts as a contribution to the Park's upkeep and its protection. In the summer the park is green and full of lush vegetation while in the winter the lakes and waterfalls freeze leaving spectacular ice sculptures.

Each year more than one million visitors come to relax and enjoy the beauty of the park. The main attraction is, of course, the 16 lakes which are oriented roughly on a North-South axis and can be thought of as a comprehensive system, rather than as separate entities. Through an elegant and rather complex process involving the dissolution of dolomite and limestone rocks and the subsequent sedimentation onto naturally occurring vegetation, the erosion process, which would typically have cut a continuous river system, has been somewhat suspended and results in this unique and picturesque system of lakes.

Plitvice Lakes are known just as much for their crystal clear water as for the waterfalls between them. This place has long been considered special and, although millions of people enjoy Plitvice every year, the delicately balanced environment is kept as pristine as possible… this is accomplished via exceptionally strict regulations and an excellent, dedicated team of park rangers.

** PRE-BOOK YOUR TICKETS AS PART OF YOUR HOLIDAY **

We strongly recommend pre-booking entrance tickets prior to arrival as the park authorities have begun strictly limiting visitor numbers. We can book fully-inclusive tickets for a date and time of your choosing and will arrange them for the most convenient gate for your specific hotel.

The entrance ticket is your contribution to the lasting protection and management of the Plitvice Lakes National Park. Choose from one-day or great value two-day tickets.

The entrance ticket includes the following:

At Entrance 1 and Entrance 2 of the National Park visitor parking is available for all types of vehicles. Parking is paid upon exiting the park, at the parking payment stalls (approx. £1 per hour, slightly higher in peak season).

History and Geography of the Lakes

Croatia’s first National Park established in 1949 covers 296.85 km2 and is the largest of the eight National Parks in the country. It ranges in altitude from 367m (Koranski Most) to 1279m (Seliški Vrh) above sea level. The park was inscribed on the UNESCO’s World Heritage List in 1979, in recognition of its "outstanding natural beauty and undisturbed production of travertine (tufa) through chemical and biological action". The park represents the phenomenon of karst hydrography and harbours a grand collection of waterfalls, a gallery of lakes, forests and a great diversity of animal life. The lakes are renowned for their distinctive colours, ranging from azure to green, grey or blue; the colours change constantly depending on the quantity of minerals or organisms in the water and the angle of sunlight. The sixteen lakes which are formed by natural dams of travertine are separated into upper and lower lakes and around 8km of pathways and wooden walking trails are accessible to visitors.

In the past the dwellers of this area were mostly cattle-breeders, farmers, millers, lumberjacks and woodworkers and their way of life greatly determined their diet and cooking. The food was kept on the earth, in "rukace" (earthenware); bread, the basic food, was made mostly of corn, and baked covered by ash and live coals in the hearth. Later "peke" or "pekve" (earthenware) were used, made by the local potters. Hard-boiled corn mush was also often prepared which was cooked from cereals (oats, barley and millet) and seasoned with butter.

Since the woods were the part of the dweller's lives it was used as the source of food; people often went game hunting (dormice were a delicacy) and gathered wild berries. Mushrooms were collected in the woods, too: morels and field mushrooms. It is quite surprising that, even though the lakes were nearby, the dwellers rarely went fishing, they mostly caught trout in the streams of Plitvica, Sartuk and Jasenica. Milk, which was plentiful in this area, was prepared in various ways: sour or sweet. "Kiselina" (sour milk) as well as cheese, butter, "basa" (soft cheese made of "skorupa") and cream were made on daily basis. In cheese making, rennet was used and butter was prepared in "stap", the special container - dairy products were mostly used during summer, with fresh or cooked vegetables, and dry - cured meat (smoked ham, bacon, sausages). One of the main delicacies was roasted lamb.

Today you can try some of this this traditional fayre in Plitvice Lakes National Park and one of the most popular restaurants is the Licka House restaurant (see below). Within the complex of the Park there are two more restaurants - Borje and Poljana, accompanied by many smaller establishments offering refreshments to weary travellers.

Restaurant "Lička kuća" was built in 1972 in a traditional style with the idea of offering exclusively traditional regional dishes and is located opposite Entrance 1. The restaurant underwent a complete refurbishment in 2003 and now consists of two floors with a total capacity of 270 seats in the main hall and 32 seats on the terrace. The first floor is divided into different sections, each representing different villages from Lika region, filled with typical folk items from bygone days, in the centre of the ground floor there is an open wood-burning stove for spit-roasted lamb and different authentic dishes such as veal and potatoes baked under a clay bell.

Guests are offered outstanding local dishes, made with exclusively homemade products and following traditional recipes. "Pršut" (smoked ham), "basa" (a dip like dish, made of fermented milk), "lička juha" (lamb soup with vegetables), different kinds of meat and potatoes baked under a clay bell, grilled meats, "police" (baked potato halves) trout from the local rivers, and deserts such as doughnuts, apple, plum or cheese strudel are just some of the delicacies offered at this excellent restaurant.

PLACES OF INTEREST NEARBY

The Hotel Jezero is situated in the heart of the Plitvice Lakes National Park, only 300m from the largest lake, Kozjak.

This architectural gem is located inside the National Park. A great value, unpretentious hotel.

Degenija Hotel is in Selište Drežničko village, in idyllic surroundings, just 4 kms from the entrance to Plitvice National Park.

The Etno Garden is close to Plitvice Lakes National Park in a small village called Selo.

Located in the picturesque village of Jezerce, the Miric Inn is only a mile away from one of the entrances to the Plitvice Lakes National Park.

Hotel Park is a superior hotel located in the centre of Otocac, ideal for the nearby Plitvice Lakes and Velebit Mountains National Parks. 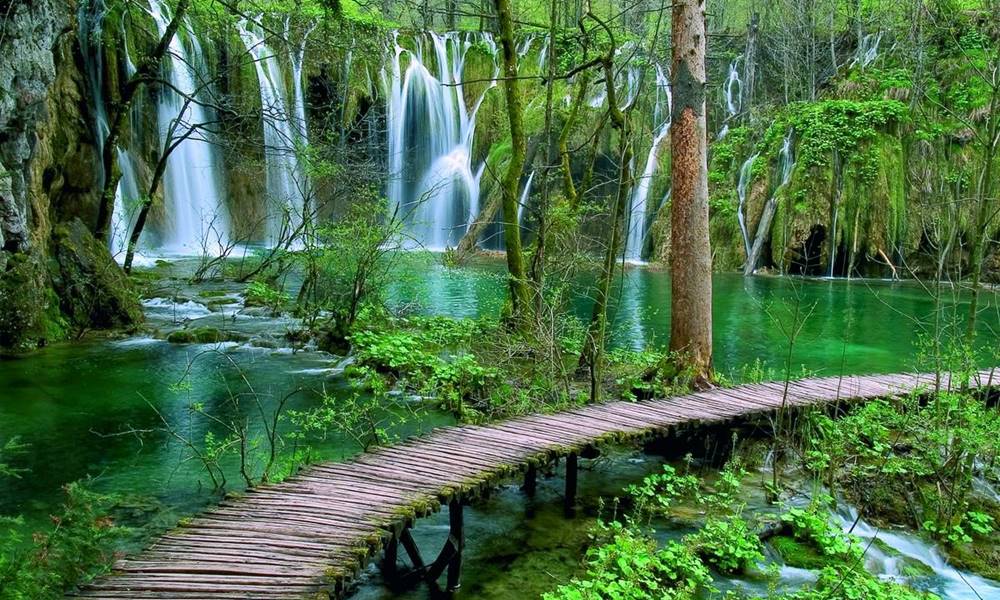 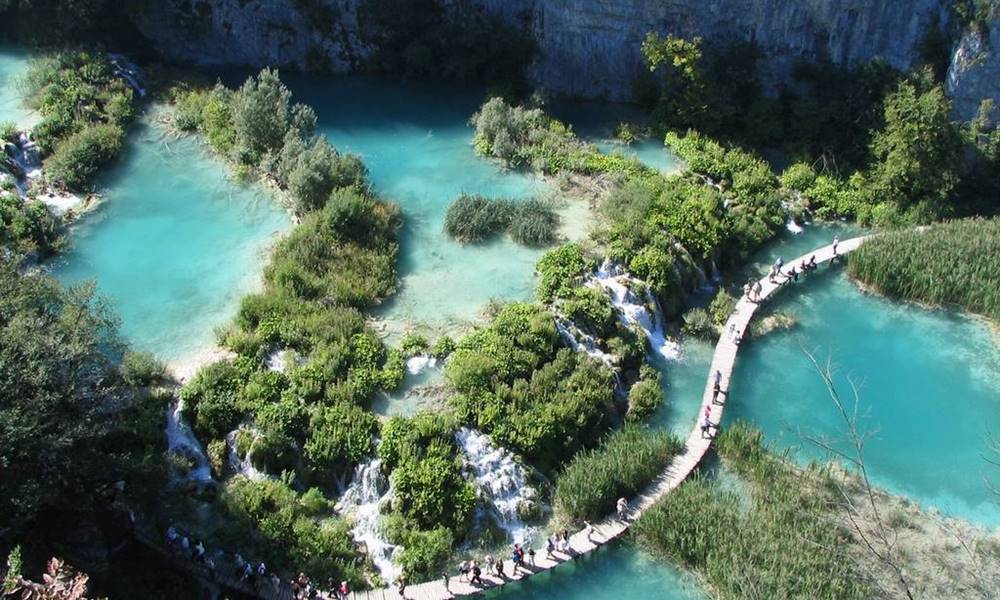 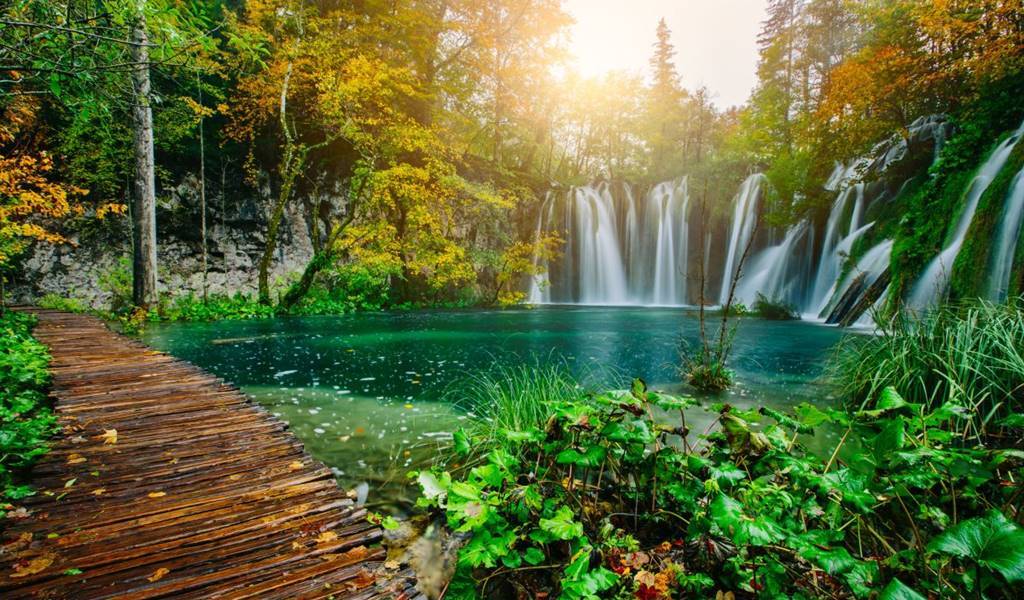 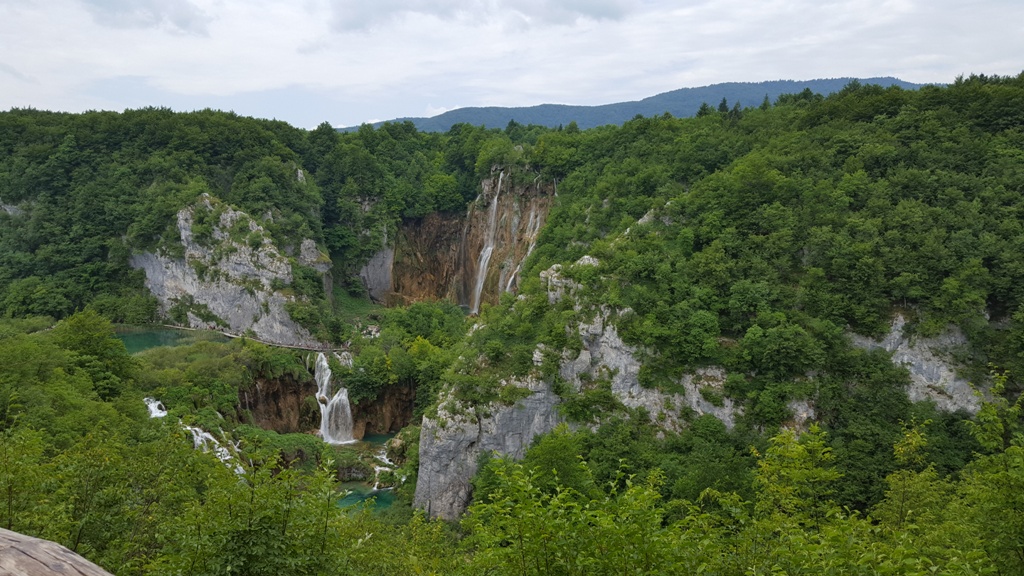 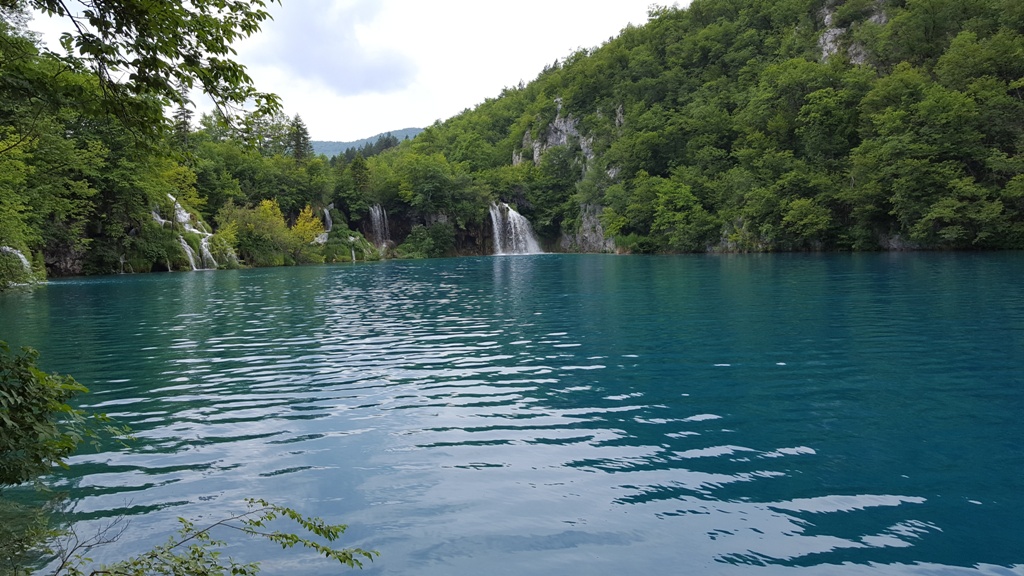 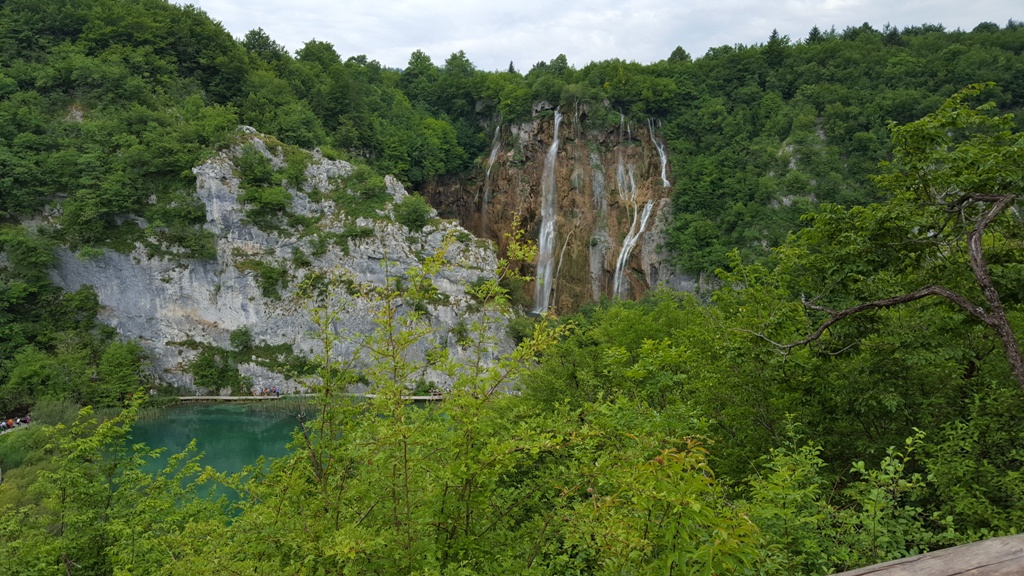 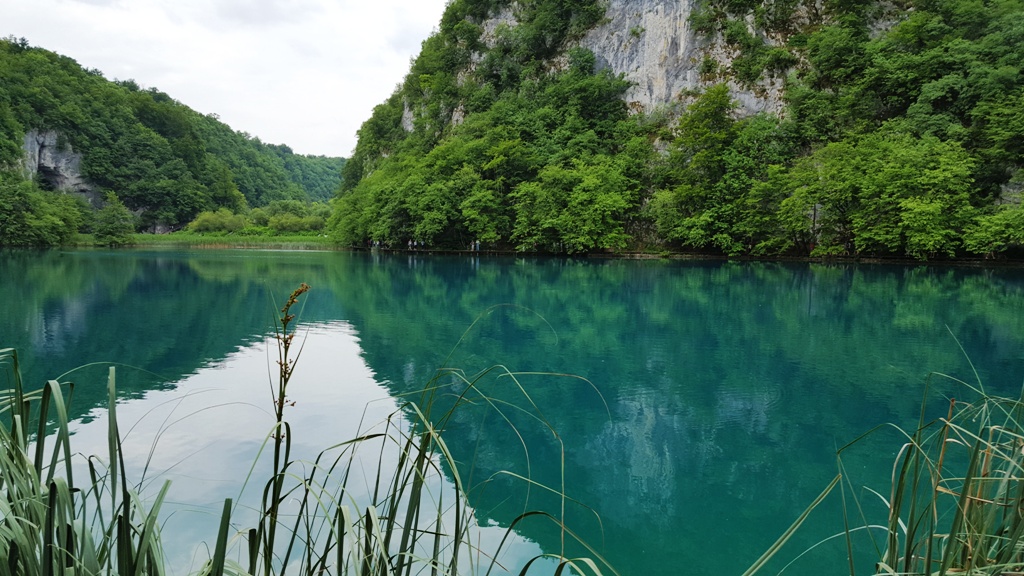 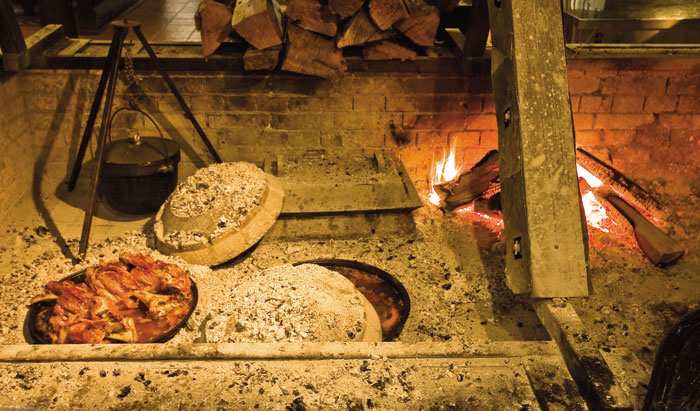 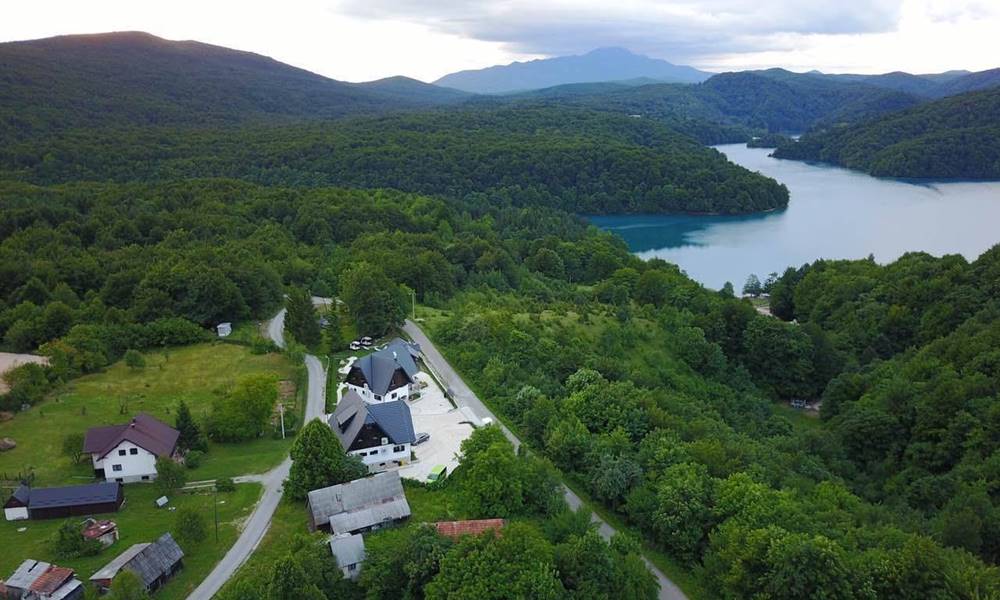 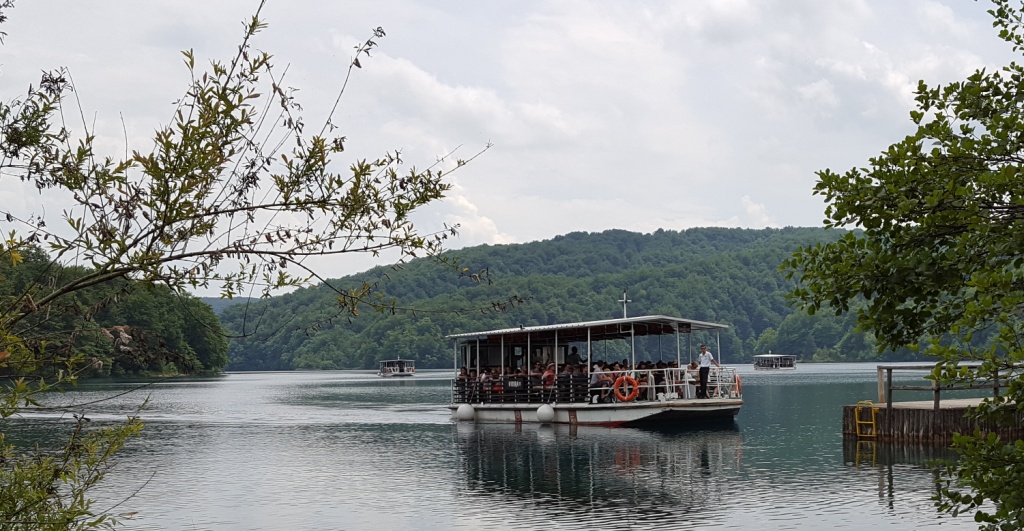 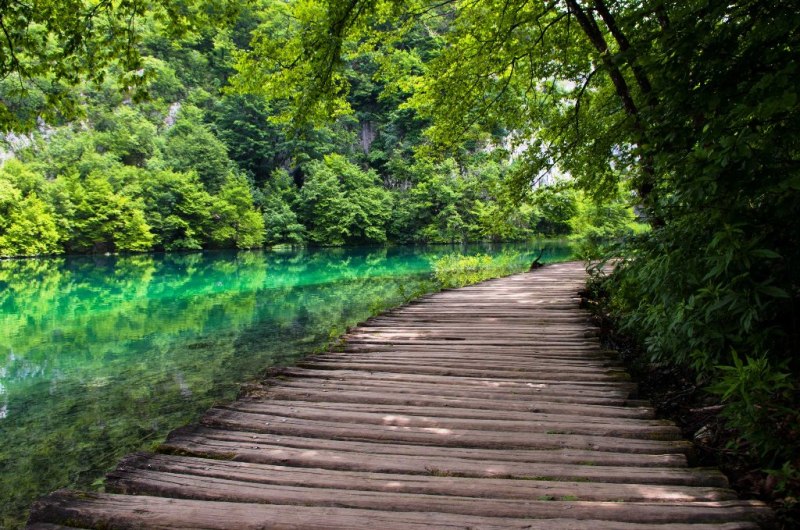 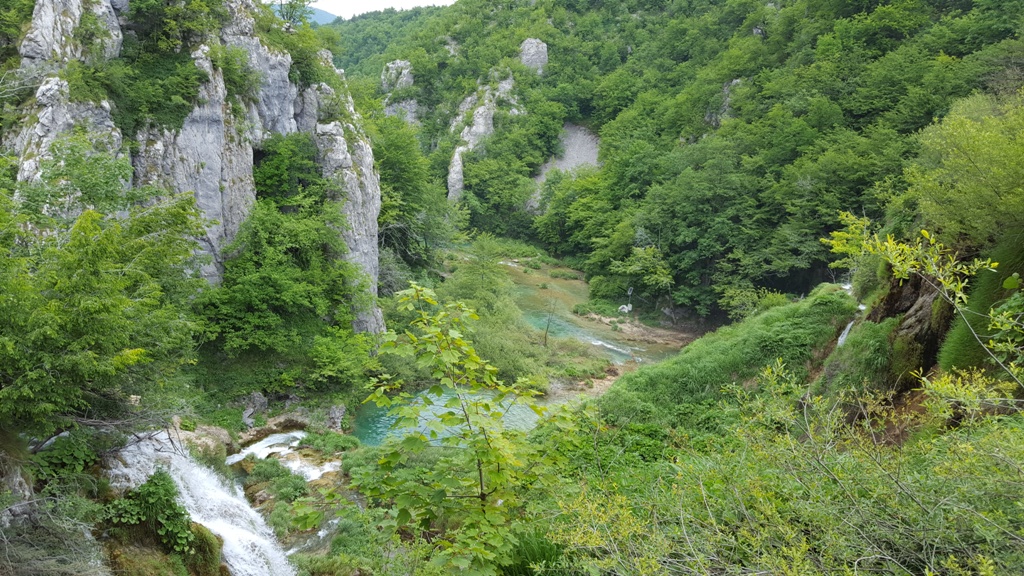 "All in all it was a most memorable and enjoyable holiday - a little challenging at times with things like absence of road signs and numbers!!! Thanks for the suggestions and planning - the hotels were much grander than we had expected - enjoyed their swimming pools which was an unexpected bonus. Probably the highlight for us was Plitvice - stunning!"

"Easily the best hotel we stayed in on the whole trip. Very welcoming, excellent room and good location for the national park. Internal restaurant was also excellent but the one alongside very crowded with average food. The only negative comment on this hotel was the car parking. If you are not there early you cannot park anywhere nearby as the diners next door just fill all spaces and all the roads around. We took the hotel’s advice and did the lower lakes in the afternoon of our arrival and ..."

"Just a quick note to say what a fabulous time we had in Croatia. The  hotels chosen where fabulous particularly Hotel Lero in Dubrovnik, Hotel Korsal in Korcula, Hotel Mediterran in Zadar and Hotel Degenya in Plitvice (the pool had only  been opened 10 days).  The days we were driving where really easy and the best route form Korcula to Split is definately better by ferry. I understand that the border crossings with Bosnia can be a pain and lengthy at times.  Got to see all my ..."

"The highlight of our trip was our visit to Plitvice National Park - it was truly stunning. We were so very glad we saw it in the non-peak period. "

"Well arranged by Rediscover the World, with useful input and advice. We should have asked about currency, but we were told by previous visitors to Croatia that Euros were widely accepted - except they are not! Take Kunas. Accessibility and safety risk assessments are not as developed as they are in the UK. Plitvice National Park is not accessible by anyone using a wheelchair and is unsafe for people using walking aids - I fell into the lakes as my walking stick went through a gap between the wooden ..."

"We've done road trips round other countries before but this one seemed just a little bit more luxurious. We very much appreciated the taxi transfers from the airport being organised for us already. Likewise, it was fantastic to have the hire care delivered to us and picked up afterwards. These two manoeuvres have caused a lot of hassle in the past. This kind of holiday can be exhausting enough as it is. I also liked that the rooms had been so carefully chosen. It seemed like you'd had a look round ..."

"We have had a lovely holiday, thank you. We had 3 lots of 2 nights in Roving, Plitvic and Zadar, and then a week in Primosten. This is the first time we had toured around with our children (aged 5 and 7). When we asked which bit they preferred, they said the 'road trip' - we much thought they would have preferred the beach/Primosten stay. So much to see and do in Croatia, limited only really by the heat. But that made it possible to enjoy swimming in the sea. Your hotel recommendations were all different, ..."

"predictably busy but excellent all round. Very well located for park, excellent kayak excursion organised and highly recommended - the day with the lads from the kayak centre probably the highlight of the week for us."

"Plitvice Degenija - everything about this hotel was excellent - staff, grounds , food, etc"