At the foot of Mount Parnassos lies the sanctuary of Delphi, which boasted the most famous oracle of Ancient Greece. According to mythology, it was at this point that two eagles met - they had been sent forth by Zeus to find the navel of the world. Delphi therefore became known as the centre of the world and for this reason it became a cultural and religious centre as well as a symbol of unity for the Hellenic world.

Between the sixth and fourth centuries BC, the Delphic oracle, regarded as the most trustworthy of all the oracles, was at its peak. It was delivered by the Pythia, the priestess, and interpreted by the priests of Apollo. Cities, rulers and ordinary individuals consulted the oracle, expressing their gratitude with great gifts and spreading its fame around the world.

The oracle was believed to have successfully predicted events related to the Argonaut's expedition and the Trojan War and it was the oracle's fame and prestige which caused two Sacred Wars in the middle of the fifth and fourth centuries BC.

Excavations began in the 19th century but this wasn't straightforward.... the mediaeval village of Kastri had to be relocated before a systematic excavation of the site could take place; this relocation was resisted by the residents. The opportunity finally arose to relocate the village when it was substantially damaged by an earthquake. In 1893 the French Archaeological School removed vast quantities of soil from numerous landslides to reveal both the major buildings and structures of the sanctuary of Apollo and of Athena Proaea along with thousands of objects, inscriptions and sculptures.

Four areas of the site have been reconstructed: the Treasury of the Athenians was fully reconstructed from the original materials by the French excavation team; the Altar of the Chians was reconstructed in 1959 by the Greek Archaeological Services; the Tholos and Temple of Apollo have had limited reconstruction.

Modern Delphi lies immediately west of the archaeological site and is a popular tourist destination on the major highway linking Amfissa with Itea and Arachova. There are hotels and guest houses in the town as well as tavernas and bars.

The Trans-European Footpath E4 passes through the east end of the town.

The characterful Arion Hotel enjoys a panoramic view of the Corinthian Gulf and is a short distance from the classical site of Delphi.

A delightful, family-run hotel close to all local amenities, the archaeological site and the museum.

The Amalia Delphi lies at the foot of Mount Parnassus and offers panoramic views to Itea and the town of Galaxidi. 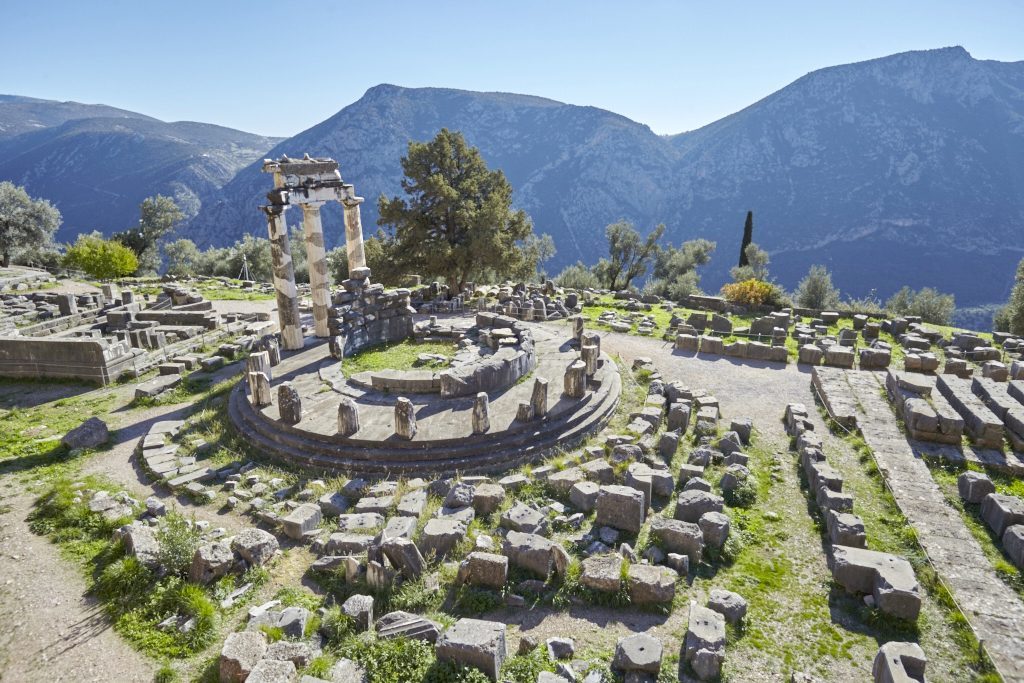 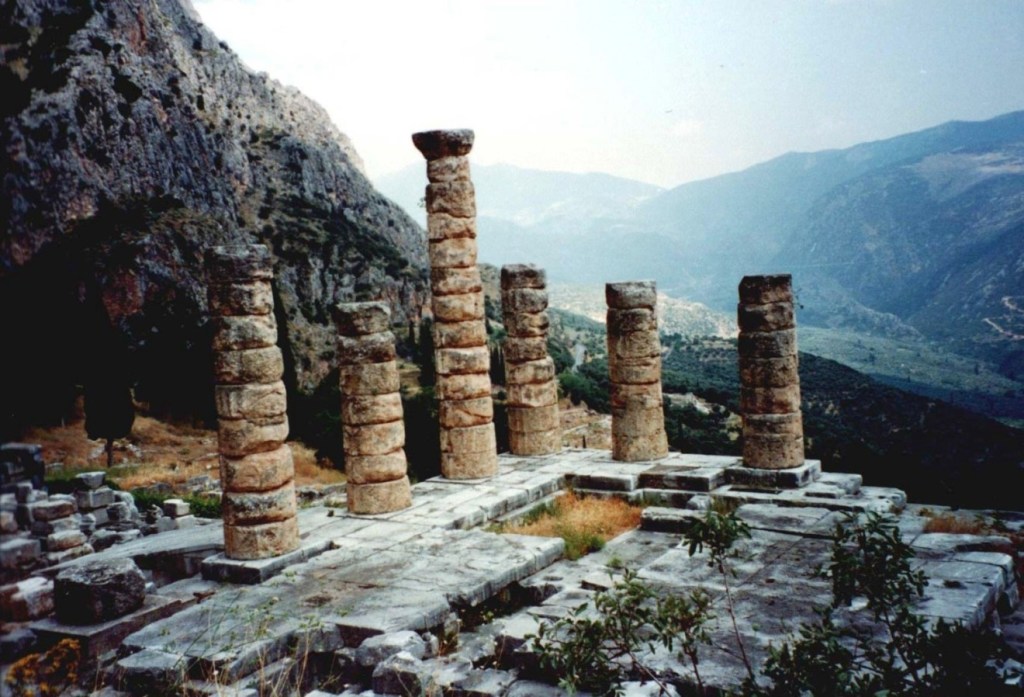 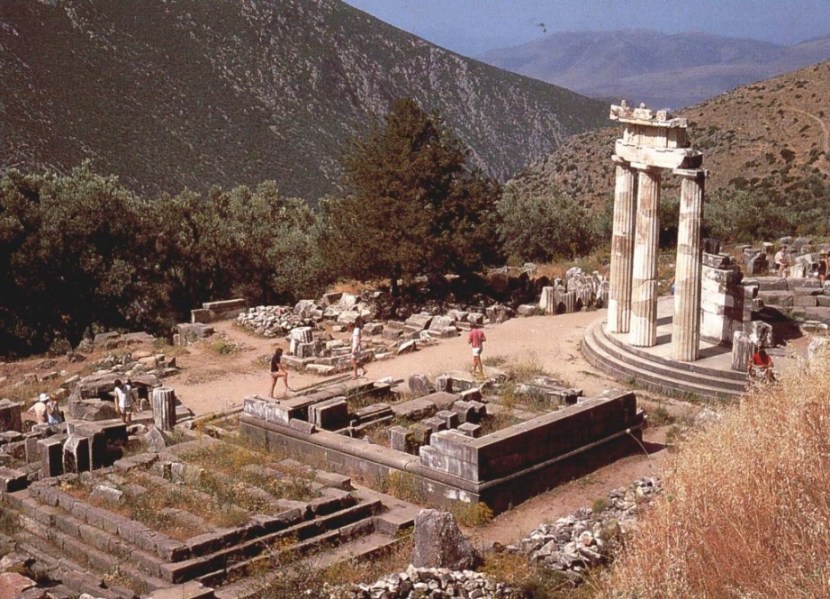 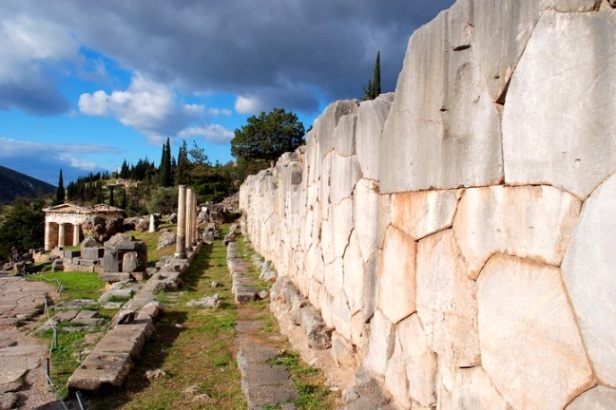 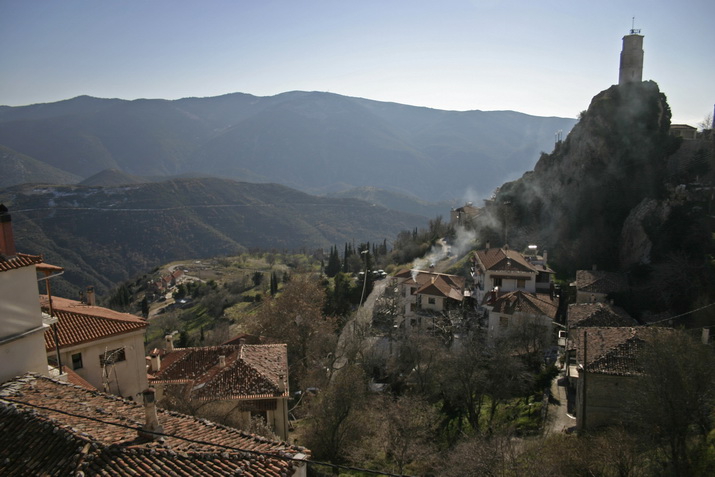 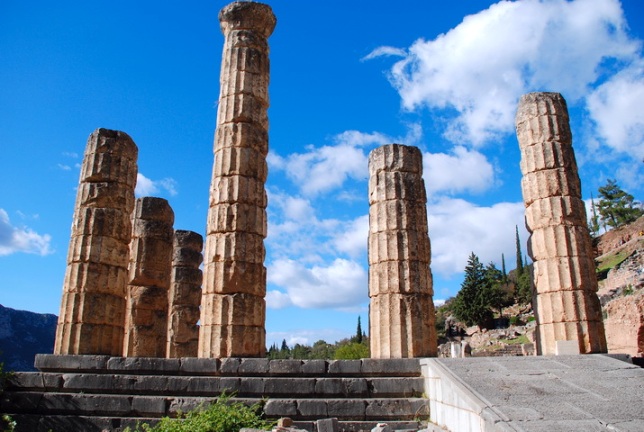