The National Park of Durmitor consists of a great plateau at an average height of 1500m and stretches across the territory of five municipalities - Žabljak, Šavnik, Plužine, Mojkovac and Pljevlja; it is intersected by deep canyons from which imposing mountain peaks rise and was declared a UNESCO World Heritage site in 1980. There are more than forty peaks with an altitude over 2000m (e.g. Bezimeni, Medjed, Savin kuk, Crvena greda, Obla glava, Rbatina, Planinica); the highest and the most dominant is Bobotov Kuk, also known as Cirova Pecina (2523m). Within the park there are 18 glacial lakes, known locally as "mountain eyes", all located at 1500m; for example Crno (Black Lake), Zminje, Trnovacko, Susicko and the Big and Small Skrcko lakes. The biggest, most popular and the most beautiful is the Black Lake, placed in the middle of a coniferous forest in the foothills of Medjed, close to Zabljak. An unusual natural phenomena of this lake is the underground bifurcation, which means that the water from the lake flows in two different ways, through the underground passages, into two different rivers, the Tara and Piva. During the summer, when the water in the lake warms up, visitors come to swim; in winter the lake is frozen and the main attraction is to skate across it. This lake is within walking distance from Zabljak, particularly the Hotel Soa.

In the centre of the park is the small town of Žabljak (1450m) which is the biggest winter resort in Montenegro, offering a good choice of accommodation, infrastructure for winter sports and tourism services; hiking paths are marked and there is an organized mountain climbing guide service. Zabljak is the administration centre of the municipality and is surrounded by the biggest mountain peaks, Bobotov and Savin kuk, and by Medjed, in whose shadow is the famous Black Lake. One of the greatest attractions in this area is the Canyon of the Tara River, less than twenty kilometres away to the east - in 1991 the Zabljak area was designated an ecological zone. Fresh air and a large number of sunny days make it a perfect place for excursions and walking.

Zabljak has imposing ski slopes, chair lifts and many hotels of various categories with a wide range of services and a good choice of restaurants. The majority of buildings are designed as "mountain cottages" with steep rooves perfectly fitting into the whole mountain environment; sitting by a crackling fireplace, you'll feel the true magic of mountain life. At higher altitudes such as in the Kalica area, there is a "thick snowdrift" where one can ski in summer. Culinary specialities in the Zabljak are rich and diverse; recommended are the famous and widely recognizable prosciutto and cheese, kastradina (dried mutton), bread, pies, lamb on a spit, lamb boiled in goats milk and grilled trout.

The Tara river canyon, known as "Tear of Europe", is at the foot of the mountain massif of Durmitor and greatly contributes to the natural and ecological value of the region. The river with its emerald green colour, unpredictable nature, inaccessible shores and various underground obstacles represents one of the greatest challenges for adventurers, fishermen, lovers of rafting and canoeing. If you take into account its canyon depths up to 1300m, and its length of 68km, Tara ranks first in Europe and second in the world (behind only the canyon of the Colorado River in the USA). The river Tara springs in the north of the country and then merges with the river Piva so that  together they make the river Drina one of the longest and most abundant river waters in the Balkans. For centuries this strong mountain beauty had carved the limestone it runs through and shaped numerous narrow parts, gigantic obstacles and chasms. Its banks are steep, covered with forest arising from the cold depth of the canyon; at some points a torrential river becomes calm and peaceful and there are rare parts where you can cross the river called "gazovi". Near Bistrica, the bed of the river is so narrow that according to the local people you could jump from one side to the other, this unusual place is called Đavolje lazi (Devil's Bush). The banks of the river and sides of the canyon are covered in thick vegetation such as black pine, black hornbeam, black ash, elm and some linden and at higher altitudes you can find hornbeam, maple and beech and at the highest parts of the canyon, above 1,000 meters, there are fir trees and spruce. Black pine (Crna poda), trees can be over 50m tall and over 450 years old in places. Today, the canyon attracts tourists looking for adventure and a thrilling contact with nature; rafting, whether on a rubber or wooden craft is an adrenaline rush. Wooden rafts are made in traditional way with logs and they were once a major means of transporting timber. Ask us about rafting and the incredible zip wire experience at Tara Most (Tara Bridge).

This driving route is one of the most impressive journeys in the region. Discover the unique, wild landscape and fascinating nature of the Durmitor National Park and the Piva Nature Park in northern Montenegro. You can explore the route as a day trip from Žabljak, Šavnik or Plužine or as a starting point for numerous hikes. The Durmitor Ring is signposted in both directions. We recommend driving counter-clockwise.

Žabljak is the perfect place to start your journey on the Durmitor Ring. The small town is the gateway to the Durmitor National Park and the touristic centre of the region. The Tara Canyon is one of the highlights of this panoramic road, it is the deepest gorge in Europe and the second deepest in the world after the Grand Canyon in USA. You have a particularly good view of the canyon from Ćurevac, which you can reach via a short detour. Mala Crna Gora means "Little Montenegro". The village is known because there is no access during winter months and its inhabitants are cut off from the rest of the world for months. The panoramic road crosses the Sušica Canyon, which is 15 kilometres long and up to 700 metres deep. At the bottom of the valley you can make a detour to Lake Sušica, which, however, dries up completely during summer time.

The Nevidio Canyon is the place where millions of years ago the mountains of Durmitor and Vojnik crashed into each other and the river Komarnica cut the canyon deep in the rock. Located 50 km south from Žabljak, the name Nevidio (Never Seen) or Nevidbog (Never Seen by God) speaks for itself - it is very difficult to access. Its cliffs are so close to each other that at some points they prevent the light from getting in which means it is one of the biggest climbing challenges in this part of Europe only being first conquered in 1965. There is a huge waterfall - Grabovine, a couple hundred meters before the entrance, mountaineers usually go in late summer because the water is not so high but you still need full climbing equipment including diving suits. On the way through the three and a half kilometres long canyon you will come across waterfalls, straits, cascades, white water, narrow channels and a whole gallery of natural sculptures. The hardest challenge is the so-called Gate of Kamikazes section which is about 80 meters long and in some parts only 25 centimetres wide; those who decide to take this alpine adventure must know that once you get in and start going down the galleries, cascades and waterfalls you cannot go back - you have to go all the way to the end.

The Polar Star is close to Zabljak, in Borje, on the way to the Tara canyon. The hotel is designed in traditional mountain style and surrounded by meadows and mountain peaks.

Hotel Soa is located in the centre of Žabljak, 1450 metres above sea level with a view of Mount Durmitor. Zabljak, in the north of Montenegro, is one of the most beautiful mountain resorts in the Bal ...

The Hotel Zabljak is located in the town centre & faces the peak of Durmitor. 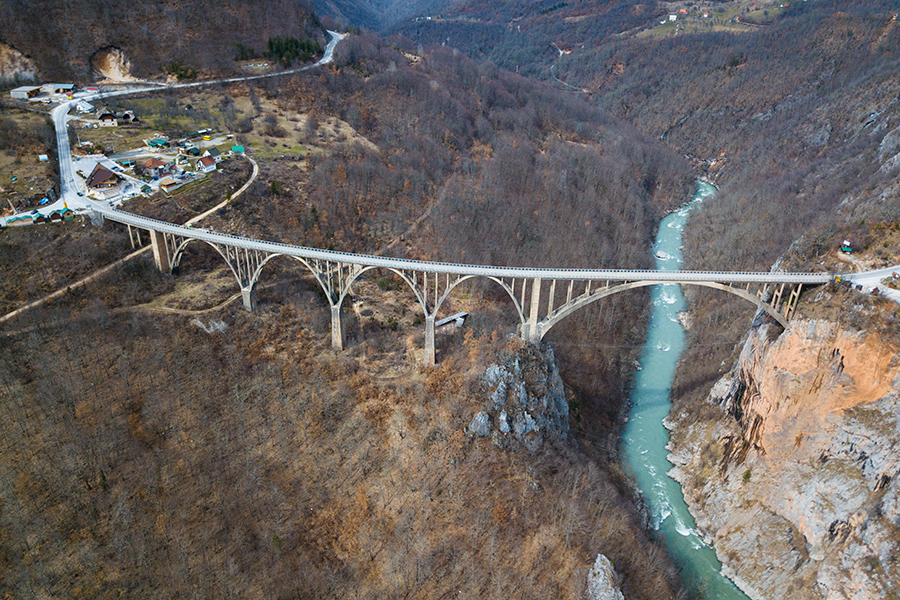 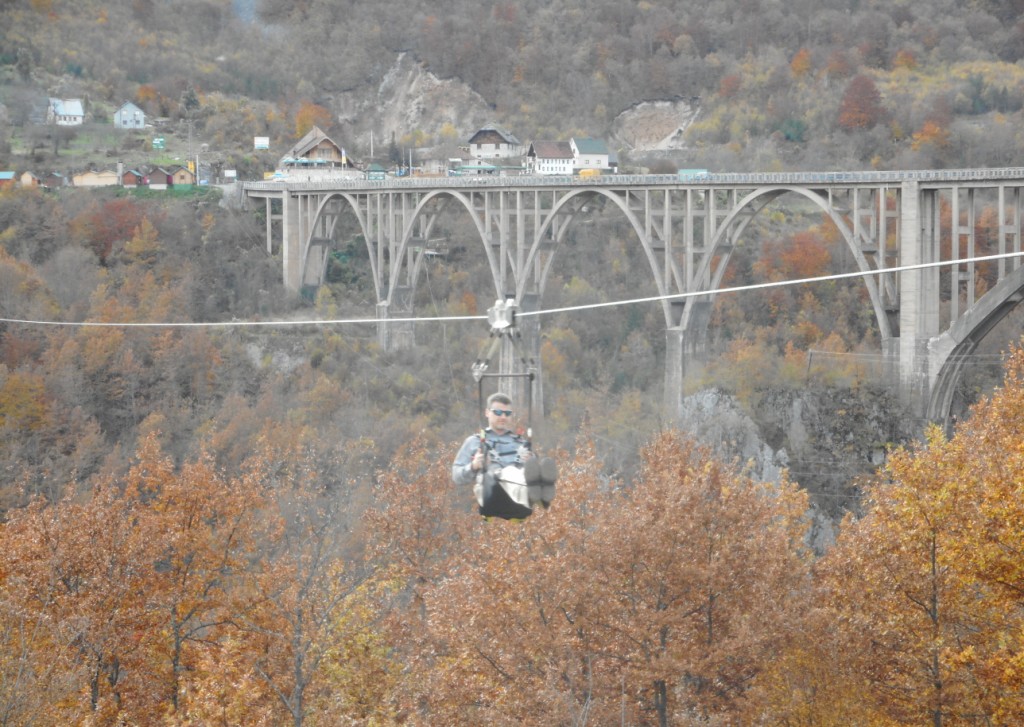 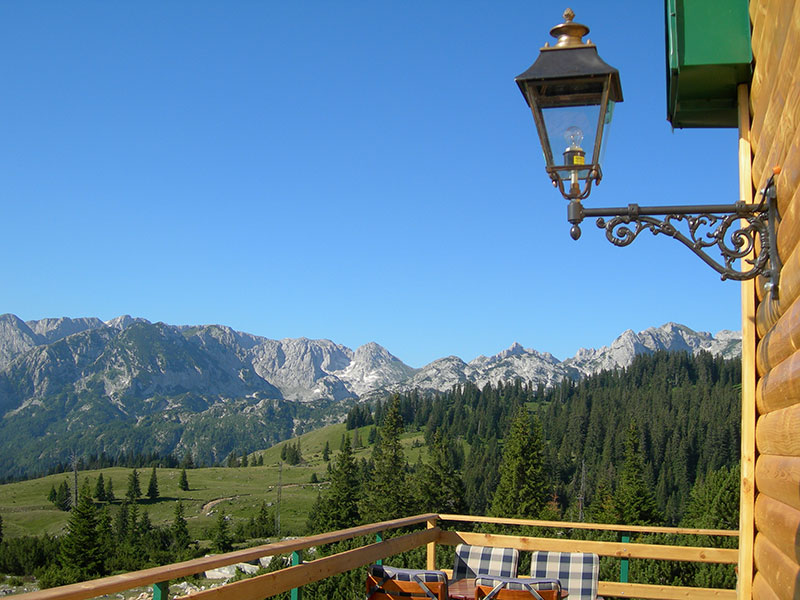 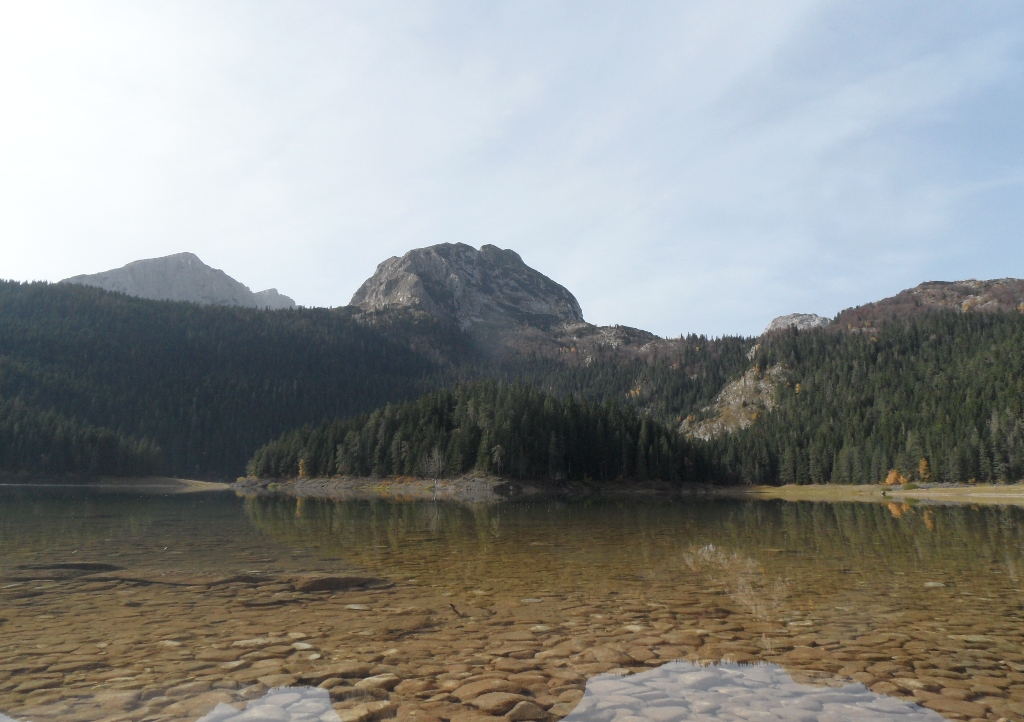 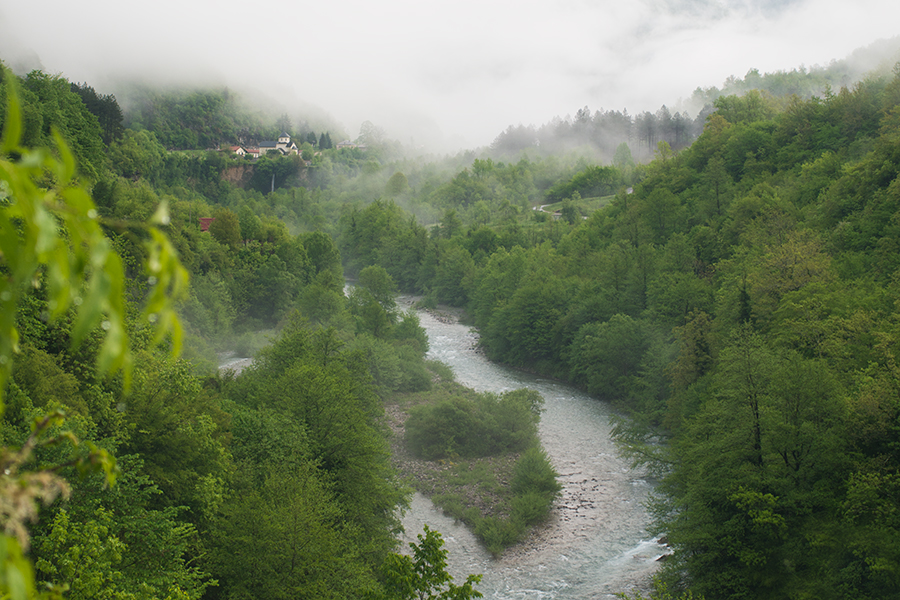 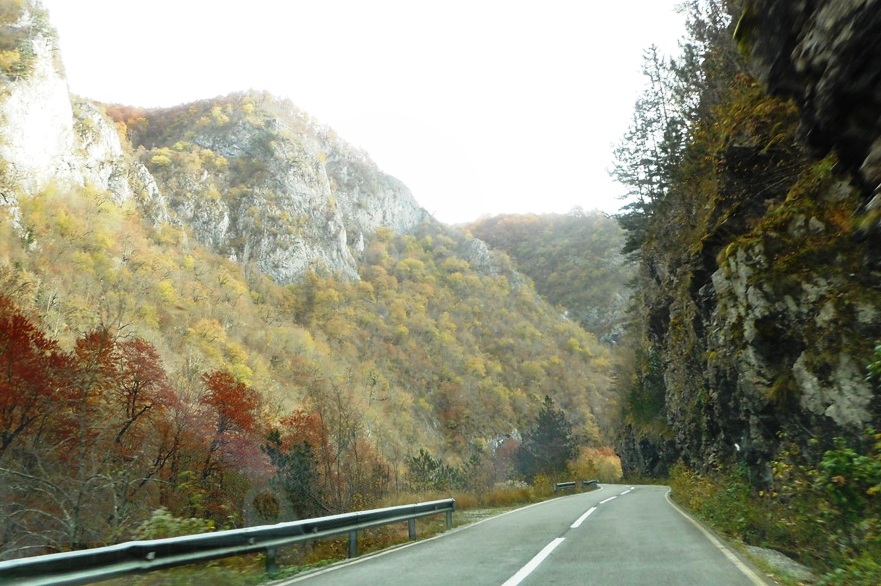 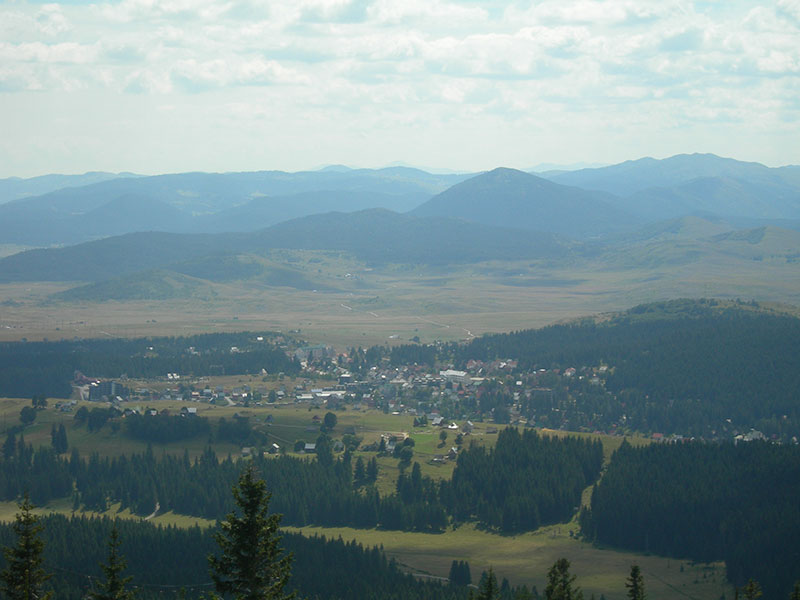 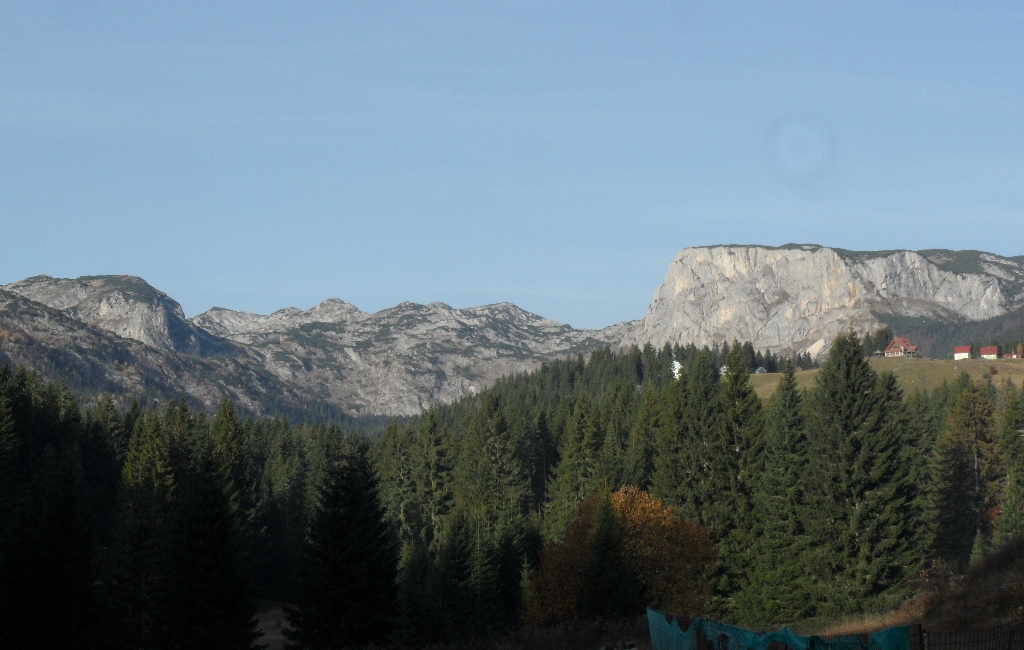 "We had a fabulous time. The organisation went like clockwork. The airport pick up and drop off were excellent, the hotels were exactly as you had described. Amathus Travel were very helpful when our hire car was delayed (only stuck in traffic so no issue) and also they spoke to us a couple of days before to change our airport pick up time for our return home, as the traffic had been so bad recently in Kortor Bay, we were very pleased with their thoughtfulness. We loved Montenegro. What a stunning ..."

"Fantastic holiday, booked at short notice. All plans worked well. Local people exceptionally helpful. Thank you for your help. For feedback - Hotel Kula Damjanova was a little disappointing as they had a big function on in the evening with extremely loud music and we had to eat outside which was cold and rainy and the food & service was rather disappointing. We could hear the guests in the next bedroom very clearly and the water supply was sporadic. However we are easy going so it was not a particular ..."