The Hotel Olympia is an elegant boutique hotel in the historic centre of Thessaloniki, just a few paces away from the Roman Forum and some of the cities iconic churches. It is characterised by clean lines, natural materials such as wood and granite, earthy colours and well designed furniture are all combined to create a picture of frugal elegance. This environment along with an excellent service, make HO the suitable destination for the modern urban guest, the leisure or business traveller.

History of the building - Loutra Olympia

1932
In the centre of Thessaloniki, underneath the so-called Dioikitirio, Baths “OLYMPIA” opens for the very first time. The luxurious infrastructure and the unknown for the time services such as shower, hammam, massage, physiotherapies etc introduce new customs to the daily routine of the city and Baths “OLYMPIA” very quickly became the beloved meeting point of all citizens of Thessaloniki.

1964
Where the baths were grounded, at the block between Olympou and Venizelou street, Hotel OLYMPIA is built, with ambitious prospects and for the following 15 years it operates along with the baths.

1980
After 45 years of operation, the famous baths finally close down and this family hotel is completely renovated. Hotel “OLYMPIA” with 111 new rooms, a restaurant and a cafeteria, begins to write its own story, as one of the first "luxury" hotels in the city.

2007
The historical “OLYMPIA” hotel is now called Hotel Olympia and is once more completely renovated to become an elegant boutique hotel with high specifications and adapt to the new needs of the urban environment. HO continues, up to now, the tradition of offering quality hospitality. 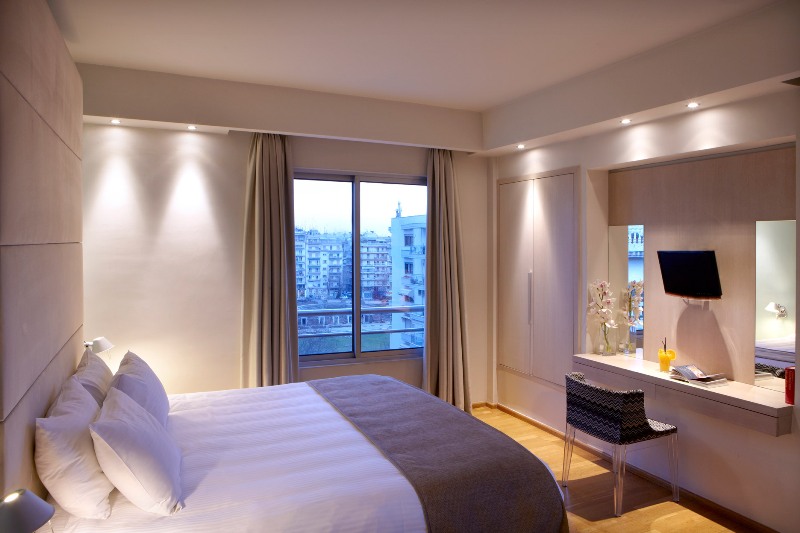 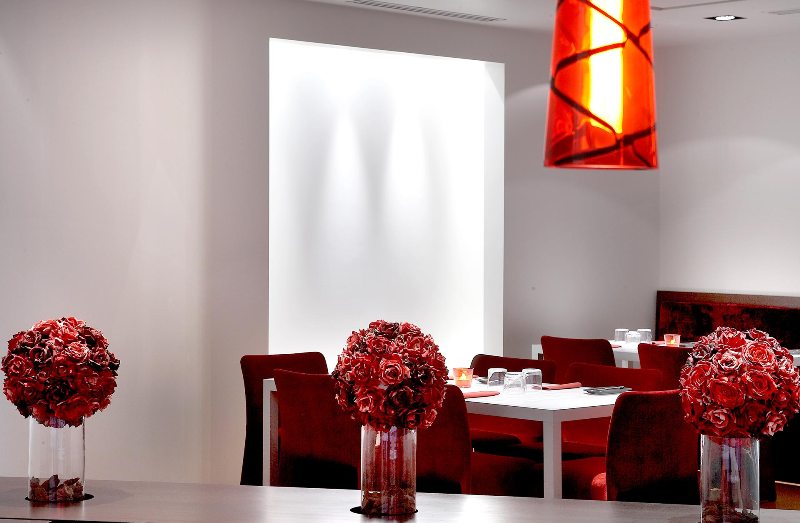 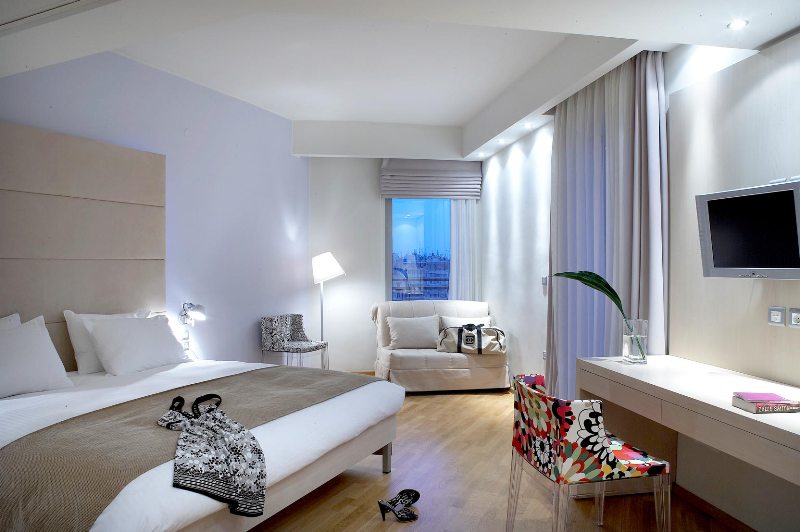 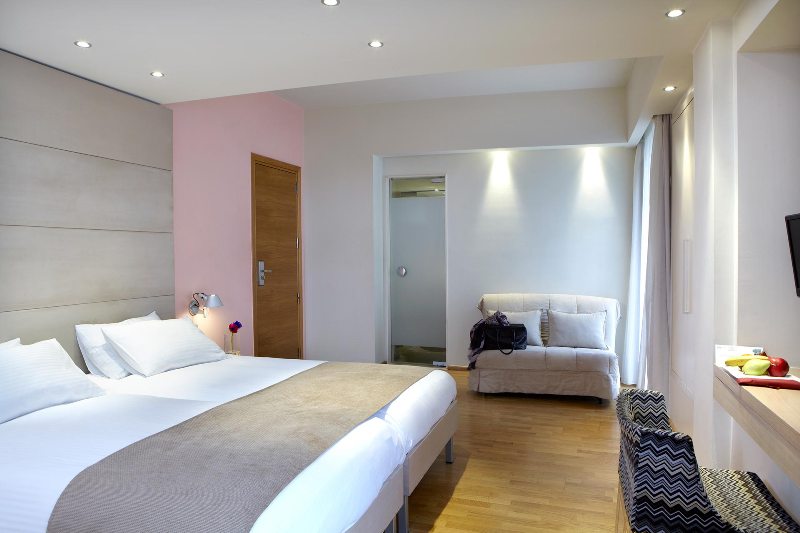 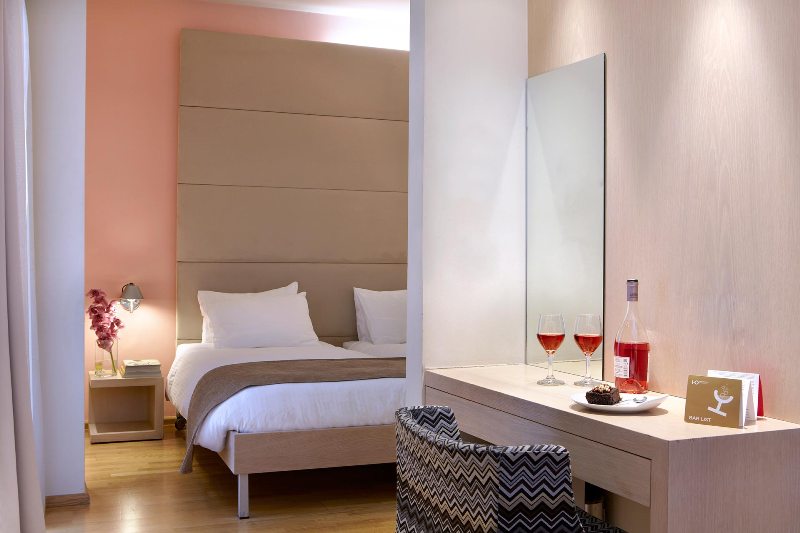 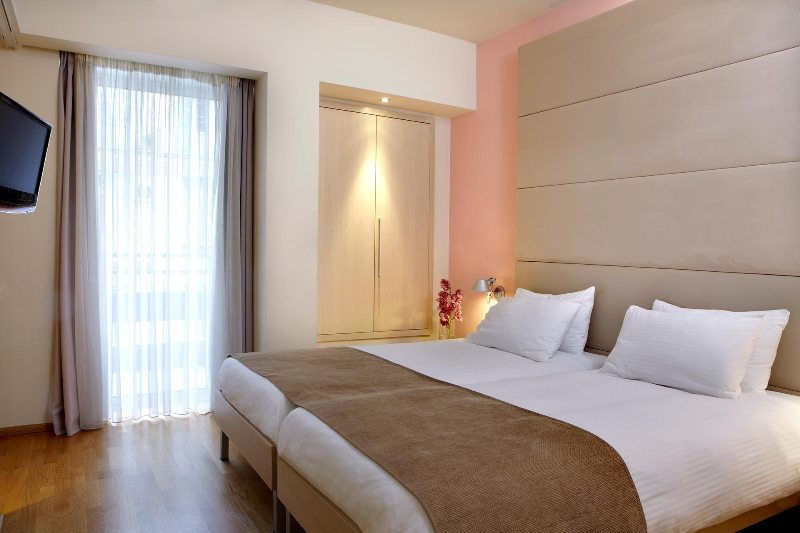 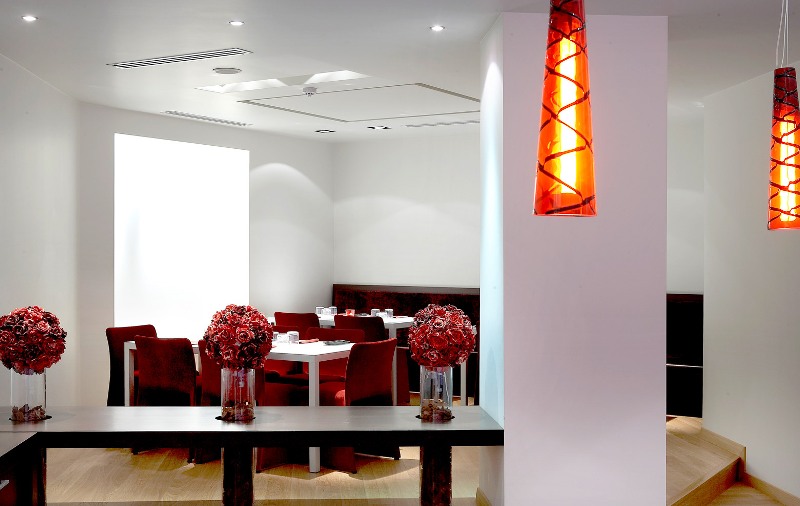 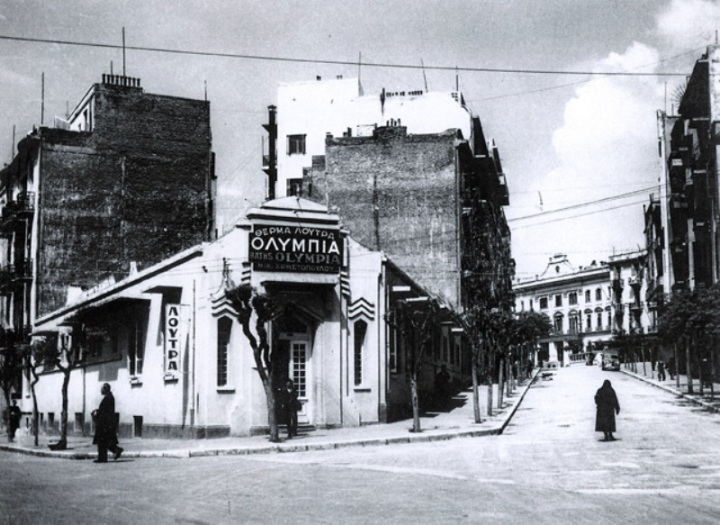 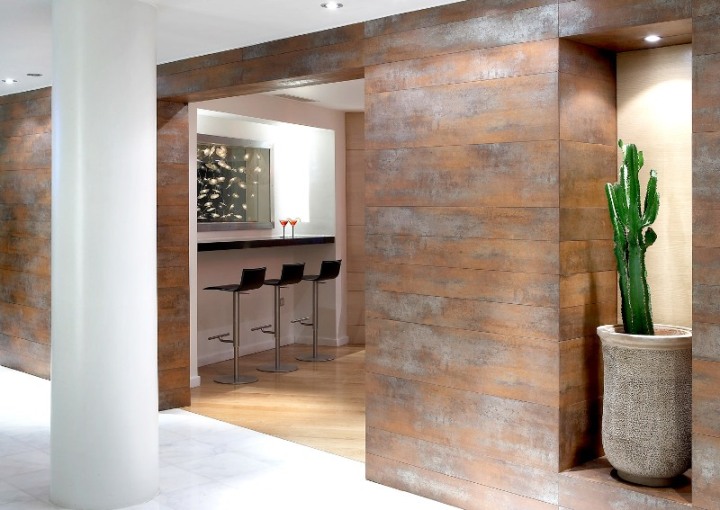 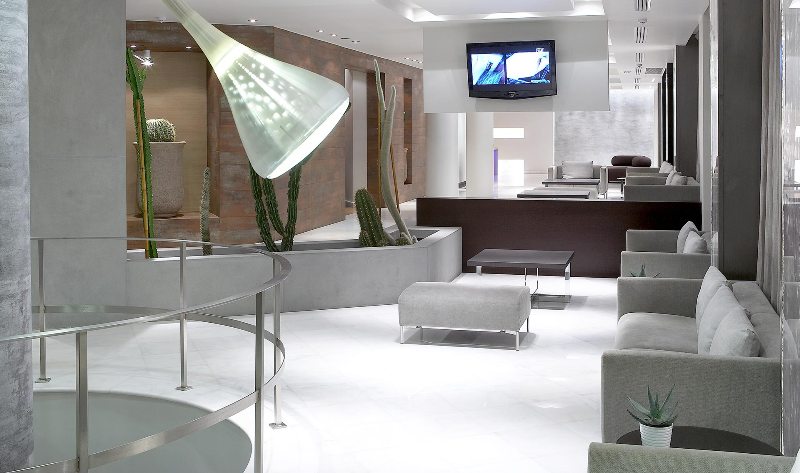 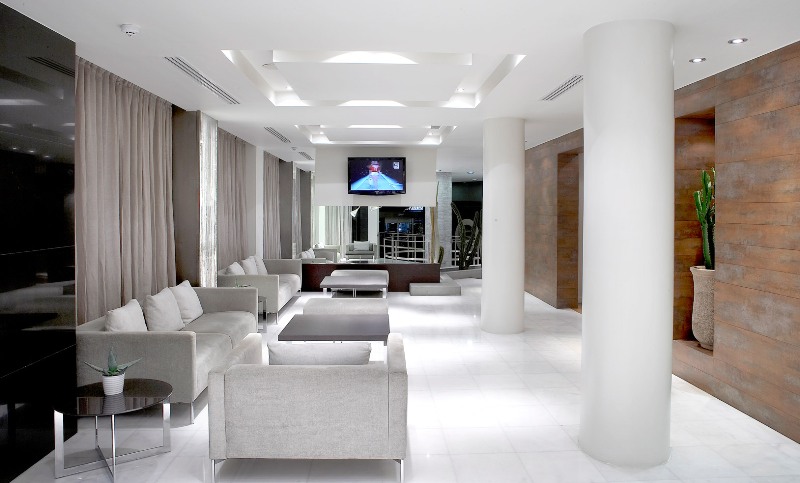 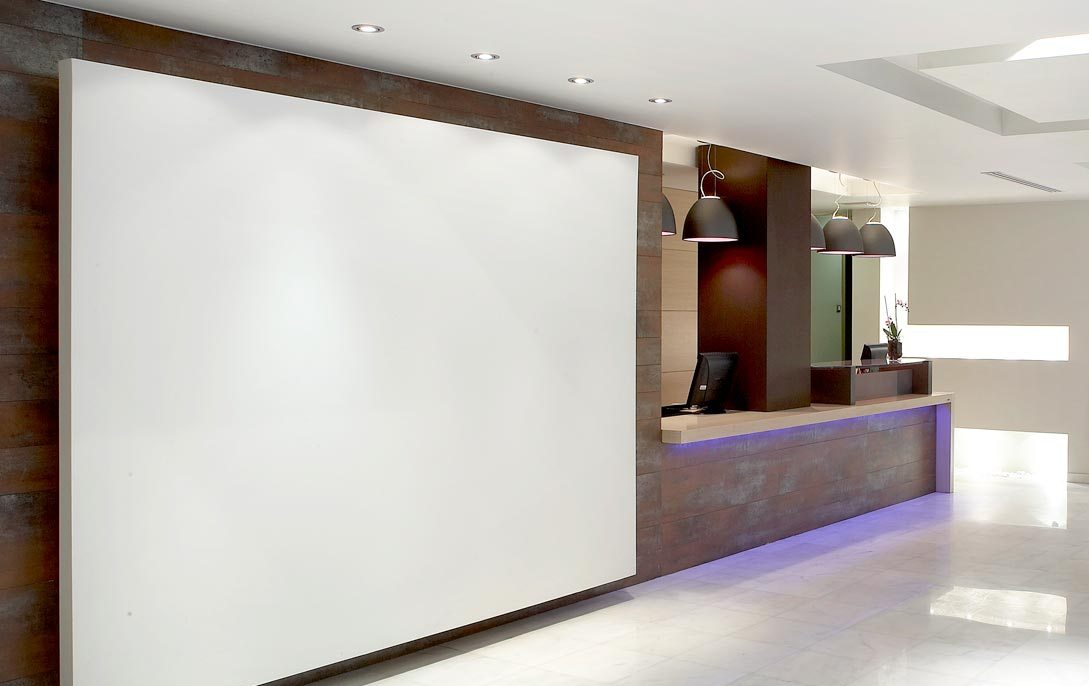 H2O Restaurant - the hotel's lounge restaurant offers gourmet and light cuisine based on the principles of the Mediterranean diet and made of fresh and quality ingredients. Hotel Olympia’s chef designs the seasonal menu and within that also prepares the daily menu. This daily menu includes main course, salad, one glass of wine or draft beer and dessert.

The Hotel Olympia has been accredited by the Hellenic Chamber of Hotels for its Greek Breakfast A wide range of fresh home-grown products and traditional recipes like feta cheese, Greek honey, olives from Kalamata, yellow cheese and cold cuts from Crete, sweet chalva and koulouri (bread sticks with sesame) from Thessaloniki, handmade bougatsa (cream pie) and many more are offered daily in the breakfast buffet.

Campari Bar - inspired by Ingo Maurer’s designed lamp. Its warm colours, luxurious materials and sophisticated decoration make the Campari Bar the ideal place to start your day with nice cup of coffee or end it with beloved cocktails accompanied by light dishes.